Metal 3D printing has already had profound impacts on prototyping and manufacturing tooling, but with the ability to mass produce highly complex end-use parts, Desktop Metal Additive Manufacturing 2.0 is poised to transform the manufacturing landscape.

What is Additive Manufacturing 2.0?

As the first additive manufacturing systems to unlock benefits like mass production of end-use parts, mass customization, tooling-free manufacturing and more, the Shop System and Production System are poised to kick-start a revolution in manufacturing, what Desktop Metal calls Additive Manufacturing 2.0.

And at the heart of both systems is binder jetting, a technology that enables additive manufacturing to compete with traditional mass production methods by delivering a host of benefits – chief among them speed.

Because they’re built around inkjet print heads – the same type of print heads found in millions of at-home printers – binder jetting printers can produce parts as much as 100 times faster than laser powder bed fusion systems.

While that speed allows binder jetting systems to deliver per-part costs that can compete with traditional processes like casting and forging, speed is just one of many advantages. Binder jetting also offers many of the traditional 3D printing benefits – everything from the ability to create complex geometry, including internal features and channels, to unlocking generative design to assembly consolidation and more. It’s the combination of those benefits with the speed of binder jetting that truly unlocks the potential of Additive Manufacturing 2.0. Besides being fast and capable of manufacturing complex shapes, binder jetting systems are also incredibly accurate.

With a native resolution of 1200 dpi, the Shop System is the highest resolution single-pass binder jetting system available, and is capable of producing as many as 670 million drops of binder each second. That precision makes it easy to create parts – like this clipper blade – that feature incredibly fine details that would normally require expensive tooling.

The Production System, meanwhile, combines 1200 dpi resolution and layer heights as small as 50 µm with a unique Single Pass Jetting system that uses every movement of the print head to build parts.

The result is a system that is not only accurate enough to print a watch bezel with precise detailing around its edge, but also fast enough to produce as many as 1,200 of them in a single build, at a cost of just $1.06. 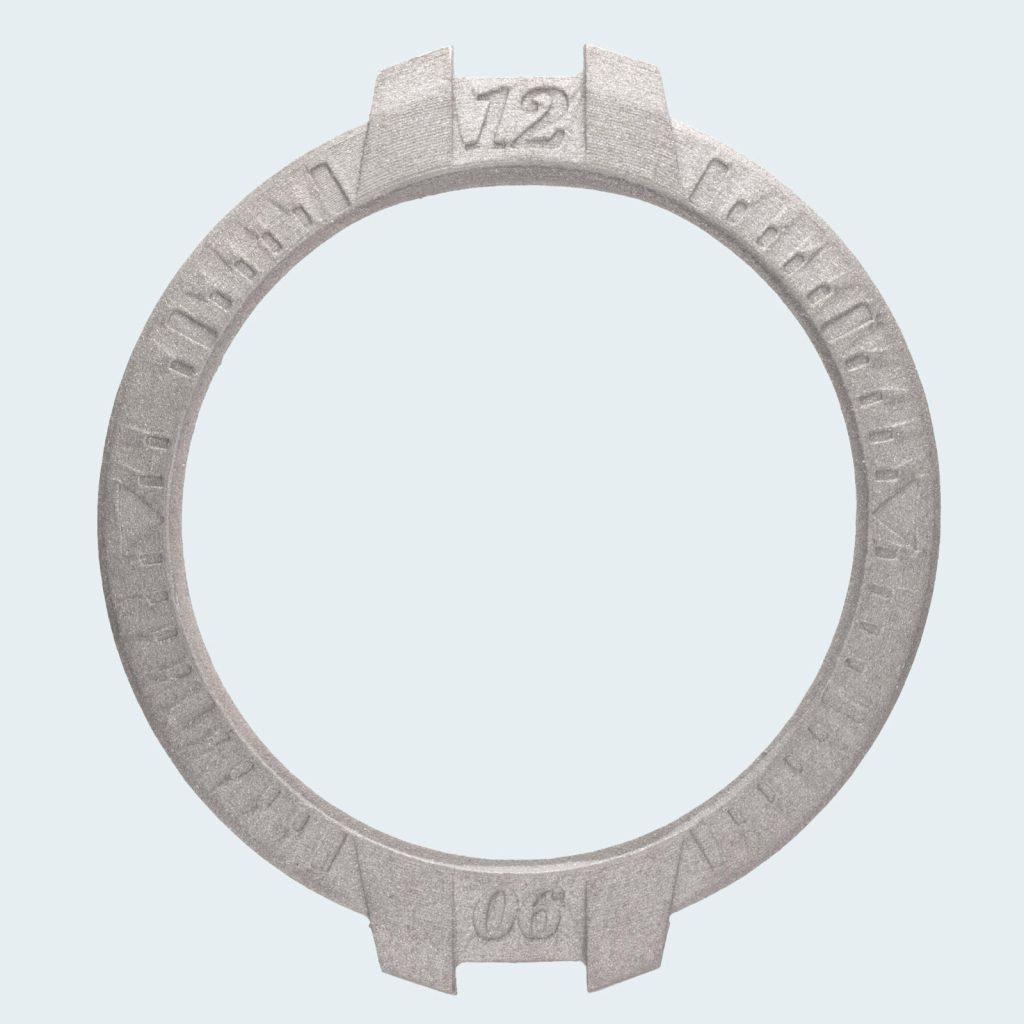 Unlike other approaches, though, binder jetting also enables batch production, meaning manufacturers can produce multiple versions of a single part in a single print, ultimately helping to reduce part costs.

One of the other key areas where binder jetting systems excel has to do with what happens after parts are printed. For many laser-based systems, the first step following printing is often hours of post-processing to machine away support structures and free parts that must be welded to the printer’s build plate.

Binder jet parts, by comparison, are supported by loose powder in the build chamber, eliminating need for time-consuming post processing. The lack of support structure also allows parts to be densely nested, maximizing the number of parts produced per build and helping to ultimately lower per-part costs.

Further reducing part costs is the fact that some binder jetting systems – particularly the Production System – use low-cost MIM powders, meaning customers can rely on established suppliers to deliver the volume and variety of metal powder needed to support volume production.

Laser-based systems, by comparison, have a limited materials menu. Because they only work with low-oxygen metal powders, their material costs can reach as high as $60 per kilogram, resulting in finished part costs that run into the hundreds of dollars per kilogram – far too costly for mass production.

Binder jet systems can recover and reuse loose powder — the Desktop Metal Production System can be recycled as much as 99 percent of unused powder — resulting in less waste and more cost efficiencies.

With Desktop Metal-engineered powders and processing parameters, the Shop System is designed to be a turnkey binder jetting solution, allowing users to easily go from design to finished part.

Among the most important characteristics of those parts is the fact that binder jet parts are isotropic, or equally strong in all directions.

That hasn’t always been true for 3D printed parts. Because they’re built up layer-by-layer, some parts – depending on printing method – may be stronger in one direction than another. To compensate for the difference, designers were forced to reorient parts for printing to ensure mechanical stresses fell along their strongest axis.

Binder jet parts, by comparison, emerge from the furnace fully dense, meaning they’re equally strong in all directions, giving designers and engineers greater freedom to both design and print parts in the way that best suits their needs. 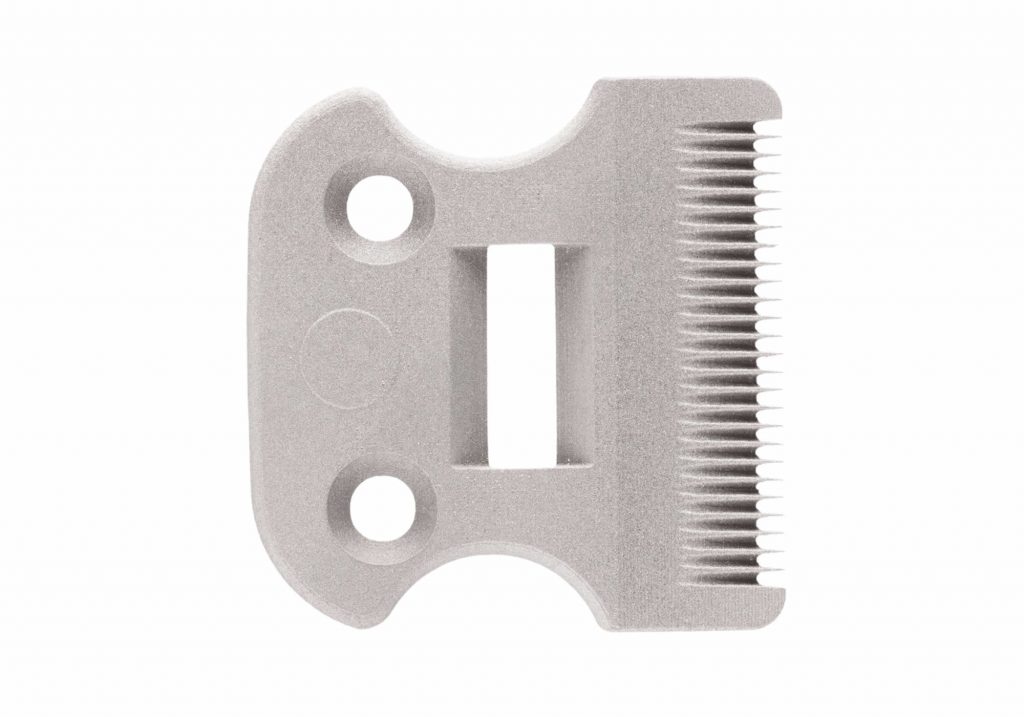 Binder jetting also changes the cost equation when compared to traditional manufacturing, which have largely been dominated by labor and material costs.

Because they’re faster and more productive, binder jet systems can help drive down those equipment costs by allowing manufacturers to more quickly amortize the cost of equipment over larger production volumes. On the labor side, costs will be driven down as automation continues to develop.

By investing in binder jet systems, manufacturers can ultimately expect to see a variety of savings – the initial savings from lower material cost and production efficiency and speed, and later savings from reduction in labor cost.

Binder jetting’s impact, however, seems likely to reach beyond the manufacturing floor.

A key technology driving the emergence of Additive Manufacturing 2.0, today is poised at the edge of a revolution, one that will reshape how we manufacture many of the things we use everyday.

Safe and simple to use, the Studio System was designed to bring metal 3D printing to the shop floor by allowing engineering and design teams to make metal parts faster, without the need for special facilities or dedicated operators.

3DEXPERIENCE Works revolutionizes how you Work and Collaborate!

How to leverage Process Automation with DriveWorks

How to Inject Metal Additive Manufacturing into your Company

Automotive Manufacturing Trends and the Emergence of 3D Printing

Expanding Beyond SOLIDWORKS Simulation with SIMULIA

How does Data Management affect my entire company