Thrush Aircraft, Inc. designs and manufactures specialized aerial application aircraft, which are used for agriculture, forestry, border surveillance, and fire-fighting functions worldwide. Founded in 2003, Thrush is well known for building the most durable aircraft in the aerial application industry, which pilots and operators agree are the best flying planes for these purposes. All Thrush models provide superb visibility, light control response, and a high degree of maneuverability and speed, along with superior efficiency and low direct operating costs. Today, there are more than 2,100 Thrush aircraft operating in 80 countries.

The company’s recent success may not have occurred had the company not pursued a more aggressive product development effort. Although Thrush’s predecessor, the Ayres Corporation, went out of business, visionary businessman Payne Hughes bought the assets of the defunct Ayres Corporation in 2003, and the greatest turnaround in agricultural aviation began. Under Hughes’ leadership, the company’s staff, capabilities, and product line were completely revamped. Then the company’s massive production facility in Albany, Ga., re-emerged as Thrush Aircraft, Inc.

According to Lead Design Engineer Fernando Alvarado, revamping the company’s product development platform played an important role in the company’s turnaround. “We were using AutoCAD® 2D design tools, which were not very efficient,” Alvarado explains. “While we knew that moving to a 3D design environment would provide benefits in terms of accelerating development and increasing throughput, we needed to find a way to pay for 3D software. So we convinced management that we could sell a piece of equipment that we no longer used—an old FaroArm—and use the proceeds to upgrade from 2D to 3D design.”

After evaluating 3D design solutions—including Creo®, Inventor®, NX®, and SOLIDWORKS®—Thrush decided to standardize on SOLIDWORKS, implementing several seats of SOLIDWORKS Premium design and analysis software. Thrush chose SOLIDWORKS because it is easy to use, requires less training, and provides access to a range of integrated solutions. 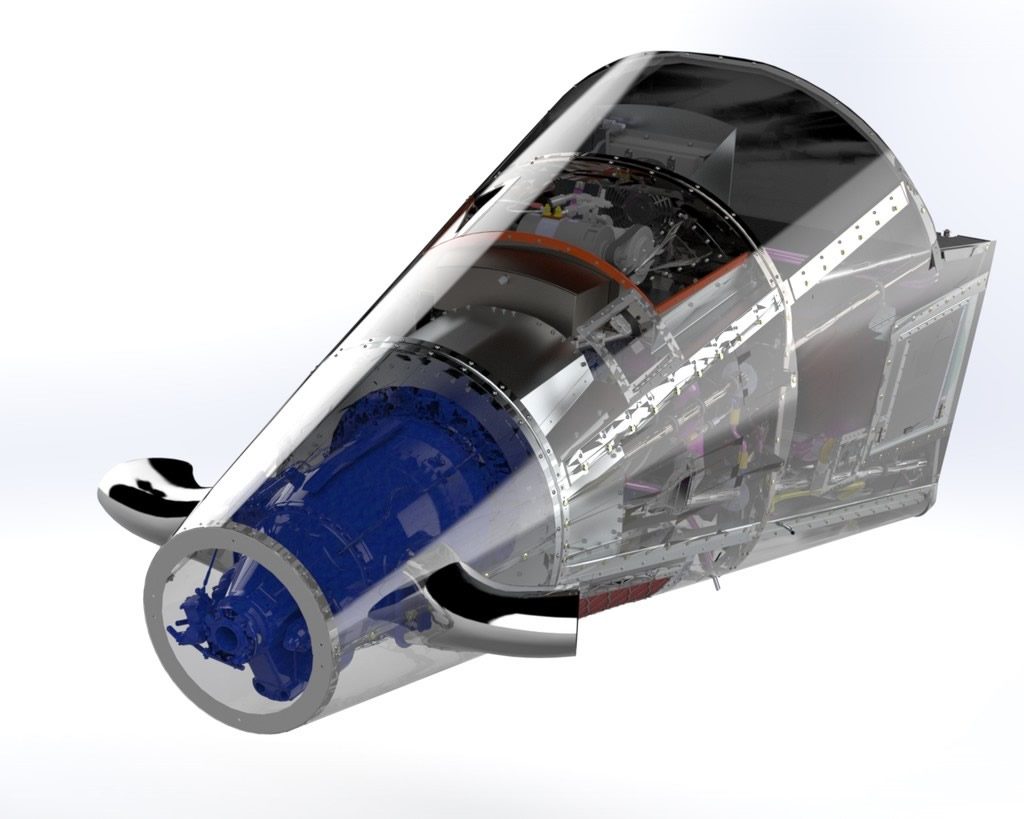 Since implementing SOLIDWORKS design, analysis, and PDM solutions, Thrush has streamlined its development processes, enabling the agri-aircraft manufacturer to cut its design cycles in half. In addition to realizing time savings during development, the company has reduced costs related to rework, because the increased accuracy of SOLIDWORKS has enabled Thrush to virtually eliminate the need to trim and rework parts during assembly.

“We’re designing faster with SOLIDWORKS, validating performance with SOLIDWORKS Simulation, and automating workflows and controlling revisions with SOLIDWORKS PDM Professional,” Alvarado stresses. “The move to SOLIDWORKS truly demonstrated how much more efficient we can be working in 3D and how much more we need to do to take our product development operation to the next level. In many ways, SOLIDWORKS has helped us move the company forward.”

With SOLIDWORKS as its standard development platform, Thrush has dramatically increased aircraft development throughput, increasing its total number of annual development projects from one to 12. This increased development activity has paralleled a substantial growth in aircraft sales. Alvarado says that the company that once sold “three or four” aircraft annually now sells 54 planes each year.

Revamp product development to support greater throughput, so the firm could take advantage of market opportunities for innovative new aircraft.

“The move to SOLIDWORKS is really helping us bring our product development operation to the next level by enabling us to automate our design and manufacturing processes as much as possible.”

How to Use Conditions Inside SOLIDWORKS PDM Professional

How to Transition Your Design Team to SOLIDWORKS Electrical