The Drive for the Perfect Sales Tool

AP Racing, a U.K.-based automotive manufacturer of performance brake and clutch systems for road and race cars, has been involved in every Formula 1 championship since 1967. Always striving to push the boundaries for its customers, AP Racing first established its in-house 3D printing capabilities more than 15 years ago for the prototyping of parts. Before long, AP Racing began to use 3D printing for tooling and final production parts.

Soon, however, competition became more aggressive and briefs became more advanced. Plus, designing a brake or clutch system is highly complex, with parts exposed to dynamic loads with high initial peaks. When designing components such as calipers, the AP Racing team completes in-depth finite element analysis (FEA) plots for inspection. FEA breaks objects down into component elements to simulate how applied stresses will affect the material or design. This analysis is essential for determining how the brakes and clutches will best operate within the car, and how load will be distributed through the component.

“In order to secure the business of a prominent F1 client, our team decided to create a 3D printed model of the FEA plot for a clutch component. The Stratasys 3D printer enabled us to produce a multi-material, multi-colour 3D model of the entire FEA plot of a clutch basket. The resulting model was so accurate, and so vivid in colour definition, that the team instantly understood the design decisions and placed an order.”

In the past, AP Racing had to machine brake caliper prototypes, which was expensive and required significant lead time. Now, with its in-house Stratasys 3D Printer, a prototype caliper can be produced in only 24 hours, a dramatic time savings without sacrificing accuracy. “In the case of a prototype brake caliper, absolute accuracy is essential as we need to complete fitment checks for internal components such as seals, pistons, fixings and brake pads,” explains Schoon. “Previously, we were limited in the functionality of 3D printed brake caliper prototypes. However, the Stratasys 3D Printer enables us to produce highly accurate prototypes. The fact we can print in multiple materials at once has enabled us to create functioning threads on the caliper prototype, allowing for more accurate testing within the vehicle’s suspension and revealing any potential issues far earlier in the design process. This is absolutely essential to the success of our designs.”

AP Racing also gained efficiency by using the Stratasys J Series for innovative and advanced tooling applications. Almost every tool AP Racing creates is a one-off, and the team used to rely on external suppliers, which often resulted in high costs and lengthy lead times of several weeks. Now, with the J Series, 3D printed tools can be produced at a fraction of the cost and can be made in less than 24 hours.

Production time and costs were also lowered by AP Racing for laser etch fixtures. Every laser etch fixture is highly complex, so having customized fixtures with precision positioning for repeatability is invaluable. Using traditional methods was costly, so Schoon’s team developed a 3D printed customized plastic model that helped speed production while only costing the company $170. 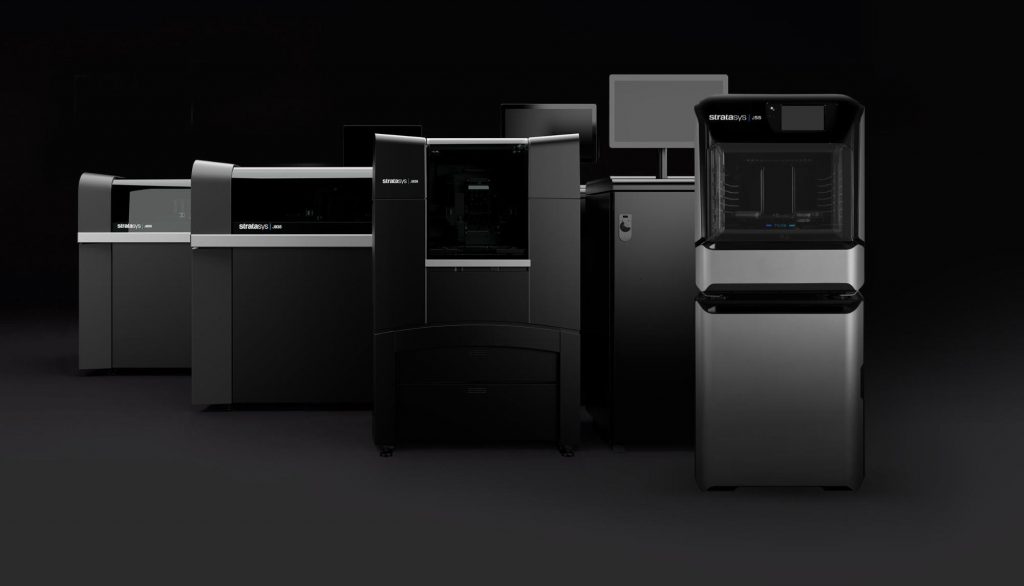 The advanced capabilities of the J Series are helping the future look bright for AP Racing. “Additive manufacturing offers us the freedom to design low-volume, customized tools that were previously unthought of,” Schoon says. “We can match different material requirements to ensure the tools perform to expectations. We can combine tough ABS with Agilus 30™ to create tools that are resilient yet coated with a rubber-like material to help prevent damage to a production part that may be painted.” Schoon sees great things ahead for the company’s product development. “Needless to say, given the extent to which this technology is now integrated within our processes and the quantifiable benefits that we are enjoying, I can certainly envisage a greater use of it in the future.”