Piper Aircraft offers efficient single-engine and twin-engine trainer, personal and business aircraft. The PiperJet Altaire is a single-engine turbofan jet being developed by Piper that seats a pilot and five passengers. It has a projected cruising speed of 360 knots and a range of 1,300 nautical miles.

Piper is using hydroforming to produce hundreds of aluminum structural components of the aircraft such as the inner frame, gussets, brackets, skins, etc. In the past, the company machined aluminum form tools for use in hydroforming machines. Machining geometrically complex form tools was expensive due to the amount of time required for programming every part, the high cost of machine time and skilled labor for computer numerical control (CNC) machines, and the considerable material waste involved in machining.

Fred Jones, Lead Tool Designer for Piper, had the idea of using Fused Deposition Modeling (FDM) tools. FDM Technology is an additive manufacturing process that builds plastic parts layer by layer, using data from CAD files. He determined that FDM polycarbonate (PC) could withstand hydroforming pressures ranging of 3,000 to 6,000 psi, suitable for forming all of the structural parts produced by Piper. For hydroforming applications involving higher pressures, ULTEM 9085 hydroforming tools can withstand up to 10,000 psi. 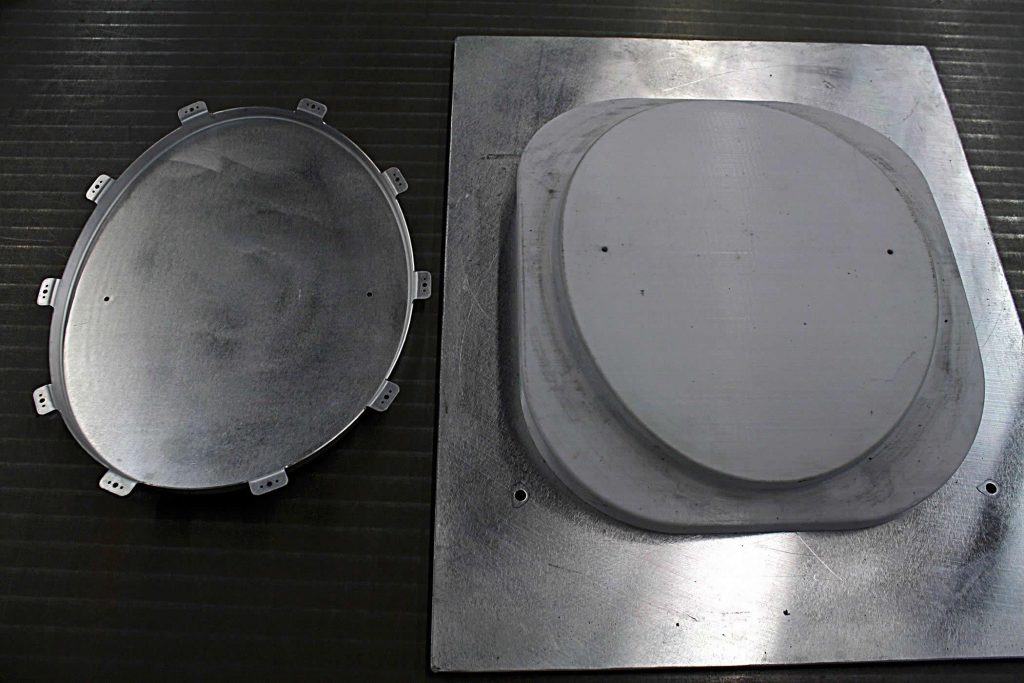 Piper has already produced dozens of hydroforming form tools along with route and drill fixtures with their Fortus machine. During hydroforming, the sheet metal is pressed against the form tool to force it to take its final shape. Piper makes the PC form tools slightly larger than aluminum tools because the PC has slightly greater deflection than aluminum. After forming, the route and drill fixtures are then used as a guide for routing and drilling operations that finish the part.

“I can program an FDM part in ten minutes while a typical CNC program takes four hours to write.”

Piper has achieved substantial lead time savings by using FDM form tools. “The FDM machine can be much faster than a CNC machine and does not require an operator in attendance. Material waste with FDM is much less than CNC machining because the FDM support material is typically less than 20% of the total.”

FDM also offers the potential for future design improvements in structural parts. The CNC machining process inherently limits the geometries that can be machined onto form tools which in turn constrains the geometry of the finished parts. Allenbaugh believes that it may be possible to build a more efficient aircraft by moving to more complex and organically shaped parts that will be built with FDM form tooling. Piper is also looking into the potential for building non-structural FDM end use parts for the Altaire and other aircraft.