Founded in 1999, i-Tork Controls specializes in designing and producing high-quality electric and pneumatic actuators. An actuator is a core mechanical device that is used to move or control a system, such as opening a valve. Designed to be compact, robust and reliable, i-Tork actuators are used in a wide range of industries, including HVAC, chemical, energy, and food and beverage. Over the years, i-Tork has successfully applied for multiple patents and built a globally acclaimed product portfolio.

To continue expanding both domestically and internationally, i-Tork needed to improve manufacturing efficiency. One of the manufacturing steps that consumed too much time was creating prototypes for new products, which was originally done via CNC machining. This was a lengthy process that involved obtaining quotes from vendors, negotiating prices, selecting a vendor, and approving designs. The back-and-forth communication was time consuming, especially when the designers and engineers needed to make changes. A whole month often passed before the first prototype was presented to the R&D department.

To accelerate the prototyping process and better maintain confidentiality, i-Tork turned to additive manufacturing. At first, i-Tork purchased an entry level 3D printer, but it did not meet the company’s high expectations. The success rate was so low that it often took five or six tries before the engineering team had a satisfactory model. This was both time consuming and stressful for the team.

Park Gyeon-seon, Senior Manager at i-Tork Controls Sales and Technology Division, decided the company needed a more professional 3D printer and examined several global brands. Having heard how a Chinese company used Stratasys 3D printing solutions in its mass production, he immediately contacted Stratasys and arranged for a benchmark to be printed. 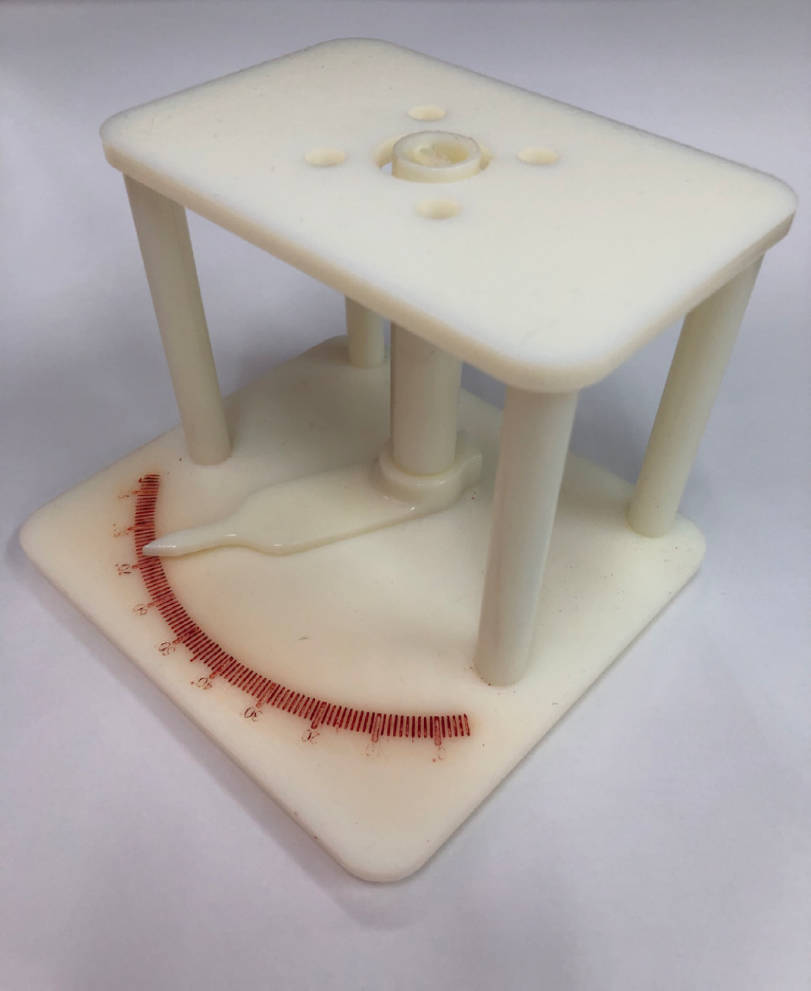 Transparency is the Key

When the Stratasys Korea team showed him the benchmark, Park was surprised and pleased at their solution. The team designed a sample actuator housing printed with VeroClear™, a transparent material that simulates hard acrylic. It offers strength, stiffness, elongation and impact resistance, and the ability to blend with other materials for a range of opacities, hues and hardness. Because of its transparency, VeroClear enables visualization of internal components and features.

Conventional manufacturing methods use opaque materials like metal to make prototypes, including the housing. This presented a dilemma for the engineering team at i-Tork: the only way to see the interior was to cut open the part, rendering the prototype non-functional. “With VeroClear, we can see the gear in action, and this would be of great help to our product development,” Park said. To solve its manufacturing constraints, i-Tork introduced a Stratasys 3D printer to its workshop. 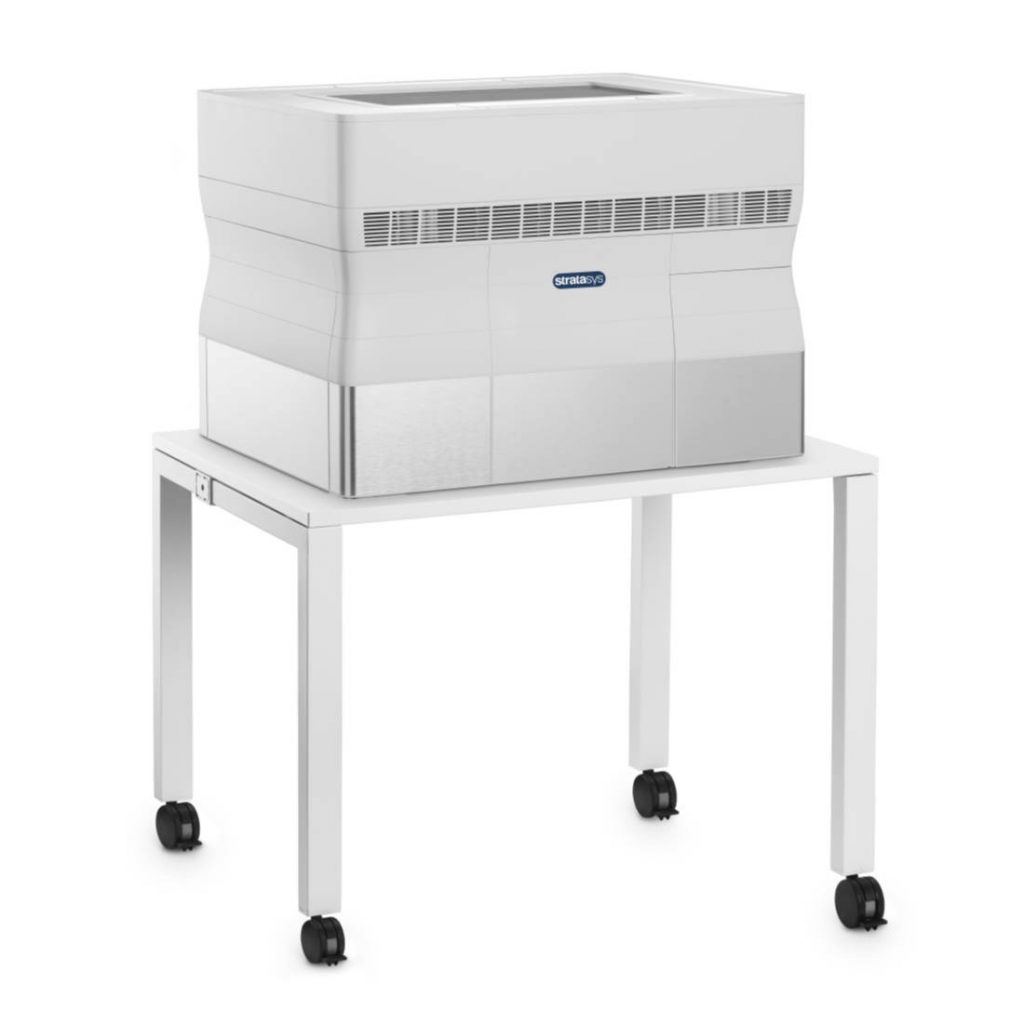 The company selected the Stratasys Objet30 Pro™, which is ideal for creating high-end prototypes and realistic models with specialized properties. A desktop friendly system, the Objet30 Pro provides material versatility and high accuracy for even the smallest parts. The roomy tray size made it perfect for printing large parts for i-Tork’s actuator prototypes. Its success rate was also much higher than that of the previous entry-level 3D printer. There was no more stressing over the need to repeat a job: operators could start the machine when they left work and return to a completed part the next morning.

With its high accuracy, the Objet30 Pro greatly simplified the prototyping process. Without the need to communicate with vendors, i-Tork successfully reduced the process from one month to only one week. This meant that engineers and designers had more time to revise and perfect their designs, guaranteeing the high standards that i-Tork consistently seeks. Furthermore, because of the high success rate, the company achieved significant savings in terms of materials and human labor. “In general, it costs approximately KRW 1.5 million ($1,240) to outsource the production of a gearbox prototype. With the Stratasys Objet30 Pro, the maximum cost is KRW 400,000 ($330),” Park said.

One of the advantages that the Objet30 Pro offers is the wide variety of materials. At Stratasys Korea’s recommendation, i-Tork is considering using Rigur™ to make more realistic prototypes. Rigur is a simulated polypropylene material that offers durability and a smooth finish. To improve prototype accuracy, Rigur may be used to connect the gear within the actuator to a motor. The high-quality prototypes not only demonstrate the structure and operation of the actuator to the potential customer, but can also be directly handed to the mold manufacturers.

i-Tork sees the benefits in expanding its use of the Objet30 Pro beyond prototyping. Park would like to use the technology to 3D print actuator parts for mass production, and plans to upgrade its 3D printing capability in the next three to five years. But before taking this bold step, he wants employees to feel confident and informed about 3D printing. As a result, i-Tork is establishing a mid- to long-term cooperation plan to receive technical support from Stratasys. “To use highly professional equipment like the Objet30 Pro, it is necessary to first obtain the know-how on operation. User training is necessary, and so is expert advice on material review and assessment,” said Park.