Rimac Automobili d.o.o. develops and produces high-performance electric vehicles, drive trains, and battery systems. The company grew out of founder Mate Rimac’s efforts to convert his old BMW automobile into a racing-caliber electric vehicle. As Rimac investigated electric-drive and battery technologies, he sought to improve every part of an electric vehicle, teaming up with experts from various fields in an effort to create the next generation supercar. Rimac’s old BMW eventually became the Rimac Automobili e-M3, which was used as a test mule for developing the battery technologies, battery management systems, and propulsion drives that are now part of the Rimac Concept One, the world’s first electric hyper car.

When the company began in 2011 as a group of multi-talented designers and engineers working in a facility near Zagreb in Croatia, it needed robust 3D design and analysis tools to support its efforts to make a truly revolutionary electric car. According to Mechanical Engineer Boris Tarnovski, the selection of a 3D design platform for developing the Concept One was obvious: SOLIDWORKS® design software.

“Most mechanical engineers in Croatia know how to use SOLIDWORKS design software because it is very common in our universities and is the most popular software for modeling mechanical parts in Croatia,” Tarnovski explains. “We believe that SOLIDWORKS software not only is the easiest 3D system to use but also provides the most cost-effective solution in terms of providing the most complete set of capabilities for the price. We value the integrated stress analysis tools, which we’ve used to optimize the car’s chassis and suspension, as well as the design visualization tools that provide high-quality graphics for presentations.”

Rimac Automobili started using SOLIDWORKS Professional design software and SOLIDWORKS Premium design and analysis software during the initial stage of the Concept One development with the expectation that the solutions would help the company overcome technical challenges and accelerate development. 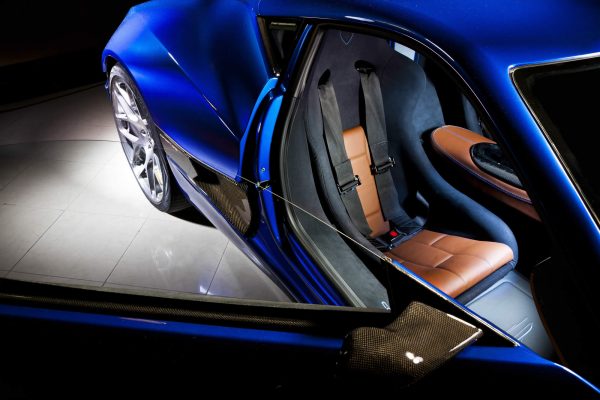 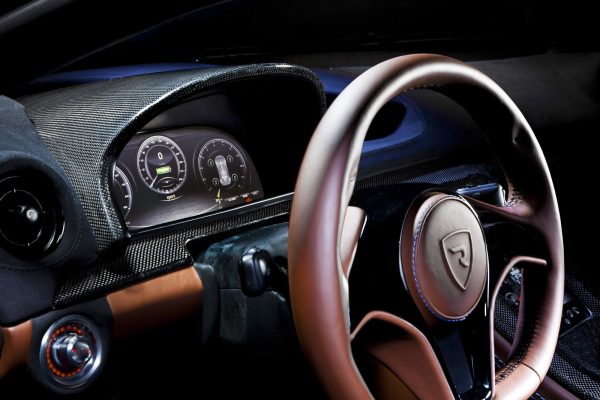 Using SOLIDWORKS design solutions, Rimac Automobili completed its first Concept One car in just six months, introducing the first electric supercar at the Frankfurt Motor Show in Germany, the world’s largest automobile show and exhibition. The Concept One will be produced with a total of eight units. Four cars have already been produced, and Rimac Automobili started the development of a completely new model that will be manufactured in larger volumes. “SOLIDWORKS tools really enabled us to speed up development, cutting 70 percent from our anticipated design cycle,” Tarnovski stresses. “Most of the development team came to this project having never worked in the automotive industry,” Tarnovski continues.

Rimac Automobili used SOLIDWORKS Premium structural analysis tools to make components as light as possible while optimizing them for strength, particularly during development of the chassis. These capabilities allowed the car manufacturer to completely forgo time-consuming and costly prototyping cycles. 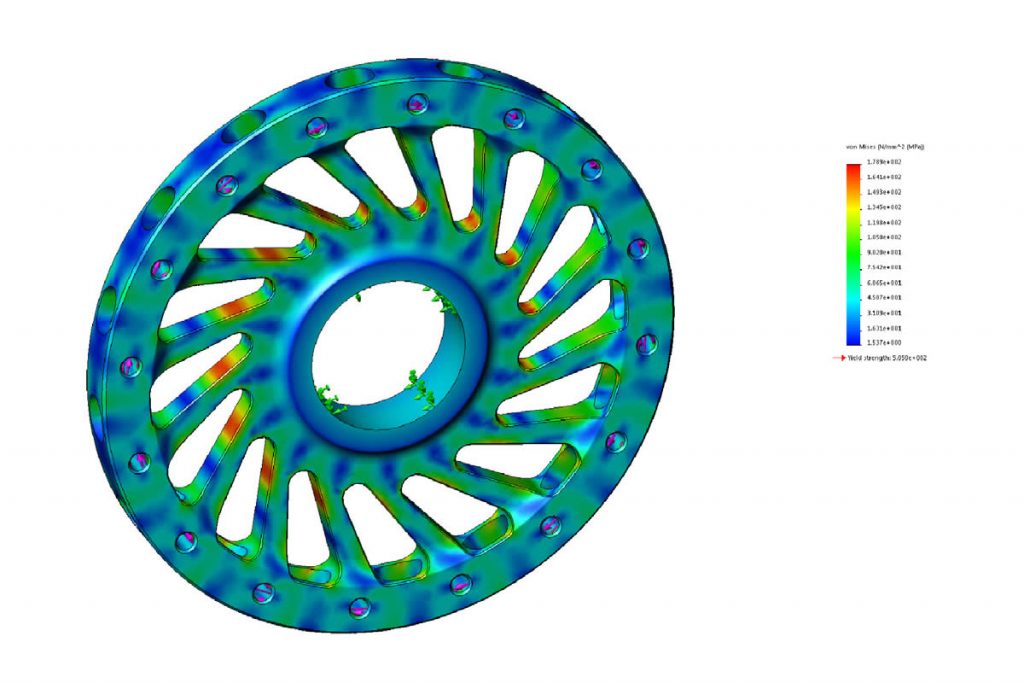 “We used SOLIDWORKS stress analysis capabilities on various suspension and chassis components to find ways to make them lighter while still maintaining strength,” Tarnovski notes. “For example, to support high performance and long range, we need lots of battery capacity, which adds weight. SOLIDWORKS Simulation tools helped us come up with a spring-loaded bracket to hold the larger battery pack and reduce the initial weight of other parts, as well as distribute the weight as much as possible. This is just one of many cases for which SOLIDWORKS Simulation capabilities let us validate performance while eliminating prototyping, resulting in a lighter, more balanced chassis and car.”

“Although we came to electric-car design fresh—with innovative ideas and approaches—we had some nearly impossible deadlines to make. SOLIDWORKS helped us investigate new ideas quickly, sketching out rough proof of concepts, the best of which moved forward. With SOLIDWORKS, we’ve developed industry-leading technologies and completed development in a fraction of the time we expected.”

Save up to 30% on SOLIDWORKS

Buy SOLIDWORKS and get DraftSight Enterprise at no cost

Taking Engineering Drawings to the next level with GD&T

How to Manage Your SOLIDWORKS Design Using Global Variables & Equations