Swansea University’s Lab for Animal Movement (SLAM) researches marine animal life using state-of-the-art tagging technology and leading data visualization techniques. This is done to understand more about marine animal life in the depths of the ocean. Data gathered from these tags, including speed and activity levels, provides detailed information on migration patterns of the sea creatures and the effects that ocean temperatures have on their behavior. 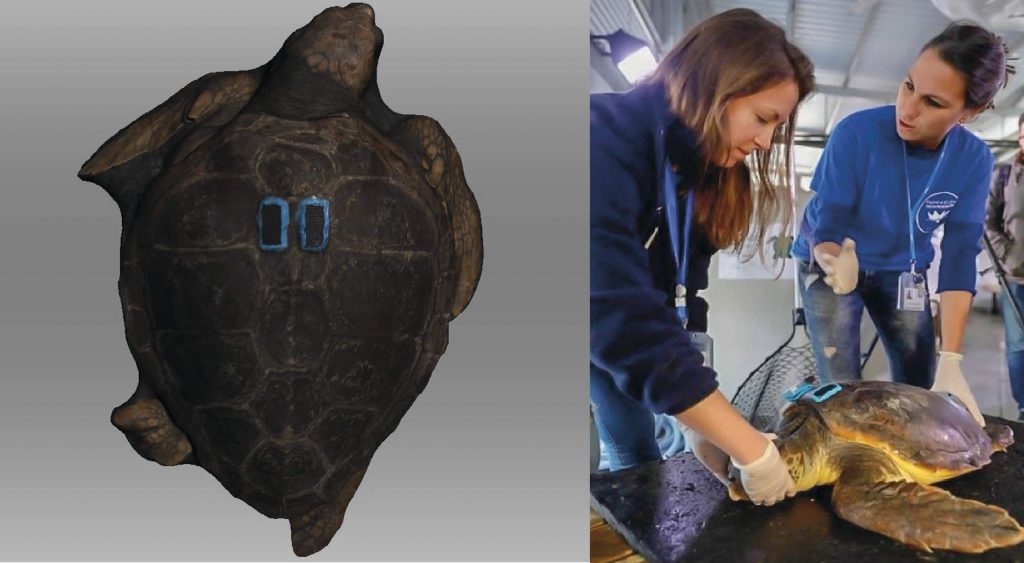 Working with other institutions and groups, Lloyd’s research focuses on developing innovative methods for attaching these tags in a non-invasive way, so that they won’t fall off, or cause any distress to the animals. To develop a new attachment method and simulate their effects, accurate measurements of each animal’s shape and structure were required.

Lloyd needed a professional 3D scanner that would quickly and safely 3D scan the sea creatures, and 3D software that would allow him and his team create customized tags. They chose Artec’s most popular 3D scanner, Artec Eva, together with Artec Studio software. Lloyd states that 3D scanning is the optimal way of capturing large animals and obtaining data that can easily be examined and studied. Without this important technology, they would have to rely on estimated data that might not translate properly to a real-world application.

Lloyd used an Artec Eva 3D scanner to capture 3D data from deceased and living marine animals, and it only took a few days to get the needed measurement information, making the use of 3D scanning incredibly time-effective and remarkably easy considering that capturing wet, shiny and moving animals would be challenging for most 3D scanners! 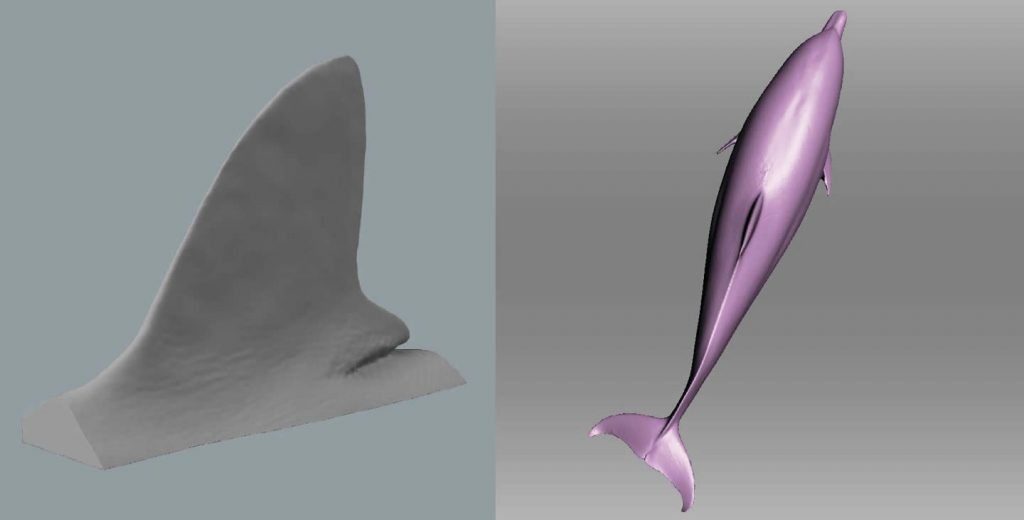 Scan of a blue shark fin and a dolphin

The workflow of the project started with Lloyd making high-quality scans of various marine animals. Some of the animals were already deceased and kept in the storage. For example, a shark that Lloyd scanned had a bent fin, due to its storage in a compact freezer. This, however, wasn’t a problem, as he was able to capture a series of measurements of the fin and simply rebuild the model. But some of the 3D scanned animals were very much alive! When capturing the live dolphin, for example, trainers encouraged this intelligent animal over to the side of the pool, where Lloyd quickly scanned its fins. It was enough to get one side captured and then stitch it together in Artec Studio software.

“Once we had decided on 3D scanning as a method, the Artec brand stood out quite quickly due to its usability, its functionality, and its fantastically powerful software that did most of the hard work for us.”

— Lloyd Hopkins, Ph.D. student at the University of Swansea

How to Scan Multiple Parts with multiple GOM 3D Scanners

Advancing off shore oil and gas exploration with SOLIDWORKS PDM