PhotoView 360 is a visualization and rendering solution included with SOLIDWORKS Professional and SOLIDWORKS Premium. Providing a highly interactive environment for viewing designs as well as for creating photo-realistic renderings that can be used to showcase your designs.

Based on SOLIDWORKS Intelligent Feature Technology (SWIFT) the software helps CAD users of any level achieve expert results. Its simple-to-use progressive rendering tools lets users photo-realistically render a scene while allowing the user to continue working on the same scene, unlike software that forces users to wait until scenes are complete.

Here is an example photo-realistic animation created with PhotoView 360:

PhotoView 360 is a separate application to SOLIDWORKS but any changes made to the SOLIDWORKS data will update automatically in PhotoView 360, without the loss of current materials and scenes.

When opening SOLIDWORKS parts and assemblies into PhotoView 360 automatic mapping of all default RealView materials to the equivalent PhotoView 360 material is applied.

Drag and Drop Materials and Scenes

Materials and scenes are drag and drop from the extensive libraries included with PhotoView 360. Texture based materials can be scaled and colour adjusted in the rendering window.

Allows users to load a number of pre-defined scenes that are based on HDR (high dynamic range) images. These types of scenes contribute very realistic lighting to your SOLIDWORKS models and forego the need to create and adjust SOLIDWORKS lights making it very simple and easy to quickly achieve photo-realism.

Provides control over camera effects allowing SOLIDWORKS users many more options in getting the rendering to look exactly the way he/she wants it to look: 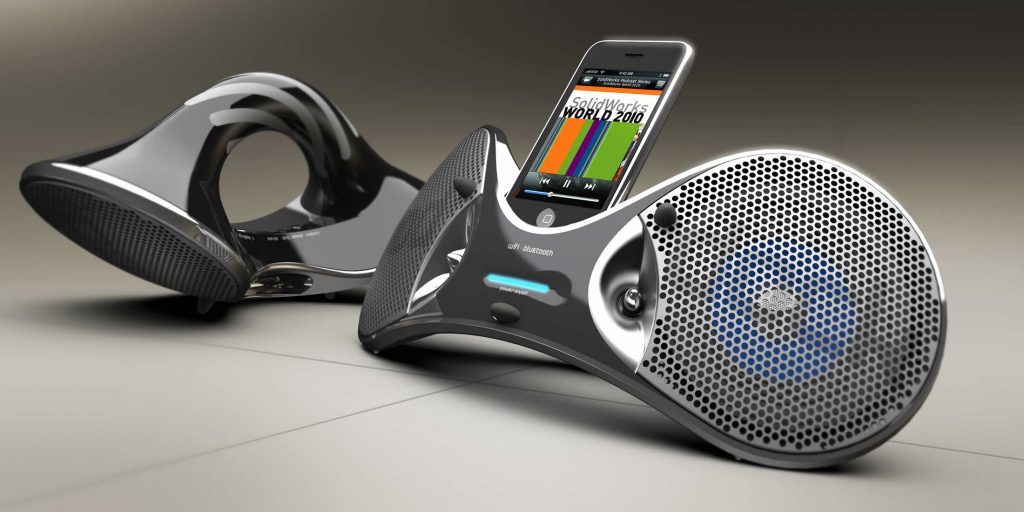 The PhotoView 360 Add-in is part of the SOLIDWORKS Premium software bundle from Javelin.

SOLIDWORKS Premium software gives you powerful, easy-to-use functionality that automates tasks, streamlines workflows, and helps you quickly define and validate the form, fit, and function of your design. Part of the SOLIDWORKS product development solution.

Related resources for this add-in: