Everyone knows that using natural gas to generate electricity is cleaner and more environmentally friendly than burning coal. Because coal is less costly, power companies need to utilize innovative technologies that increase the efficiency of natural gas-based generation systems to overcome the primary obstacle to replacing coal-fired power plants. 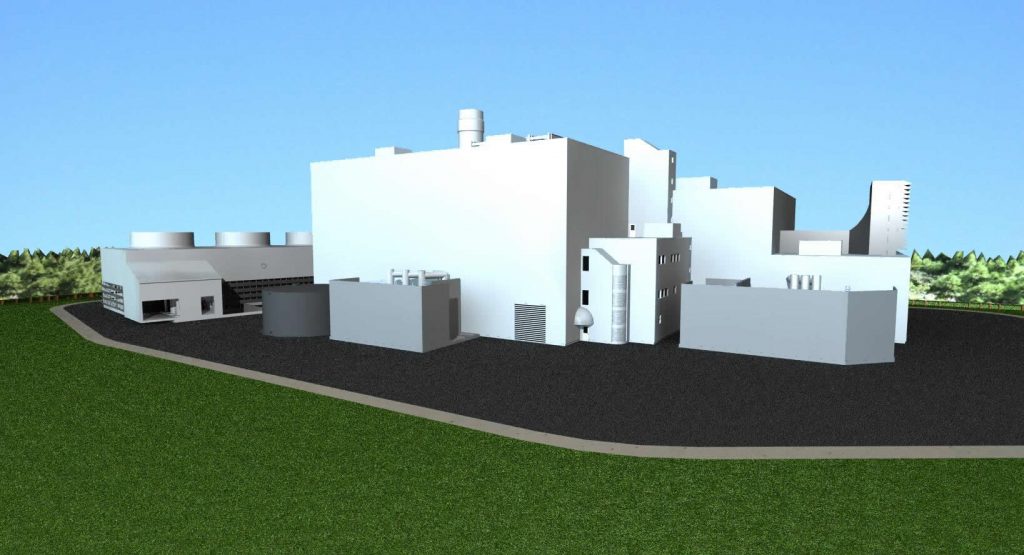 That’s what Eastern Power Limited did with the development of the Greenfield South Power Plant in Mississauga, Ontario. Working with Greenfield South Power Corporation under the auspices of Ontario’s “off coal” plan, Eastern Power developed a 280 MW, natural gas-fired,combined-cycle facility that generates clean electricity. The 73,000-square-foot facility will not only enhance the reliability of the electricity supply in the Greater Toronto area, but also contribute to improving air quality and reducing carbon emissions.

With a background in biogas, biomass, wind, and high-efficiency natural gas power production, Eastern Power began the Greenfield South project facing the need to revamp its design platform. The company used AutoCAD® 2D design tools on the development of two landfill gas-fueled power plants. Yet, according to plant designer Orlando Linero, the scope and sophistication of a natural gas-fired, combined-cycle plant demanded a more efficient approach. “I know how painful it is to work with piping in 2D,” Linero says. “On a project as complex as Greenfield South, we had to find a better way to develop every facet of the plant—from the structural steel to the piping systems to the turbines. In short, we needed faster and better 3D tools for creating, simulating, and communicating our designs.”

After evaluating the AutoCAD, Solid Edge®, Intergraph®, and SOLIDWORKS® design packages, Eastern Power chose SOLIDWORKS Premium software for the Greenfield South project. Linero says Eastern Power selected SOLIDWORKS software because it was the most flexible and most suitable solution for the power plant project.

“We decided on SOLIDWORKS because it best met our needs,” Linero stresses.

“SOLIDWORKS was the only solution with integrated design, piping, structural, simulation, and documentation capabilities. We can see, analyze, and document every design detail right in the 3D model and easily coordinate design activities for a complex project without translating data to other tools.”

Using SOLIDWORKS design, simulation, and communications tools, Eastern Power designed a power plant that represents the cleanest, most efficient way to produce energy with a fossil fuel, while simultaneously saving time and money. Linero estimates that the company was able to compress design cycles by about 50 percent and cut development costs by about 60 percent. 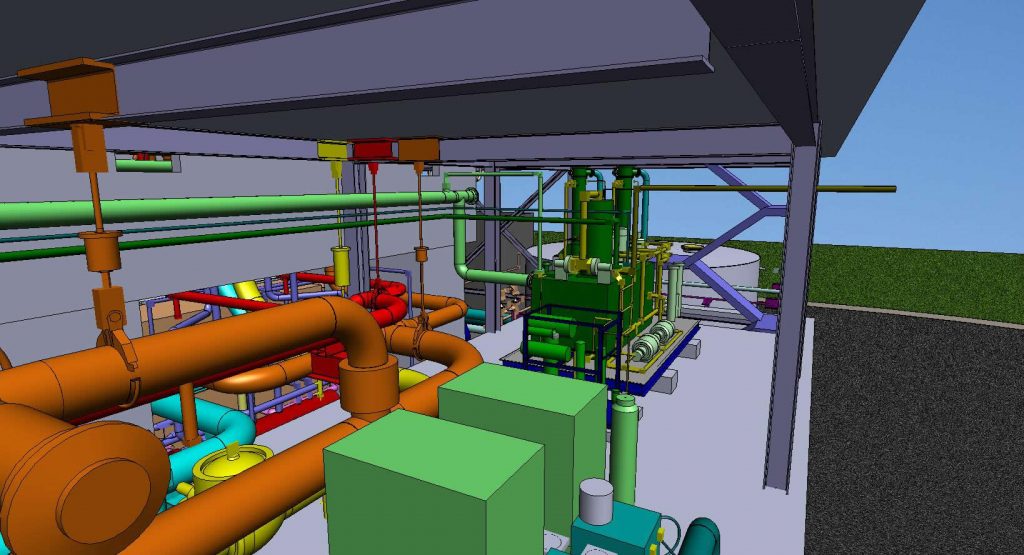 “SOLIDWORKS has enabled us to get the job done faster and with fewer resources,” Linero explains. “In 2D, you need a lot of people. You have a person counting pipe elbows, flanges, and Ts, and another person measuring lengths of pipe. With SOLIDWORKS, we no longer need to do that. Better management of our bills of materials allows us to squeeze time and money out of the process.”

See how the piping runs

Eastern Power benefited from a variety of SOLIDWORKS tools on different portions of the plant design, such as weldment design and integrated structural analysis solutions for designing structural steel supports and equipment fixtures. According to Linero, however, the solutions that produced the greatest advantages were the SOLIDWORKS Routing package and the ability to create a custom design library in SOLIDWORKS. 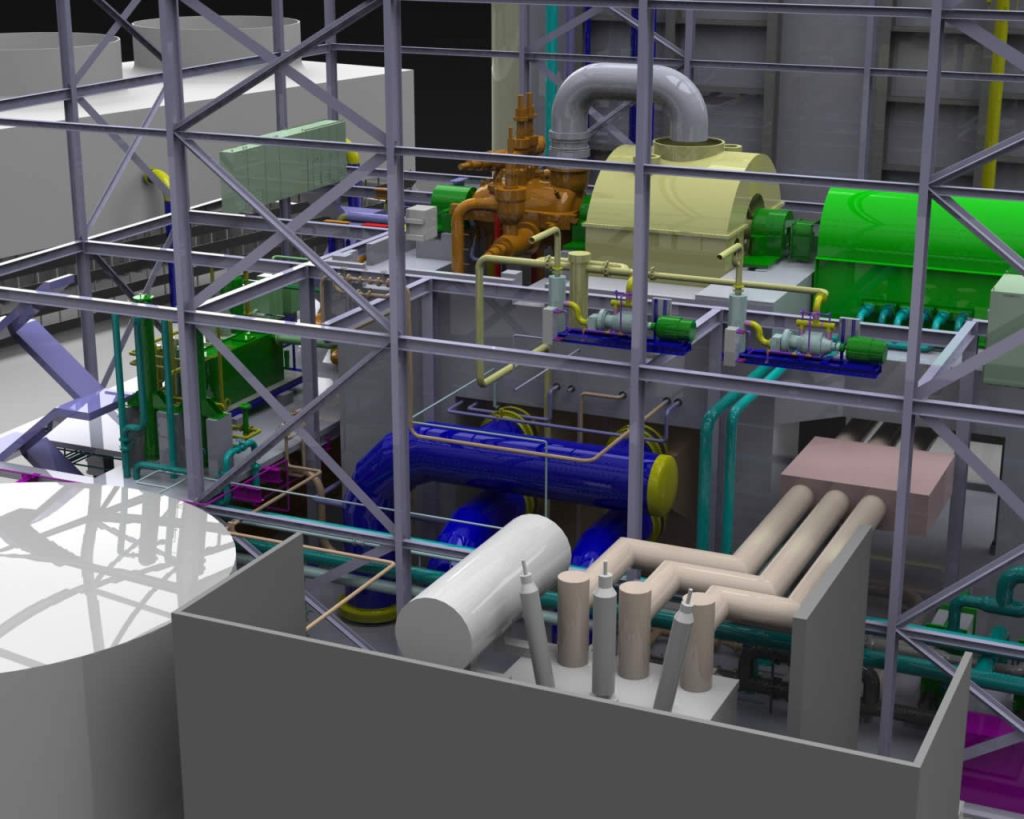 With SOLIDWORKS software, it was more efficient for Eastern Power designers to lay out, detail, and route piping runs in 3D.

“Once we had developed our library of piping components, it became a simple process of dragging and dropping parts into SOLIDWORKS Routing,” Linero notes. “Each designer takes charge of the entire cycle for a pipe route, and can more efficiently complete the layout, detail, and routing for the pipe run. With the design library and SOLIDWORKS Routing, we have increased design reuse by about 60 percent and cut design errors by about 40 percent.” Resolving issues with eDrawings

The move to SOLIDWORKS also helps Eastern Power’s designers work more effectively with internal and external resources. For example, the company wished to improve its pipe routing in collaboration with a potential pipe supplier for the Greenfield South Power Plant. “I brought a CD containing eDrawings® files of the entire plant model to the meeting,” Linero recalls. “That was very helpful in resolving the issue quickly. Whether I need to show something to another department or to an outside vendor, eDrawings software is a great communications tool that has helped me on many occasions throughout plant design and installation.”

Which SOLIDWORKS Simulation package is best for you?

Transforming Product Design for Smarter Products and the Internet of Things

Sign up for upcoming SOLIDWORKS training courses in Kitchener-Waterloo