We know that each unconstrained body in space has six degrees of freedom (DOF): three translations and three rotations about X, Y and Z axes. Each mate removes a certain number of DOFs from the system. The table below shows some of the mates in SOLIDWORKS and how many DOFs that they restrict. 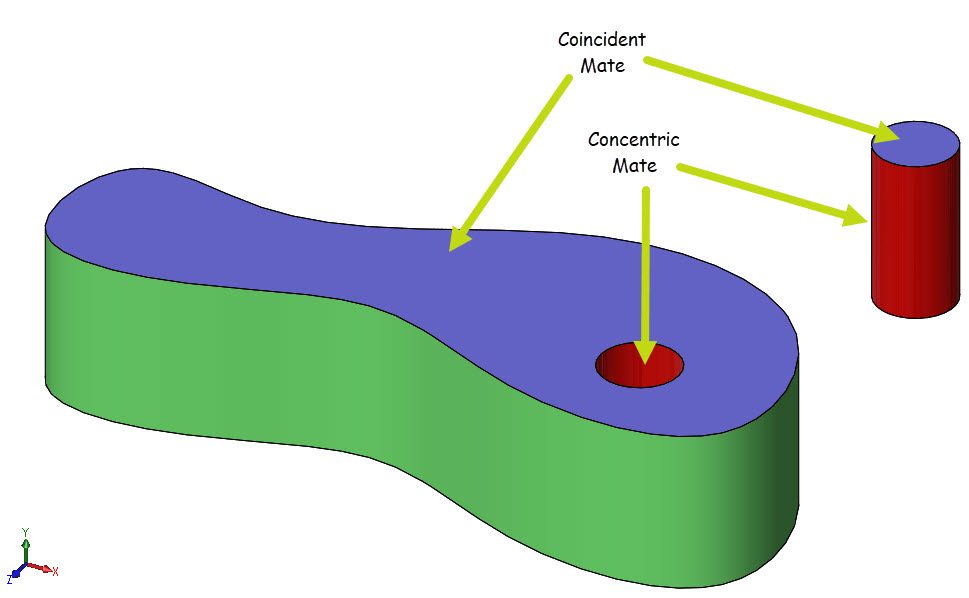 What Happens When We Have Redundancies?

To verify that we can run a motion study and add a gravity to it. When we run the study, it will show the number of redundancies next to the Mates folder. If you right clicking on the Mates folder and selecting Degrees of Freedom, it shows a list of DOFs and the redundancies in the mates. 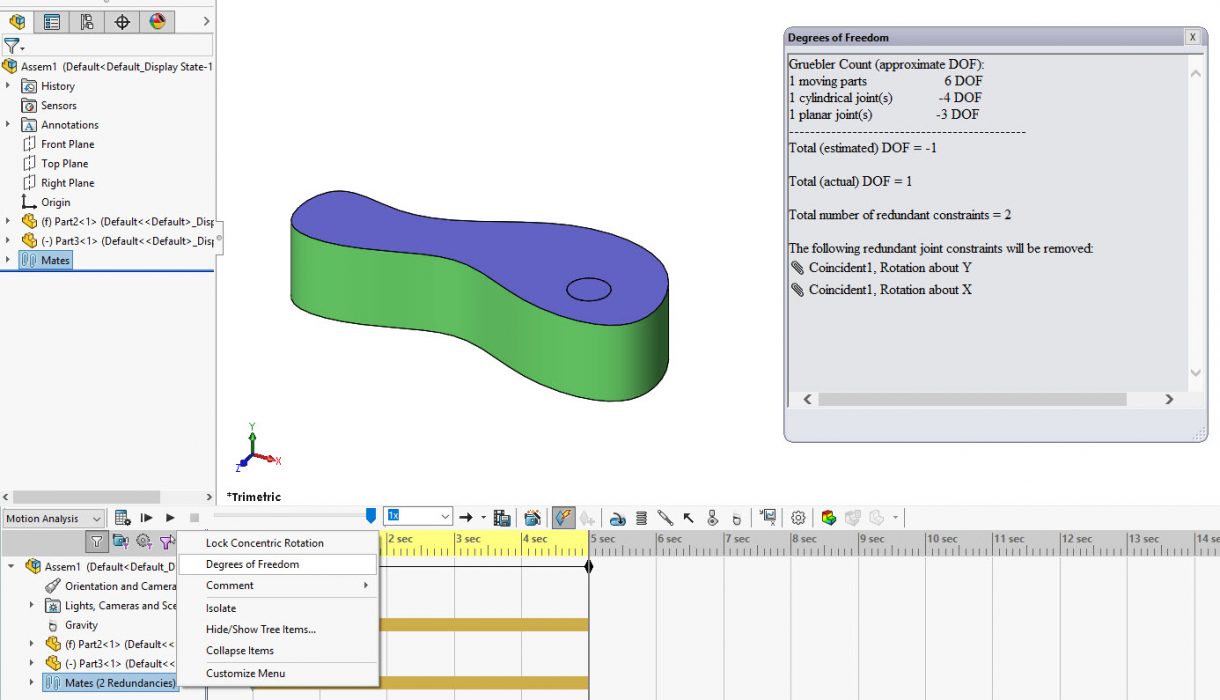