SOLIDWORKS Manage Processes are a very powerful and flexible resource to model business processes and automatically update any records involved as the process progresses. In this article, we will show how to use the In Process status to guarantee that the records being affected can only be changed by the Process they were sent to, and cannot be sent to any other processes or manually changed.

By default, when you configure a new process and determine what types of records can be sent to it (i.e. be affected by the process), that process does not update the affected records in any way. You can also send the same record to multiple instances of the same process. However, there will be occasions when you do not wish to allow this but, instead, want the process to take control of that record until the moment it is released.

One example is an Engineering Change Order (ECO) process. Typically, you do not want the same item to be attached to multiple ECOs at the same time. To make sure the record is only affected by a single ECO process at a time, you can use the In Process status.

Add an output during the process start 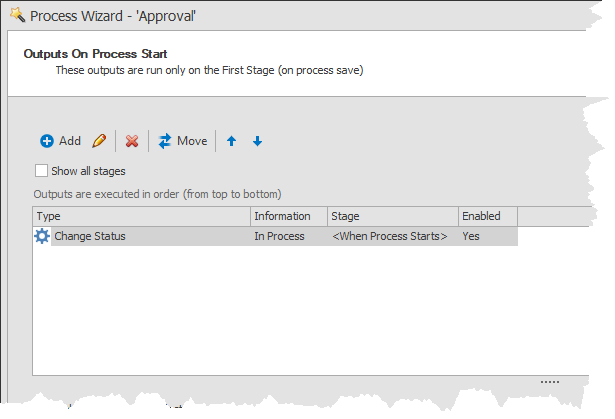 Now when you send one or more records to this process, the record(s) will have its status updated, and an icon will indicate it is In Process. 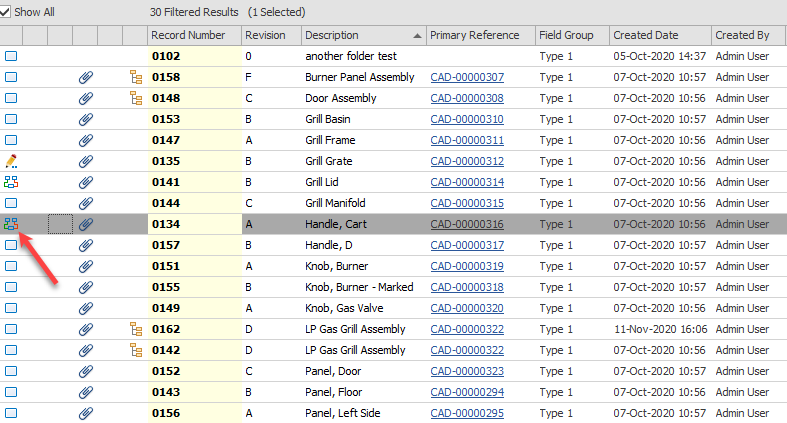 Once a record is in that state, you will notice the following: 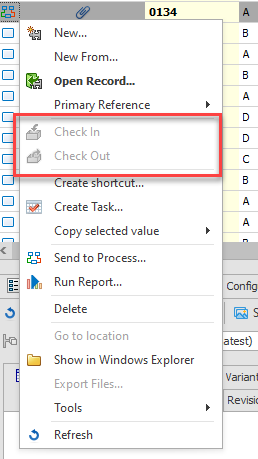 Note that the fact that the record becomes read-only may require some additional planning and configuration. The reason Manage makes the record read-only is that it can guarantee only the process can make changes to the record, via outputs. For instance, you can create an output that updates a record variable. However, if your process affects PDM vault files mapped in Manage and you need to make changes to the design, this will prevent you from checking out the files and, as a consequence, making any changes.

To avoid locking the PDM file, you can use Linked Records. A Linked Record is a record type that represents a CAD file in the Manage environment and has the CAD file as its primary referenced file. This allows users outside of Engineering to manipulate records and create BOMs without having to access Engineering data directly. To setup Linked Records, check out this article, explaining how to setup a PDM object in Manage.

Remember to change the record status back to either Checked-In or Released as part of the output of your final process stage. Failing to do so will keep the record locked indefinitely.

Do not set to In Process Option

Finally, there is a process option that, although worded in a way that is a bit confusing (as of version 2021 SP0), is very powerful. On the first page of the process configuration, you will find an option called Do not set item(s) to “In Process”. This option is checked by default – meaning the behavior it describes is disabled. 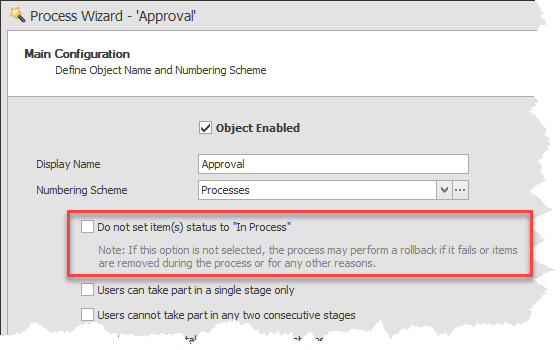 Do not set to In Process

If you uncheck the option above, the following will happen:

NOTE that if you have outputs that change the records’ statuses, this option will be ignored.

Samir Lohmann is a certified SOLIDWORKS Data Management specialist. He has worked with different engineering data management systems since 1999 and helped hundreds of companies since then. He started working with SOLIDWORKS PDM in 2008 and is a member of the Javelin team since 2016.

Learn more about SOLIDWORKS Manage with training from Javelin