This is the third part of my 3D Printing a Small-Block V8 Engine Project using a Stratasys F123 Series 3D Printer. For previous parts, please refer to the following links:

The next stages in the assembly process involved attaching all the external elements of the engine assembly.  These elements include:

The oil pan, valley plate and flywheel were the easiest to attach to the block. Eric’s designs included spots for small disc magnets on every external component, with the intention of quick removal and reattachment to show the insides of the engine block when its running. All I had to do was press the small disc magnets into the slots, and make sure that the magnets inserted in the opposite slots would be of reverse polarity. The flywheel was screwed into the front end of the crankshaft.

The cylinder heads were basically a secondary sub-assembly. The heads were housings for a total of 16 valves, rising pins, rocker arms, and rocker arm pins. Everything was aligned together with one rocker rail each. The tapping and threading process was very tedious, as there were about 24 holes to tap and thread on each cylinder head. The rocker arms also had to be tapped so that they could move freely when attached to the arm pins. 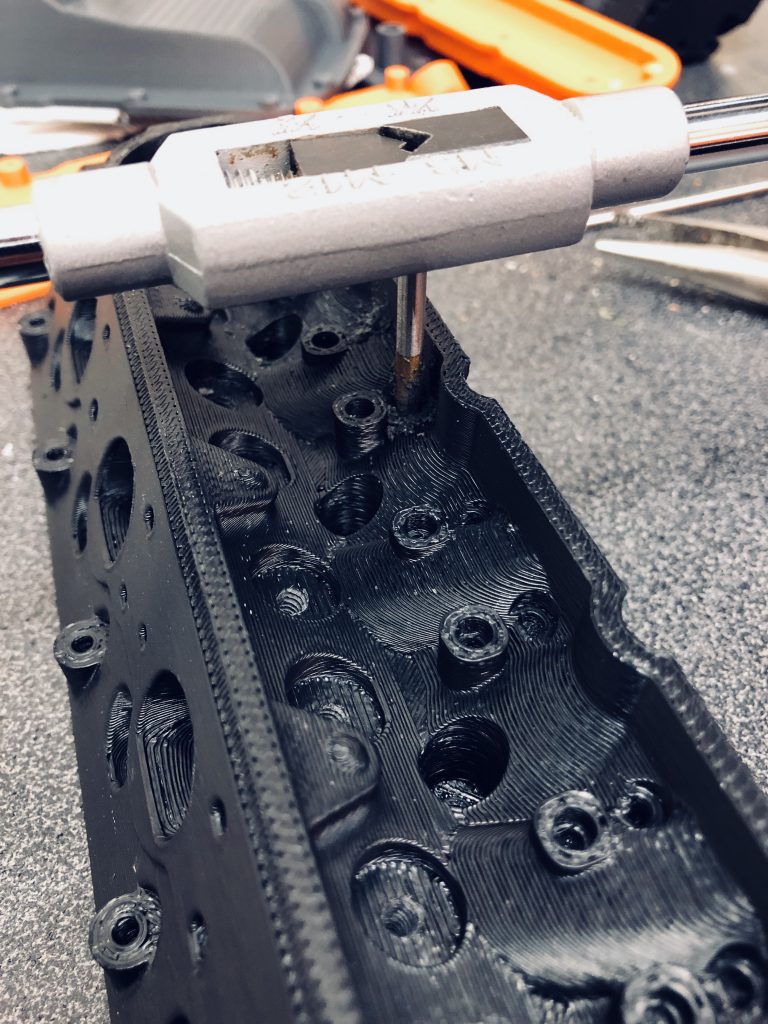 The risers were glued to ball bearings on one end and 65 mm metal rods on the other end. The rods had to slide in and out of  the cylinder heads, so those holes had to be tapped to twice their size.

The final goal of this project wasn’t just to show a working model of an engine, but also to show how it works. This meant that the external elements listed above had to be easily removed to show the pistons underneath. Fastening these components down with screws would not allow for quick removal and reattachment, but there was an alternative method: disc magnets.

Disc magnets are simple to install and can hold a lot of weight if multiple magnets are used for one object. The engine block, cylinder heads, valley plate, intake manifold, and covers were all designed with small inserts so that disc magnets could be easily pressed into place. The only thing to be careful about was the polarity of the opposite magnet.

Attaching the everything to the block using magnets was easy, and parts stuck together like glue. The one problem with using these magnets is that when they’re pressed into place, its very difficult to remove them. This is especially problematic if one of the polarities is wrong.

The valve assembly was the toughest portion of the build. It involved a lot of threading, tapping, and cutting. I used a rotary saw to cut down metal rods and screws in order for them to fit in the cylinder heads. The rocker arms were tapped to allow for easy movement around the pins. The rocker arms were then screws into the rail for alignment. Before the rail could be set into the cylinder head, a series of 8 threaded inserts needed to be tapped into each head.

The intake and exhaust valves were glued to 50mm M3 screws, which were then inserted into their tapped channels. After grinding down both the screws and the metal rods, the valve assembly was complete.

The motor was attached to the engine block using threaded inserts and M3 screws. The starter gear was mounted to the motor and synced with the flywheel. After some small readjustments, the entire motor control system was working perfectly. 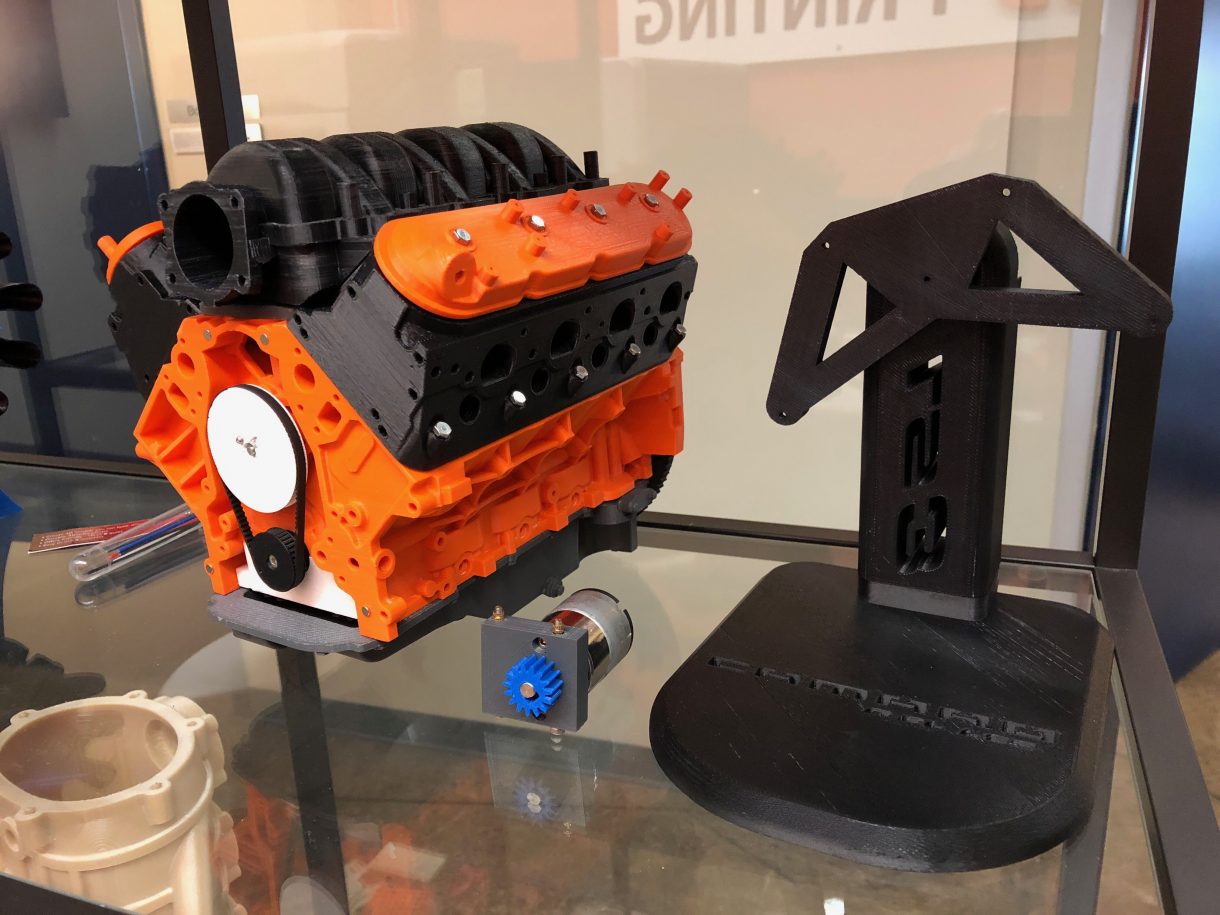 LS3 engine sitting on a shelf in our lab with the motor and stand sitting next to it.

At this point, the engine is pretty much complete. There are a few other things, mostly centred around visuals and aesthetics, that I want to complete before I can declare this project officially finished. A few of these include a “gas pedal” setup which changes the state of the speed regulator, as well as mounting the whole engine on the rotating stand (pictured above).

These two things will be covered in the last installation of this mini-series, which will be published soon. Subscribe to our blog to stay informed on this project.