Lamborghini use 3D Printing for development of lightweight components 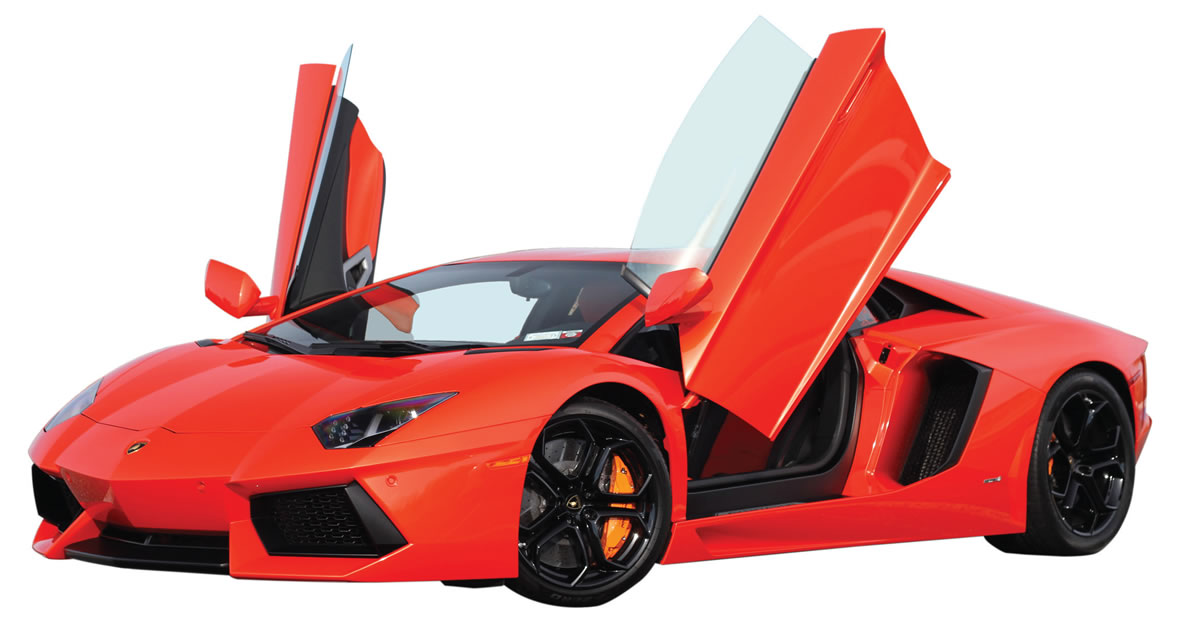 The Lamborghini Aventador is a two-seat sports supercar that accelerates from 0 to 60 mph in 2.9 seconds, has a top speed of about 230 mph and a base price of US$400,000. The Aventador is 9 percent more powerful, 20 percent more fuel efficient and 6 percent lighter than the previous generation Murciélago. The key to the Aventador’s extreme performance is its carbon-fiber reinforced composite (CFRC) monocoque, which makes up the core of the integrated body-chassis. The monocoque is a single CFRC shell 81 in. long by 74.5 in. wide by 40 in. high, the largest CFRC component on any production automobile. The monocoque weighs 324.5 pounds and the entire body and chassis weigh an incredibly light 505 pounds.

Automobili Lamborghini S.p.A. is owned by Audi, part of the Volkswagen Group together with other brands such as Porsche, Bugatti and Bentley. The Automobili Lamborghini Advanced Composite Structures Laboratory — or Lamborghini Lab for short — at the University of Washington partnered with Lamborghini to provide detailed design, quality control, process improvement and mechanical testing for the CRFC components that make up 50 percent of the Aventador by weight. Many physical prototypes were required to validate assembly fit, verify efficient load paths, and identify and correct issues that were invisible on the computer screen. “We had to get the design right the first time because the tooling used to produce just the monocoque cost several million dollars,” said Paolo Feraboli, professor of aircraft materials and structures at the University of Washington and director of the Lamborghini Lab.

As an example, the traditional approach to building a prototype of the monocoque’s inner tub would have been to make scaled tooling and lay up the prototype using CFRC. It would have taken an estimated four months and $40,000 to build the tooling and lay up the scaled part. “We were interested to see if there was a rapid prototyping method that could produce parts tough enough to withstand the stresses of assembly and handling,” Feraboli said. “We were also interested in building rapid tooling for laying up smaller parts, which requires mechanical strength plus high temperature performance.”

The Fortus build envelope was large enough to produce a 1/6 scale model of the body and chassis in one piece. The Lamborghini Lab built complete 1/6 scale prototypes of the body and chassis in two months, including printing out and assembling the parts. The build time of the inner tub was 6.3 days and material cost was $560. Total build and processing time including support removal, sanding, painting, etc. was 20 days. Total cost including materials, labour and machine time was $3,000.

Maurizio Reggiani, Lamborghini senior vice president and chief technology officer, said: “We made extensive use of FDM to make functional prototypes for the newly designed seven-speed transmission for the Aventador that offers 50 millisecond shift times, the fastest on any production vehicle.” The single-clutch transmission, based on the concept of the independent shifting rod, is a signature feature of the Aventador together with the CFRC monocoque and pushrod suspensions.

Shortly after the Aventador was unveiled, Lamborghini announced that the company had already sold out the first year’s production. “The Aventador is the first step,” Feraboli said. “Carbon fiber is not just for performance cars. It can improve gas mileage and reduce emissions in any automobile. We are looking at using more and more carbon fiber for higher production vehicles for the group.”

How does FDM compare with traditional processes for Lamborghini Lab?

Recent Advances in 3D Printing for the Automotive Industry [WEBINAR]

Transforming PLM for the Automotive Industry: Beyond the Status Quo [WHITE PAPER]