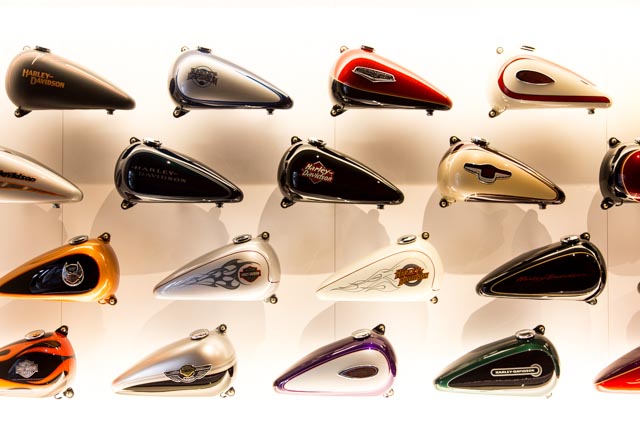 One high point of a recent road trip through Wisconsin was the Harley-Davidson Museum in Milwaukee. First let me say if you haven’t been to Milwaukee you should check it out. The downtown is lovely and there’s lots to do including a beer tour or two where I may or may not have had some free beer. While in Milwaukee I visited the Harley-Davidson Museum which is a mecca of sorts for Harley enthusiasts and wanna be enthusiasts alike. If, like me, you just like motorcycles and are interested in their history it’s still a great place to visit.

Motorcycles are marvels of engineering combining power, control and style into a very small package. Since 1903 Harley-Davidson has been inventing and refining the ultimate symbol of the motorcycle and today they use all the advanced tools they have available to them including Rapid Prototyping.

The museum includes lots of the company’s history and plenty of examples of their work old and new. As you come to the end of the exhibits you pass through the Design Lab where you will find details of the process for designing Harleys; this is where the science meets the art. 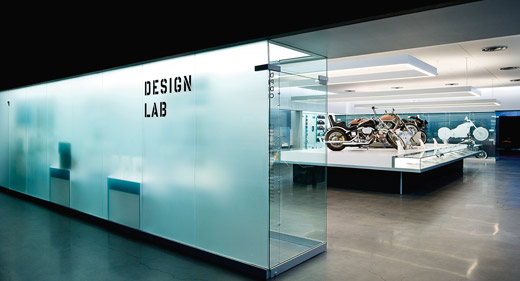 In this room is a large display focusing on the value Rapid Prototyping technology has brought to H-D’s process. Several samples of motor parts show how the company uses 3D printers for form and fit testing and examples can be found of radical new designs that were tested and proven using 3D printing back in the 1990s.

The photo below shows a 3D printed drive mechanism and the final production part behind it. You can see how accurately 3D printing creates the modeled part so engineers can test it along with all the other components it needs to interact with. 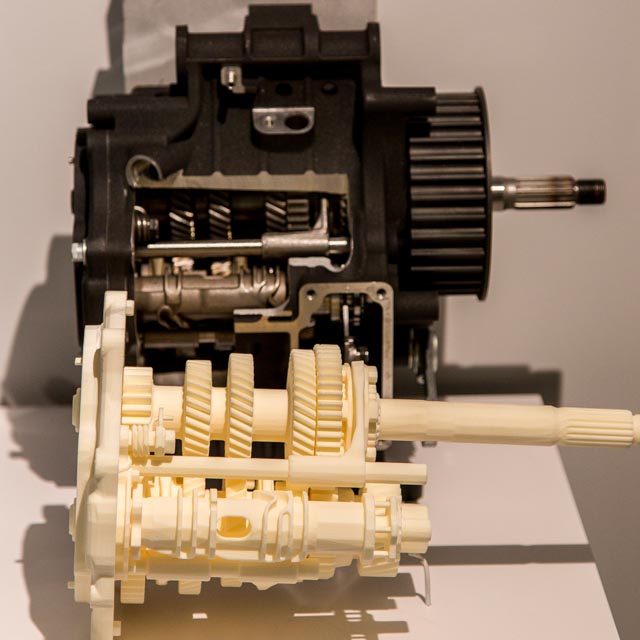 The next photo below shows designs from 1995 for H-D’s revolutionary Twin 88B engine that connected the rear swing arm directly to the engine resulting in better handling and a smoother ride.  Early 3D printed prototypes for the transmission cases can be seen below the designs including the unique brackets where the sing arm attached to the engine. 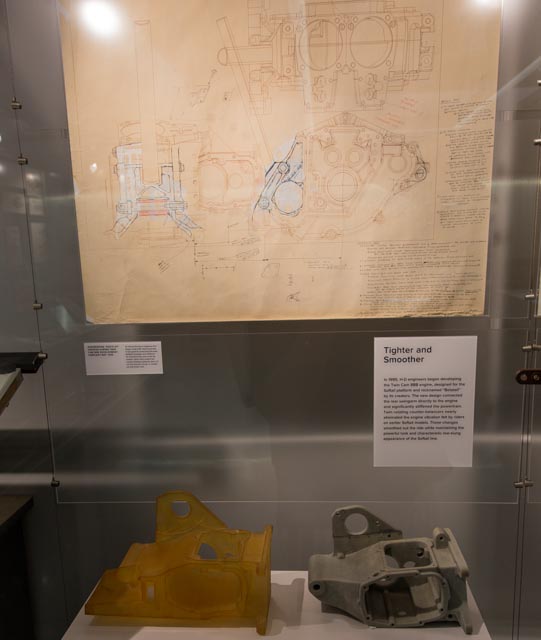 3D printers are helping Harley-Davidson to design better products and get them to market quicker.  What are you using?