Why Don’t My Macros Work in SOLIDWORKS?

Starting in SOLIDWORKS 2013, a new version of Microsoft Visual Basic for Applications was introduced.  SOLIDWORKS now uses VBA 7.1 rather than VBA 6.  This new VBA version supports 64-bit systems.  As a result, your old SOLIDWORKS macros broken as they may not compile correctly with this change. 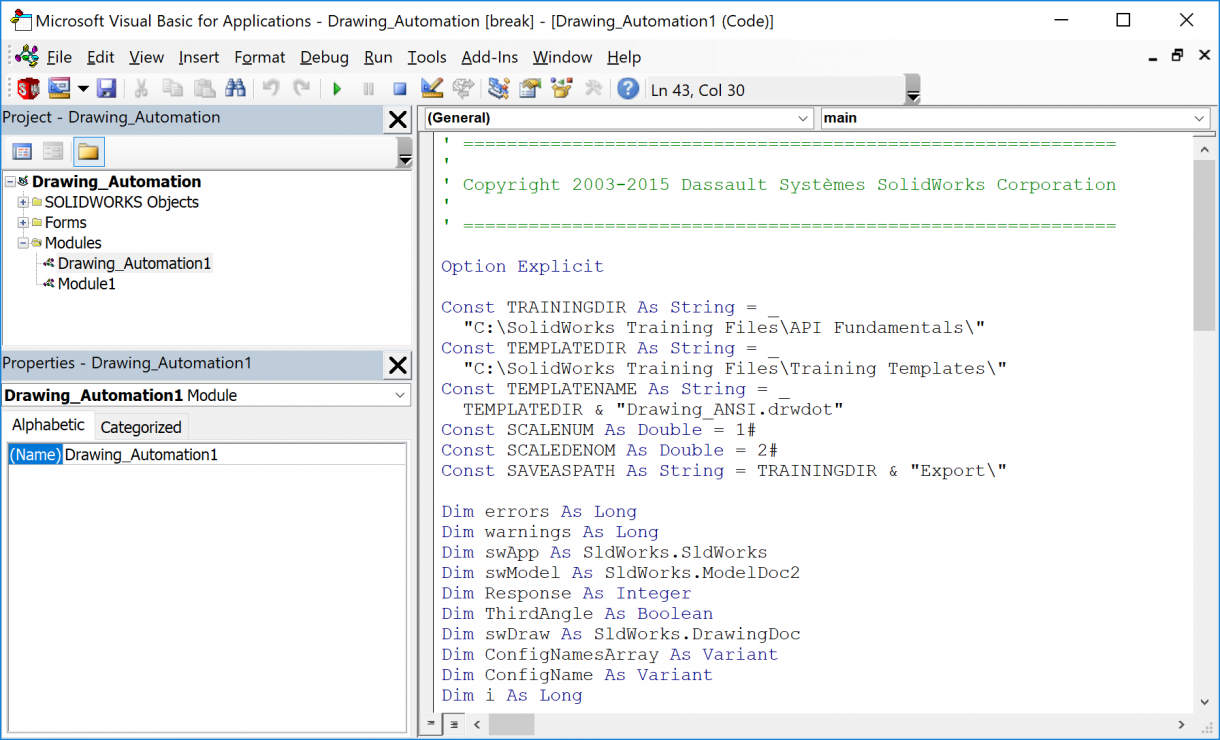 Also the “Long” variable for function arguments representing pointers will require the use of the “LongPtr” variable instead.

If you are using Win32 APIs, this new version also requires a change to the way you import these APIs.  Rather than making multiple versions of macros, you can use conditional compiler directives (#If Then, #Else, #End If).  This will allow the macro to work in SOLIDWORKS 2012 or 2013 in either 32-bit or 64-bit environments.  For more details and examples, please see the following forum posts.  An active SOLIDWORKS Subscription and Customer Portal account is required:

Posts related to 'Why Don’t My Macros Work in SOLIDWORKS?'

SOLIDWORKS Macro to create Drawings for All Configurations with Updated BOM

Why is my SOLIDWORKS Macro not Running?

SOLIDWORKS VBA Macro Code to Save Drawing as a PDF

How to obtain a SOLIDWORKS Document Manager API License Key