FREE Training Event: How to work faster with SOLIDWORKS

Shown prepped for test flight, this UAS with all-FDM airframe was the first such craft to take off and land on its own power

Inspired by an Air Force defense program, SelectTech Geospatial proved that an innovative company could make a UAS (unmanned aerial system) quickly and with limited resources. SelectTech’s test flight also marked the first time a 3D printed aircraft took off and landed on its own gear.

This side project succeeded without funding or the expertise of aeronautical engineers. Executive Director Frank Beafore said of himself and colleague Beth Galang, “We’re just a couple of bachelor-degreed engineers with design experience that love to rise to a challenge.” Beafore relied on a trial-and-error approach, learning from each iteration. He says FDM (Fused Deposition Modeling) 3D printing made this possible. SelectTech’s Advanced Manufacturing Facility specializes in technical solutions for C2ISR (command and control, intelligence, surveillance and reconnaissance). Its mission: delivering fast, lean, flexible manufacturing processes for rapid deployment. 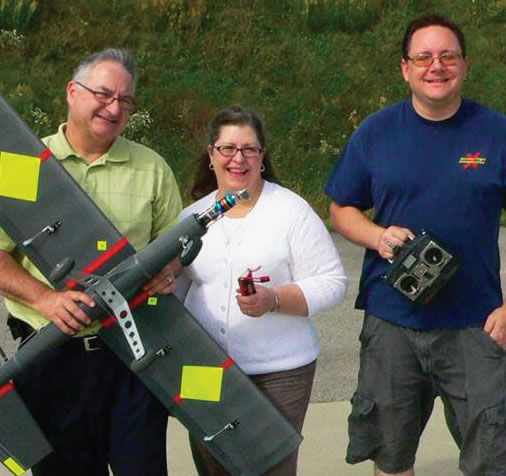 They refined the entire airframe, which has a 4-foot wingspan, through discoveries from physical prototypes. Galang modeled Beafore’s concepts in CAD, printed parts for testing and modified designs to correct problems. “We’d discover physical failures, redesign and get the parts right back into the FDM machine,” Galang said. Galang selected FDM to avoid tooling, and chose a Dimension 3D Printer for its part strength, precision and rapid turnaround.

SelectTech started with the wings, which are critical in making the UAS easy to fly for long durations. Galang’s design incorporated an engineered internal structure with the thinnest skin possible. “We approached it by pushing the wings beyond their limits. Then we backed off a bit to hit an optimal configuration,” said Galang.

The trial-and-error method continued for all of the airframe components, as shown in its first taxi test. Cruising along the runway, the UAS hit a bump that caused the wings to buckle. “For us, this was a positive result. We learned something,” said Beafore. “We immediately went back into CAD to reconfigure the fuselage. The next day, we had new FDM parts for more testing.”

The second taxi test was too successful; the UAS unexpectedly took to the skies without flight controls. So Beafore forced a hard landing that destroyed the wing tip and nose. “We learned that both needed strengthening. We simply did another round of CAD and FDM parts.” 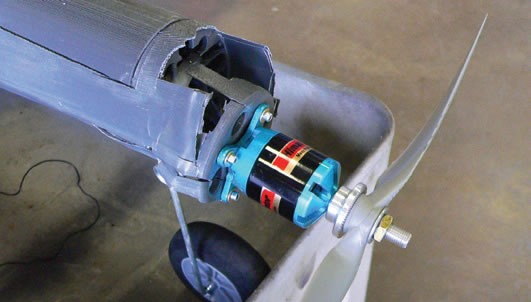 A hard, forced landing broke the nose cone, so Beafore and Galang reinforced it.

Their experimental approach led them to the big day: the drone’s first flight. “It flew beautifully,” said Jad Lowrey, test pilot. The UAS took off under its own power, cruised at 200 feet and landed softly. With an airframe made entirely of FDM’s ABS, it became the first 3D-printed UAS to do so. 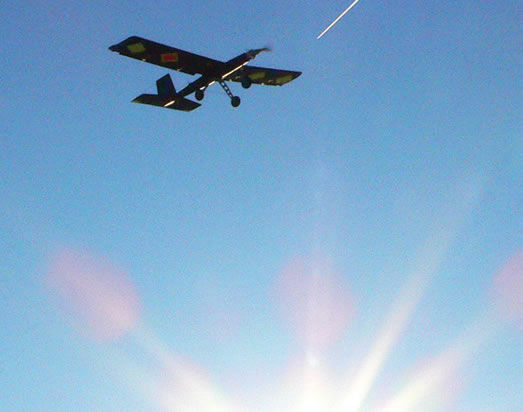 From concept to flight took just eight months. According to Beafore, if this had been a funded, mainstream project, it would have been much faster. “I know we could have had a first concept ready for testing in a couple of weeks if Beth and I had worked on this full time,” he said.

According to Beafore, introducing a new UAS was secondary to demonstrating what is possible with 3D printing: to show its clients that a complex product can be made, tested and manufactured without the overhead of computer simulation and wind-tunnel testing.

“Our success proves that this rapid-response method is ideal for sophisticated products. It is a speedy way to shake down new products before committing to a final design and manufacturing tools.” An easier product, like a ground vehicle, might have proved this approach. But according to Galang, chief designer, “We wanted to push this process to the limits, so we opted for a UAS.”

With its findings from the flight, SelectTech will make additional modifications before building the full-size, production UAS, which will have a carbon-fiber airframe — purely for strength-to-weight ratio. But FDM’s role will continue. Beafore’s plan is to 3D print structural members, wing tips and mounting hardware. Now that it has demonstrated success with the rapid-response, iterative process, SelectTech will use it as the model for future projects. “3D printing is an enabler,” said Beafore. “It is vital in our goal of rapid response with innovative solutions to challenging projects.”

Download our Aerospace white paper to learn how organizations such as NASA and Leptron are using additive manufacturing in all cycles of production, from design concept to near-end-of-life repairs.

Procedures for shutting down your 3D printer to avoid costly damage