Stratasys are helping to shape the future of flight with a 3D printed jet aircraft! Aurora Flight Sciences in Manassas, VA., has been developing unmanned aerial vehicles (UAVs) for both the civil and military markets for nearly three decades. However, with advancing customer needs and requirements, its research and development center is utilizing Stratasys® 3D printing technology more frequently for production parts and tooling to help bring new innovations to unmanned flight.

“Our goal with this project was to show the aerospace industry how quickly you can go from designing and building to flying a 3D printed jet-powered aircraft.”

“Nobody has ever done anything like this,” said James Berlin, an Additive Manufacturing Research Engineer at Stratasys. “For us, it was going into the unknown. We wanted to push these materials and additive processes to find new limits.” It was the use of a 22lbf (98N) jet engine and thrust vectoring mechanism that would help push the envelope due to the high speed and inherent maneuverability it would allow the aircraft. “There is still the stigma that 3D printing is a prototyping technology,” says Berlin. “But this is not a desk model that will break if you touch it, this is a 150mph jet.”

An inherent advantage of Stratasys 3D printing is the ability to design beyond surface geometry. While the design of internal structures now has a much higher level of design freedom, it can be more complex in initiating engineering structures for aerospace. Collaborating with Stratasys on the design enabled Aurora to utilize topology optimization, a physics-based approach that replicates complex structures found in nature, and show where internal material is unnecessary and optimize the structure for a given application. 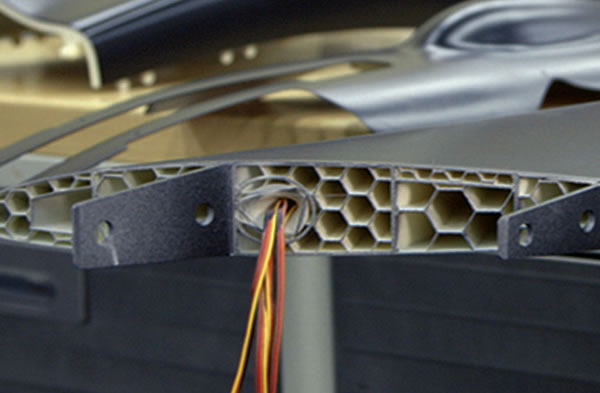 For Aurora, Stratasys’ additive manufacturing technology gave the team the design optimization to produce a stiff, lightweight structure, while also enabling the cost-effective development of a customized, mission-specific aircraft. In addition, the ability to consolidate assemblies into single components allows complex designs to become elegant and simple solutions. An example on this aircraft is the fuel tank that combines multiple components by having tubing printed on the inside and outside, mounts that attach to the fuel filter and fuel pump, as well as small clamps to attach the fuel lines. 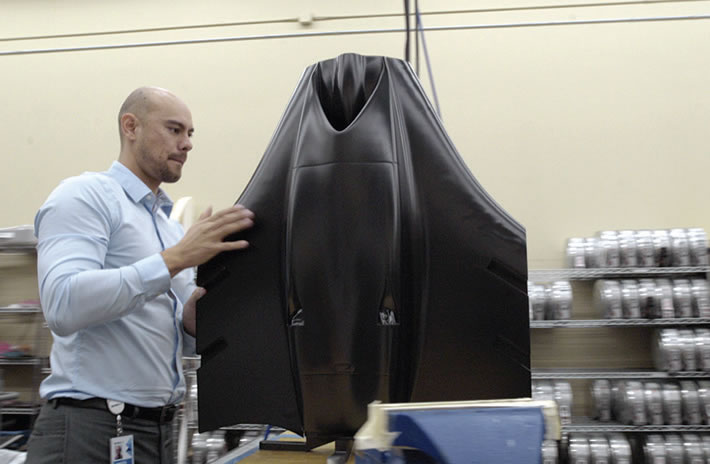 Stratasys and Aurora designed a complex structure that could be used for single-mission aircraft.

This design freedom allowed engineers to very accurately position the center of gravity, a key parameter for blended wing body aircraft. Dan Campbell, Research Engineer at Aurora Flight Sciences, said, “Any change in the design causes issues to the center of gravity. However, since the additive process can easily control where material is put and where it isn’t, iterating designs has minimal impact elsewhere on the 3D Printed Aircraft.”

The build time for this aircraft was cut in half by using additive manufacturing technologies. Eliminating the need for tooling helped reduce lead times significantly. The core team of six engineers used GrabCAD, a Stratasys collaboration solution that helps engineering teams manage, view and share CAD files, to coordinate the project. This helped the two companies, in two different locations, design and produce the aircraft in the short time frame. The software acts almost as a social media site, tracking revisions, allowing messaging, and acting as a repository for working engineering documents such as the Bill of Materials. 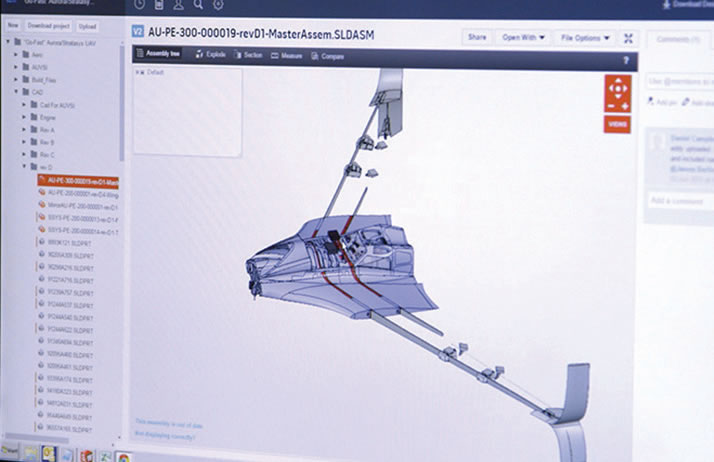 The major parts of the 3D printed aircraft include:

It has a 9.5ft (2.9m) wingspan and an airframe weight of just 14lbs (6.4kg). It consists of 34 total components, 26 of which were 3D printed and make up about 80% of the aircraft airframe by weight. Using Stratasys Fortus® 3D Printers, the wings and fuselage were produced in ASA thermoplastic, to give the necessary strength and stiffness, but with low density.

Ready for take off

The team was confident as they drove out to the salt flats to test the aircraft, but were not prepared for the emotional roller-coaster ahead. As they started working through final assembly of components on-site, nerves started to kick in. But once the 3D printed jet aircraft achieved lift off, a new reaction ensued. 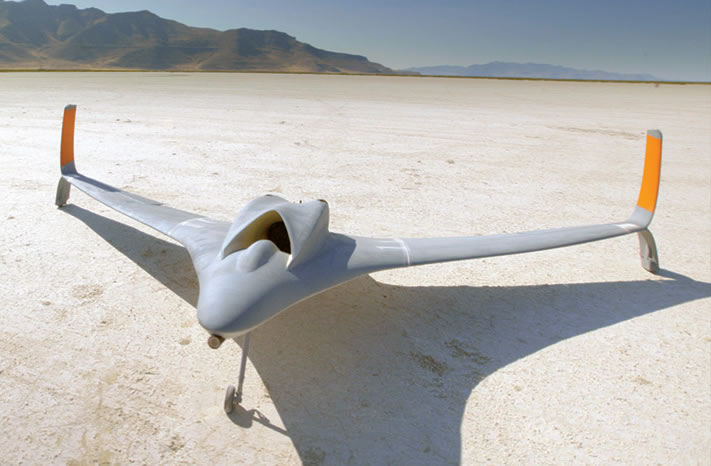 “The reason we know flying is still magical is because anytime an aircraft takes off for the first time, someone says I can’t believe it flies,” Dan said. “This was a magical moment. I absolutely love jet engines and seeing a 3D printed jet aircraft fly was amazing.” 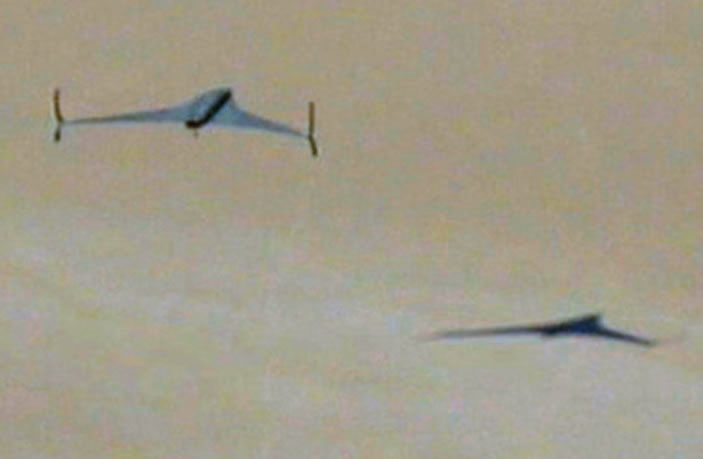 As more aerospace companies adopt the technology for production parts and tooling, Stratasys 3D printing solutions will increasingly help customers shape both manned and unmanned aircraft for civil and military applications, from tertiary to secondary and eventually even primary structures. “Our goal with this project was to show the aerospace industry how quickly you can go from designing and building to flying a 3D printed jet-powered aircraft,” Dan said. “There was a lot of satisfaction seeing it fly.”