They had help in creating this feature rich software enhancement from the rapid prototyping group at LAIKA, the production house that brought us the creative works of Coraline, Kubo and the Two Strings, Boxtrolls, and many other wonderful animated film productions. Brian McLean, an award winning rapid prototyping engineer specializing in stop-motion animation film production, has been a crucial resource to the Stratasys development teams because of the immense detail and consistency required for his team’s work in creating LAIKA’s loveable and emotionally complex characters. 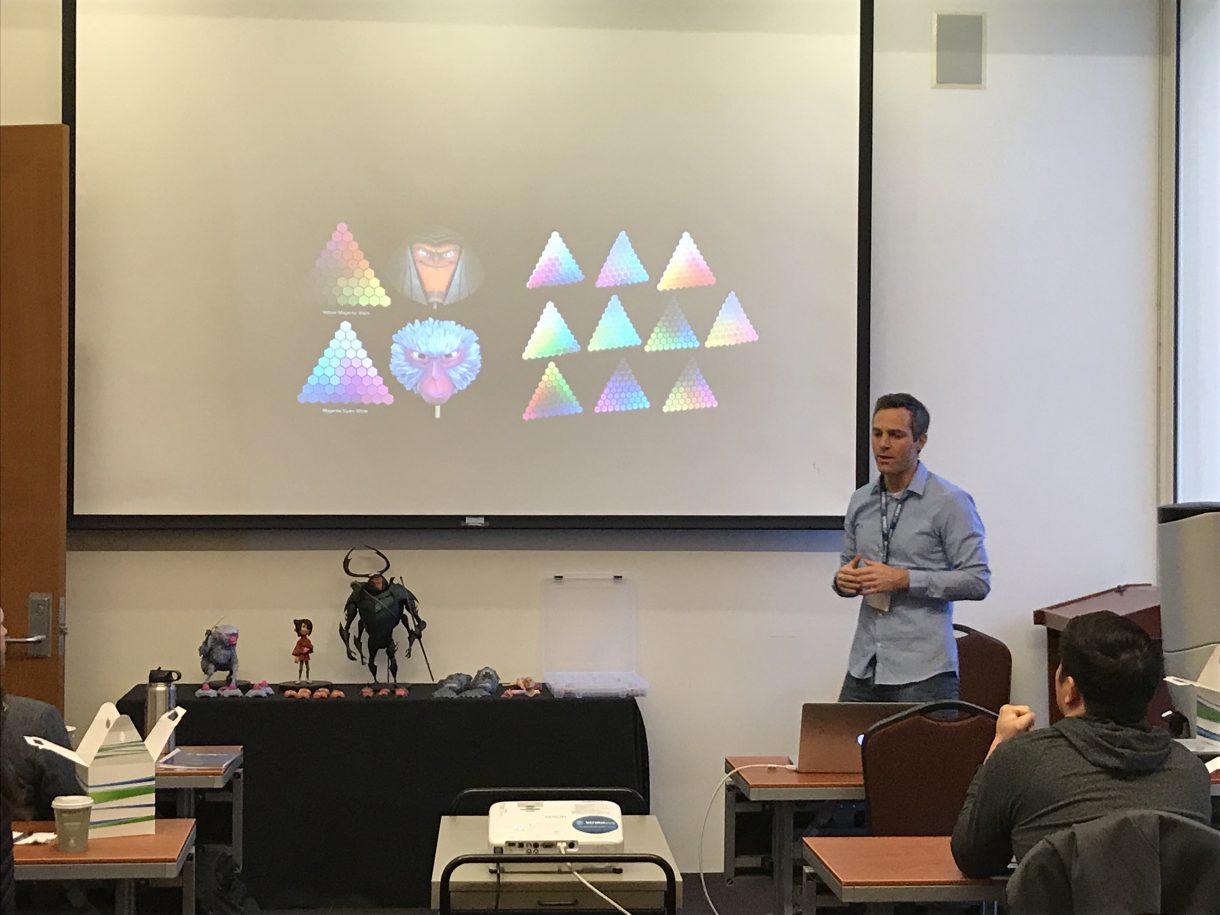 Rob Ducey,Technical Director at LAIKA, educating a group of Voxel Print hopefuls on the capabilities of the solutions he has utilized in his work.

The technical director at LAIKA, Robert Ducey, was recently on hand at a San Francisco based Voxel Print event Stratasys co-hosted at the University of California, San Francisco. He provided tangible examples of his innovative approaches and outlined concepts and processes LAIKA used that helped Stratasys engineers develop a more flexible and concise software product. He shared with the attendees a variety of character puppets that were designed using Voxel Print foundations and printed in multi-color, multi-material forms on Stratasys PolyJet technology. His team then digitally animated the printed puppets to perfection in order to bring the characters in their entertaining films to life for audiences of all ages. 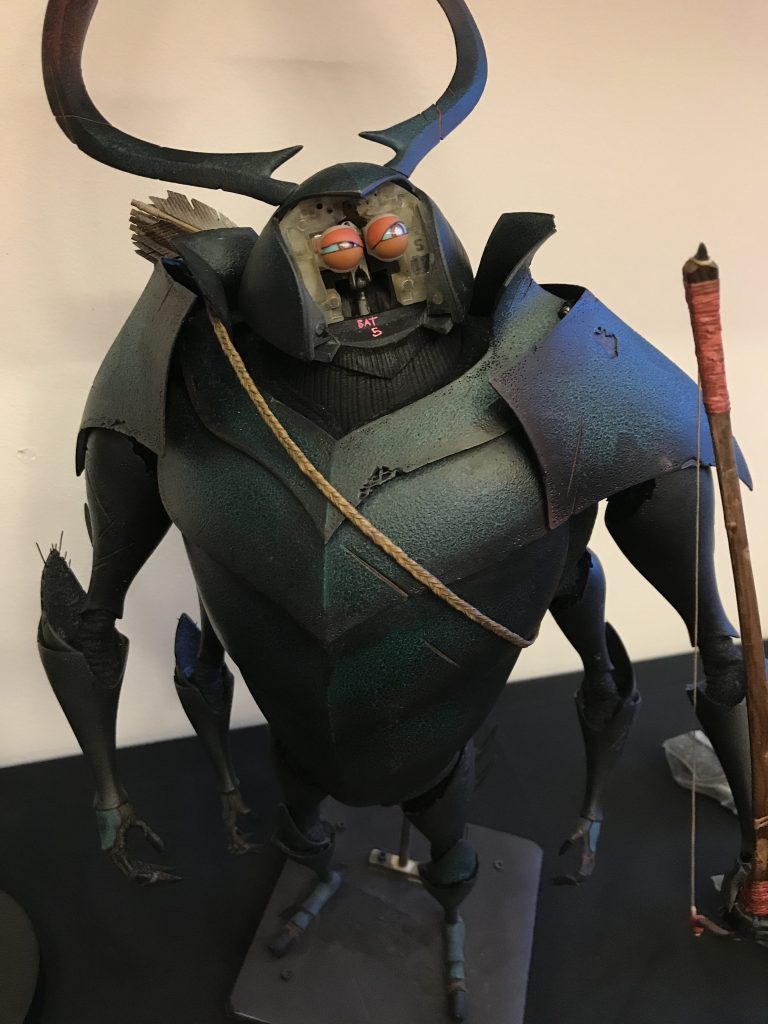 A Beetle puppet displaying the way that the Laika team were able to change the facial characteristics of the puppet for the film Kubo and the Two Strings in high resolution with realism and consistency by utilizing multi-material 3D printed facial parts.