Save Costs by Prototyping Injection Molds with a 3D Printer

Injection molding (IM) — the process of injecting plastic material into a mold cavity where it cools and hardens to the configuration of the cavity — is best used to mass-produce highly accurate, and often complex, three dimensional (3D) end-use parts and products. However, the development of molds for this process is often painstaking, highly expensive and time intensive.

Read this article to learn how prototyping injection molds with a 3D printer is now being used to reduce the time, effort and costs of creating a mold: 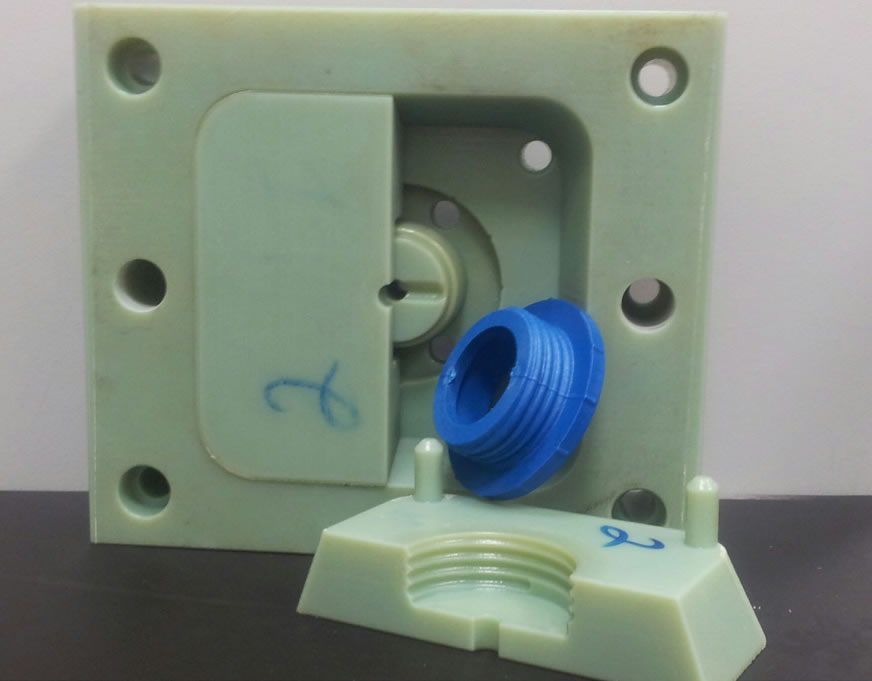 The High Cost of creating Molds

Hard-tooling molds are usually made from tool steel with a CNC milling machine or via electrical discharge machining (EDM). When used in mass production, they can last for millions of cycles but cost hundreds of thousands of dollars. What’s more, lead times to produce these molds are often measured in months rather than weeks or days. When tens of thousands of injection molded parts are needed, soft-tooling is an option. Made in aluminum, these molds are less expensive (typically $2,500 – $25,000) and faster to produce (2 – 6 weeks).

Unfortunately, the cost and time of tooling molds is often compounded by factors like:

It is with these issues in mind that manufacturers have begun to embrace the use of 3D printed molds to create functional IM prototypes.

PolyJet technology is an exclusive method of 3D printing offered with an Objet™ Production Series 3D Printer from Stratasys® that gives companies the ability to build injection mold prototypes in-house, quickly and easily. PolyJet printing creates 3D objects by positioning successive layers of liquid photopolymer into desired configurations. The plastic is then cured (solidified) with UV light. Once fully cured, molds can immediately be placed into IM equipment and used to create prototypes from the same material that is specified for use in the final product. These precision prototypes give manufacturers the ability to create realistic, finished-product examples that can then be used to gather true-to-life, performance data. 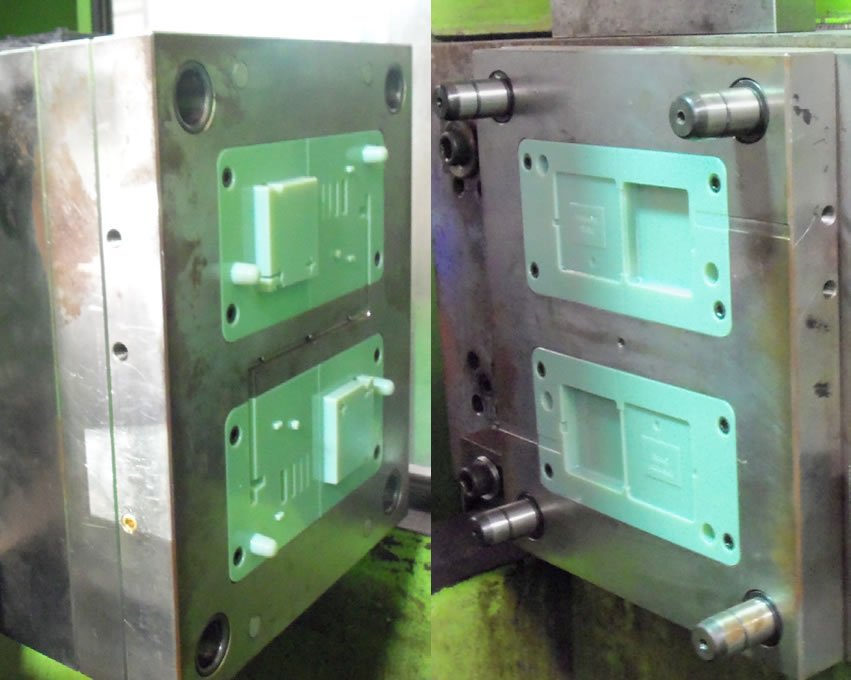 3D printed mold inserts on a molding machine. Left is the core and right is the cavity.

Prototype injection molds created with a 3D printer are not intended to be replacements for soft or hard tools used in mid and high volume production. Rather, they are intended to fill the gap between soft tool molds and 3D printed prototypes. The following chart (Figure 1) illustrates the niche PolyJet technology fills in the prototype development process.

* Although Fused Deposition Modeling (FDM) and laser-sintered processes use thermoplastics to create prototypes, the mechanical properties will not match those of an actual injection molded part because a) the processes used to create the prototypes will be different, and b) the materials used to create FDM and laser-sintered prototypes are not generally the same as those materials used to injection mold final parts.

The use of PolyJet 3D printed molds allows manufacturers the ability to take functional testing to a new level, by creating product prototypes from the same IM process and materials that will be used to create the final product. With this technology, companies can generate superior performance data and validate certification confidence. 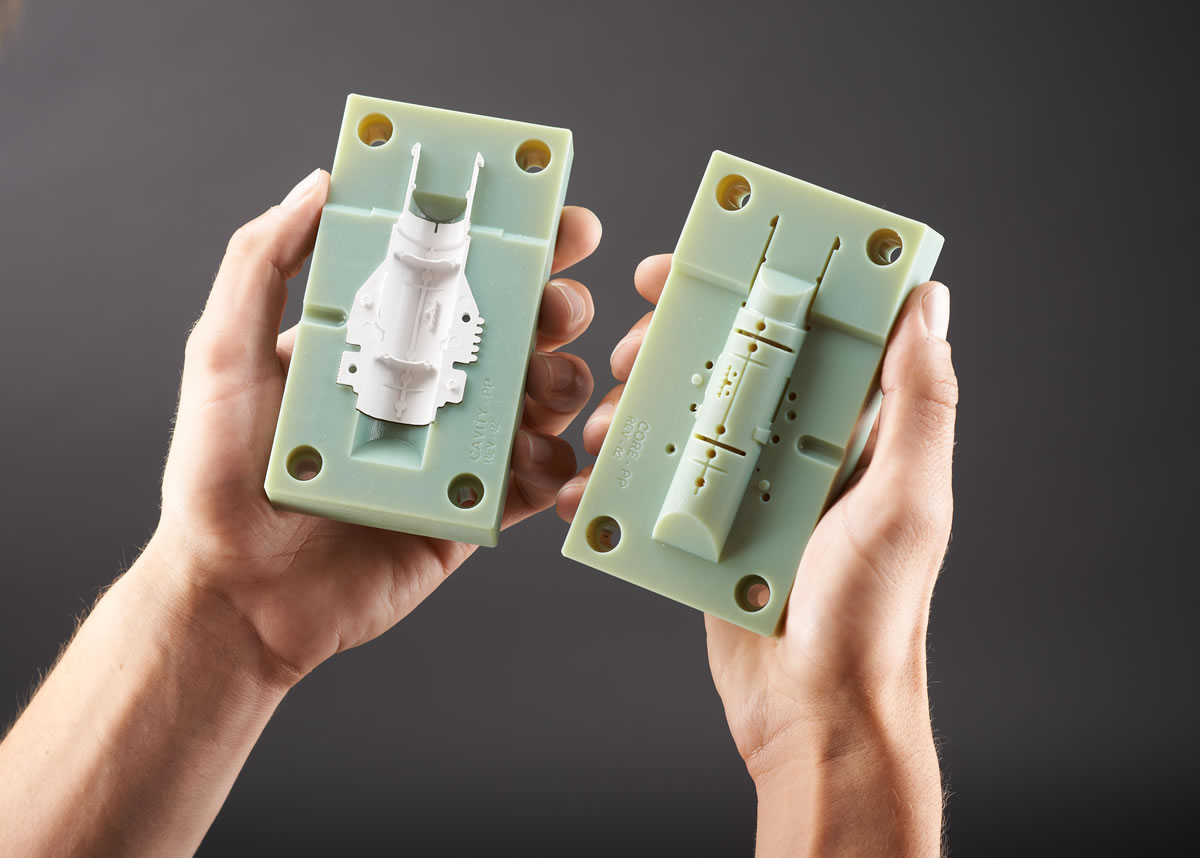 PolyJet molds are unique in that they perform in the same way as metal molds but are much cheaper, easier and faster to make. With PolyJet technology, mold manufacturers can produce prototypes at speeds and costs far below traditional methods. As a result, 3D printing allows manufacturers to easily evaluate the performance, fit and quality of potential products before mass production starts.

Why should you attend our SOLIDWORKS 2019 Launch event?

Which SOLIDWORKS Render Tool should I use? PhotoView 360 or Visualize?

Watch a recording of our LIVE SOLIDWORKS 2018 Launch Broadcast