3D Printed Architectural Models are helping to build our future

In recent months the 3D printing application within architecture and landscaping is really heating up! The growth in this space is staggering. I have been working with customers across the country who have adopted 3D printing as a tool for conceptual models and show models to win bids faster, easier, and cheaper. It’s a win, win, and win really. 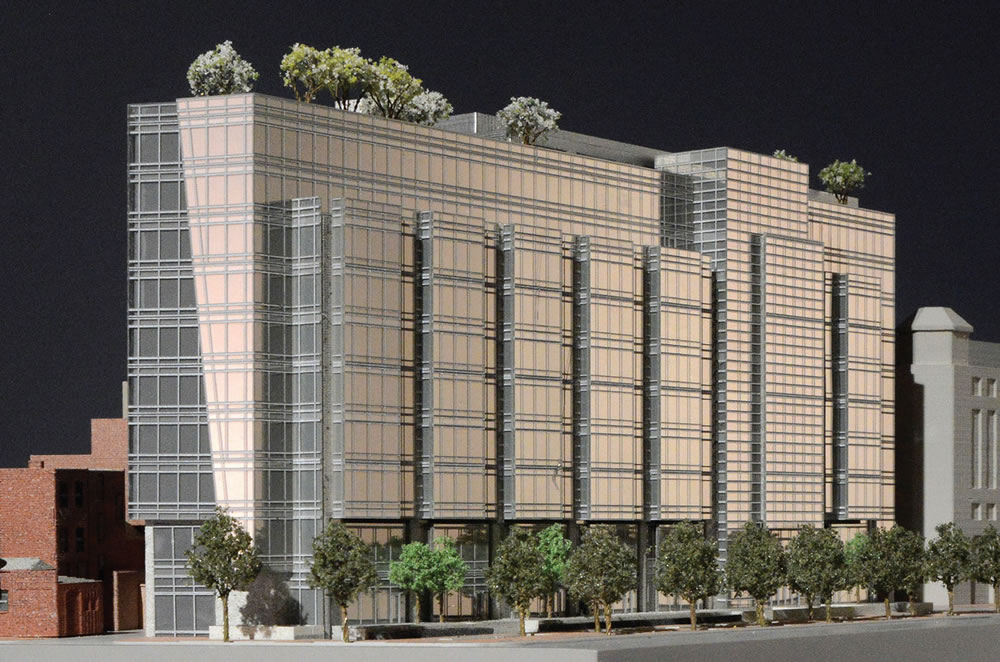 Shown in the table below is a comparison from the architectural firm KMCA in the United States of older method of architectural model creation and their newly implemented Stratasys Fortus 250mc production machine. As you can see the 3D printed model was created in half the time at a 60% reduction in cost!

For KMCA during construction of a development in CityCenterDC, 3D printed architectural models helped the developer’s sales team convey the buildings’ appearance and layout to prospective tenants. KMCA use skilled craftsmen to build their models using tens of thousands of components each. The models were displayed design centers and used in meetings with prospective tenants.

But the developer also wanted a smaller scale model of each building that the sales team could use to motivate prospective tenants to visit the design centers. Ken Champlin, president and founder of KMCA, presented two alternative approaches to building the scaled models.

The first approach was to use stick construction. It would have taken about eight weeks and cost about $20,000 to use this method to build a smaller model. Champlin recommended instead using 3D printing to produce the majority of the model as a single piece. This approach made it possible to provide a high level of detail while eliminating the time and cost involved in producing and assembling most of the individual components. 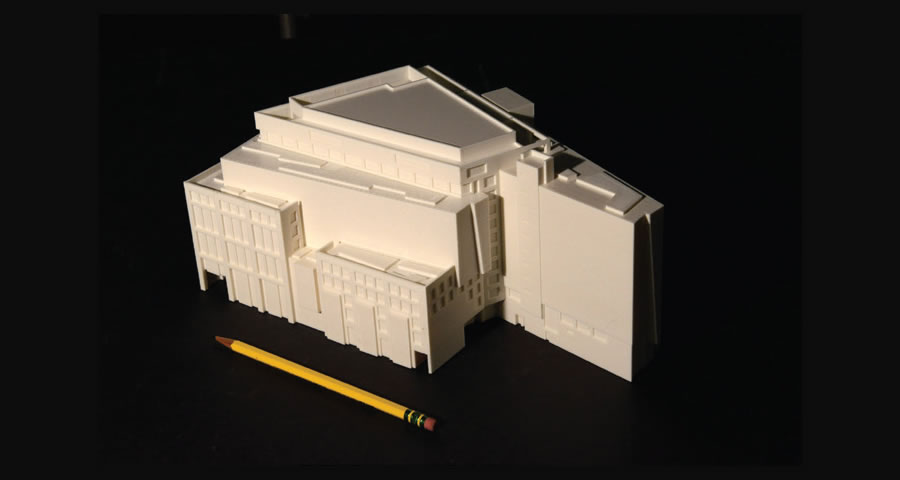 KMCA printed the core of the model comprising the majority of the structure as a single part on a Fortus 250mc™ 3D Printer. KMCA technicians separately printed the colonnades, the interior columns of the atrium; the arcade, the series of arches on the top of the building; and the mechanical rooms which are also on top of the building. The entire model was produced in ABS material.

“The developer was pleased that we were able to produce a scaled-down model that looked just as good as stick construction and was considerably more accurate at less than half the cost and in half the time of traditional stick construction,” Champlin said. “The developer was happy about the money they saved and even happier about being able to get their sales people on the road with a scale model one month earlier.”

Javelin has provided a fantastic array of solutions across Canada to improve conceptual models within architecture and landscaping firms. Previously, most of these companies were not producing conceptual models at all due to the cost associated and turnaround time. The firms were defaulting to software renderings which has been the status quo in this industry, until now!

So then why won’t a Makerbot or another sub $5,000 printer do the trick? The best analogy to point out the differences between our production series machines and hobbyist machines, like a MakerBot, is similar to the difference between entry level 3D CAD software like Google SketchUp, and industrial powered software such as SOLIDWORKS. SketchUp can work as a crude drawing but will not deliver the accuracy firms require to produce elite models. Read our comparison on 3D printers vs. 3D production machines »

Stratasys’ production printers produce highly accurate parts on a consistent basis without having to babysit the machines. They are truly lights out manufacturing. The best part is that these production machines are office friendly!

From our customer conversations, the power lies within accurate conceptual models during the design phase. These models reduce design time through fewer iterations, win contract bids faster, and improve work flow without adding manual labor internally. After installing commercial grade machines at our architecture customers we are finding that in less than one work week customers are printing their parts comfortably and are very happy with the ease of printing.

Learn more about 3D Printed Architectural Models. Here is a customer story for CarrotWerx based in BC. We also provide an Architectural 3D Printing Essentials training course specifically designed to help architects, architectural technicians, and model makers adopt the new technology and learn the techniques for creating models faster.

Contact us for a personalized consultation and find out how we can dramatically improve your architectural business. At Javelin, we are aiming high to improve architecture one printer at a time!

Participate in the annual 3D Post-printing Survey by PostProcess

How to manage dimensional tolerances in 3D printing