Let’s say you need to produce testing equipment for the some of the most vital, complex industries in the world, like aerospace, defense, automotive, rail and others. In these industries, there is a lot riding on whether a part passes or fails rigorous testing. Producing this testing equipment quickly, flexibly and with 100% precision is an absolute must to stay competitive. This is why the product engineers at Peak Production Equipment rely on Stratasys FDM 3D Printing solutions to create specialized jigs and fixtures for producing testing equipment for such companies as Rolls Royce, Siemens and BAE Systems.

Designed for a leading aircraft manufacturer, this Peak Production test unit tests the catch used to release the landing bay door of an aircraft. Due to the complex profiling of the internal components, much of this unit was produced using Stratasys FDM 3D Printing.

Testing is a vital part of product design, and Peak Production covers all the bases with their test boxes, test racks and other systems that are meant to catch weaknesses or safety issues during the design cycle. These pieces of testing equipment are themselves specialty items, and Peak Production has adopted Stratasys 3D printing as a way to create customized jigs and fixtures for their manufacture. Also, the 3D printed jigs and fixtures take up to 90% less time to create and cost 50% less than equivalent CNC-machined parts. This has enabled the company to ramp up production to meet the most aggressive turnaround times requested by customers.

Peak Production Equipment 3D prints all its jigs and fixtures using Stratasys’ Nylon 12 and ABS materials, providing part strength comparable to CNC-machined tools. This has been vital for the production of jigs, such as mechanical and pneumatic push down tools, as they are used directly on the production line to test and assemble complex parts for the aerospace and automotive industries. The large build size of the Fortus 3D Printer provides Peak Production with the flexibility to 3D print individual tools specific to the complexities of the part and adapt them for optimum performance. 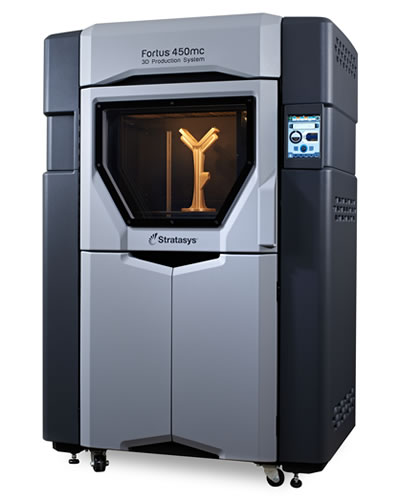 “We purchased our Stratasys Fortus 3D Printer 18 months ago and since then it has been running 24/7, including nights, holidays and weekends,” explained Richard Bushell, Group Managing Director, Peak Group. “3D printing offers us a new level of flexibility and versatility when it comes to production. We can 3D print complex tools of different sizes and materials on-demand in a fraction of the time, compared to traditional CNC tooling. We’ve also cut down on a number of manual processes, saving operator and labor hours which can now be redistributed elsewhere in the company – increasing our overall efficiency.”

“The production of high-value tools such as jigs and fixtures using 3D printing is an application widely adopted by manufacturers around the world to great success,” said Andy Middleton, President, Stratasys EMEA. “The ability to produce high performance 3D printed parts that can match the strength of traditional tools – faster and more cost-effectively than ever before – offers manufacturers a new way to innovate, increase productivity and become more competitive with their manufacturing.”

What does the SOLIDWORKS PDM File Compare function do?