For Jerry Grech, it’s all about helping students find the missing piece. Grech, who got his start in auto and space engineering, has been the machine shop coordinator for the past four years in the Faculty of Science at York University, Canada’s third largest university. Now, Grech says, 3D printing is paving the way into the future for students. The university uses four uPrint® 3D Printers — three of which are in the School of Engineering. 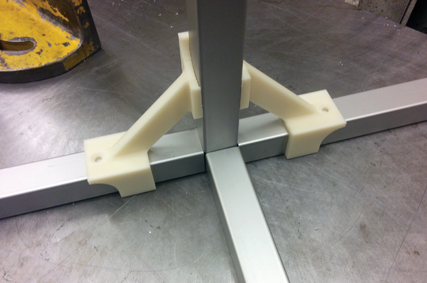 Quality and cost are two reasons professors and students are relying more heavily on 3D printing, according to Grech. Because he handles all purchasing for the machine shop, he’s able to quickly tell if a project would be cheaper and easier to do with a 3D printer. Although 3D printing is still new to York University, many professors are starting to realize the potential and cost benefit. If the job can be done with a 3D printer, Grech steers professors and students in that direction, which, according to Grech, is 30 to 50% less expensive than CNC prototyping. With the newly implemented GrabCAD Print™ software, his cost estimations have become highly accurate. Using GrabCAD Print, he can see exactly how much material each job is going to need. This makes it easier than ever to accurately predict costs and stay within each project’s budget.

Though they ultimately may need to build their designs out of materials other than plastic, allowing students and staff to digitally design their projects using GrabCAD Print saves money in the long run. “We use a lot of expensive materials,” Grech says. “Before we invest all this money into machine time and expensive materials, we can actually see a functioning prototype.” 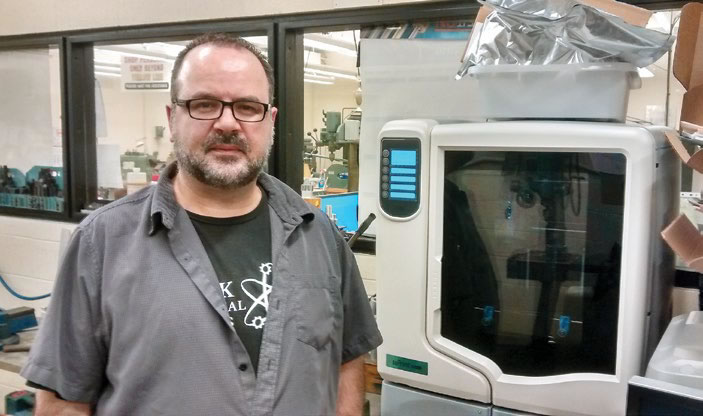 But cost isn’t the only reason Grech steers professors toward the 3D printer. Medical professors at York University have already taken advantage of this by designing custom surgical trays to hold their tools. Instead of purchasing trays from a supply store, they’re able to design them for the tools they need, rather than the ones manufacturers think they’ll want.

Of course, there are advantages in 3D printing for students as well. Giving students the opportunity to 3D print their designs and create working prototypes has opened up limitless doors, according to Grech. Many students that come into the lab have at least some design background and creating CAD models allows them to build more complex prototypes than they otherwise would have. Internally complex pieces used to be too difficult for many students to create. With 3D printing, however, these limitations are gone.

“Our motto with 3D printing is: If you can think it, we can design it and we can print it.”

Skills for the Future

According to Grech, having a 3D printer in the lab has inspired a new way of approaching projects for students. Previously, students kept designs as simple as possible to keep manufacturing efforts within their skill set. Said Grech, “They were limiting themselves. But now, with 3D printing, they can make whatever they want. With 3D printing, there are no holds barred. Whatever they can think, they can come down here and create.”

Students with the ability to create a prototype will be more competitive in the job market, according to Grech. Over the past twenty years, he’s seen how fast technology has shifted from manual machining into rapid prototyping and 3D printing. “Pretty much every part of the industry is prototyping now before they go ahead to manufacturing,” he says. “It’s limitless in its potential for its users. I was actually hesitant at first, too, but the quality has gotten so much better I find. I’ve been very excited with this machine and the outcome of the product.”

Part of our great success is due to our partnership with Javelin Technologies. Being experts in 3D design and 3D printing, they are able to answer any questions we have – whether it’s a design or print issue. With their support and training for our staff we are able to create and provide very unique pieces with on-time delivery for all our 3D printed projects.

Most of what Grech assists students with are one-off, highly specific pieces that fit into a bigger puzzle. The rewarding moment when Grech sees the finished working design or prototype could be months after he assists students. But that moment, he says, is what the university is all about – finding the right pieces to help make students’ ideas into reality