This past weekend I was fortunate enough to attend the Canadian F1 Grand Prix held in Montreal, Quebec. The event draws an international crowd to fill the stands for Canada’s largest sporting event. The energy was electric and the race was mesmerizing. As a diehard F1 fan I couldn’t have been happier to see the McLaren Honda F1 team tear around the Circuit Gilles Villeneuve. Stratasys and McLaren Honda have formed a strategic partnership for the 2017 race season. What most spectators weren’t aware of is what it took to get the two cars from McLaren to the track that day. This partnership is incredibly beneficial from both sides of the table. Allow me to dig deeper into what it takes to get a car to the starting line for a race weekend, then I will highlight the Stratasys’ 3D printing applications that McLaren Honda is leveraging.

The formula 1 race season consists of 20 races around the world. Most race weekends are separated by two weeks but some only have a single work week between races. To an outsider it may seem like the cars simply get shipped around the world from race to race. The procedure is a lot more complicated than showing up to the next race and trying your best. McLaren Honda will ship their cars back to their home factory in Woking, United Kingdom between each race to redesign and improve a significant portion of the car. With each new racecourse comes unique demands on the cars performance, especially in the realm of aerodynamics. The car’s carbon fibre bodywork and aero package is tuned for each track to extract the car’s optimal performance possible. Using conventional manufacturing methods, the car’s body work could be redesigned once, maybe twice between each race. This is where Stratasys comes in and accelerates the development process significantly. Currently, the team is leveraging both FDM and Polyjet technologies to advance the car’s performance weekend to weekend. 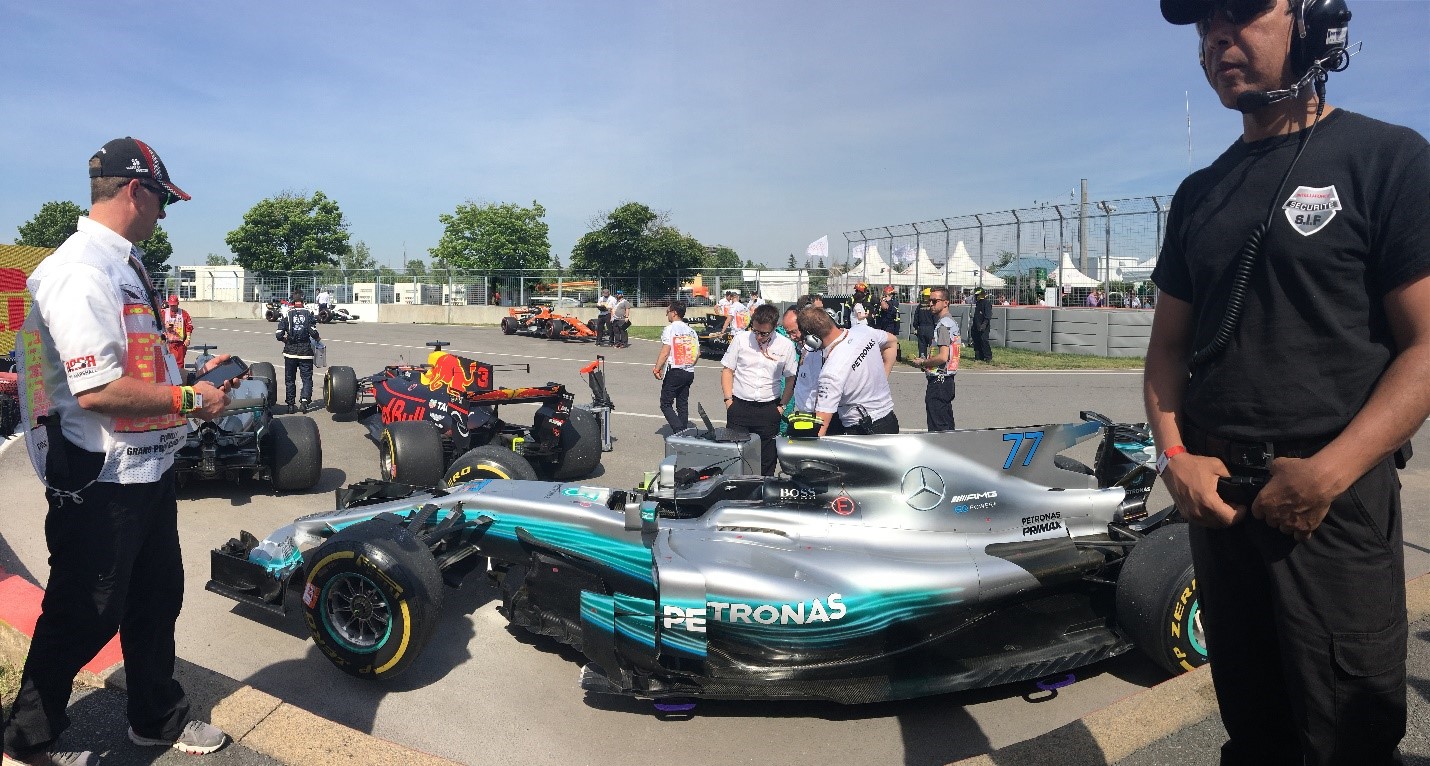 Traditionally, the car’s carbon fibre body work would take a significant amount of time to prep, manufacture, and cure. The advancements of Stratasys’ FDM sacrificial tooling material, ST-130, allows McLaren to redesign crucial aero components at an impressive pace compared to previous techniques. The team is able to print out these soluble cores, essentially eliminating the manual labour required to create carbon components. Given that there are only 12 days between race weekends, and teams may work 24/7 through those days, every hour saved is an hour gained in potential testing. McLaren can run CFD analysis on a computer to verify designs, validate a potential of 2-4 required design changes and simply print out the sacrificial tools that will be wrapped in carbon fibre. Once the carbon has been wrapped and cured, the cores are simply dissolved away with a low concentration solution and the part is ready to be bolted to the car and tested. This is the definition of rapid prototyping as well as rapid production. The McLaren Honda team can test more designs and achieve better results thanks to leveraging the ST-130 material from Stratasys’ FDM machines.

The team from Woking print both functional end-use components and prototyping components for their cars. A hydraulic line bracket traditionally took two weeks to manufacture in-house. Don’t for a second think these F1 teams are lacking in skilled machine operators! The teams draw some of the best talent from around the world and run state of the art manufacturing facilities. Additive manufacturing from Stratasys’ Fortus 450 FDM Production Printer streamlined the process. The bracket is now printed with carbon-fibre-reinforced nylon material (FDM Nylon 12CF) and takes two hours to build. Reducing the manufacturing time of this bracket from two weeks to two hours allows the team to focus on other aspects of the car. With the tight timelines of F1, gaining that kind of time and handing hours back to the engineering team is priceless.

McLaren Honda is also leveraging the simply astonishing technology of the J750 Polyjet printer. The drivers were complaining of a communication cable in their way while driving and requested that it be removed. By consolidating components and merging two wiring boots together, the communication cable was moved to a location that wouldn’t distract the drivers while racing. Distractions are the last thing you want as a driver while traveling at more than 320km/h around a racetrack! Using the multi-material capabilities of Stratasys’ J750 the team was able to create a two-point connector from the Agilus material in order to allow the boot to be flexible yet robust. Seems like a simple part to prototype and develop, but if it makes a difference to the driver’s focus that’s all that matters by the time they cross the chequered flag. 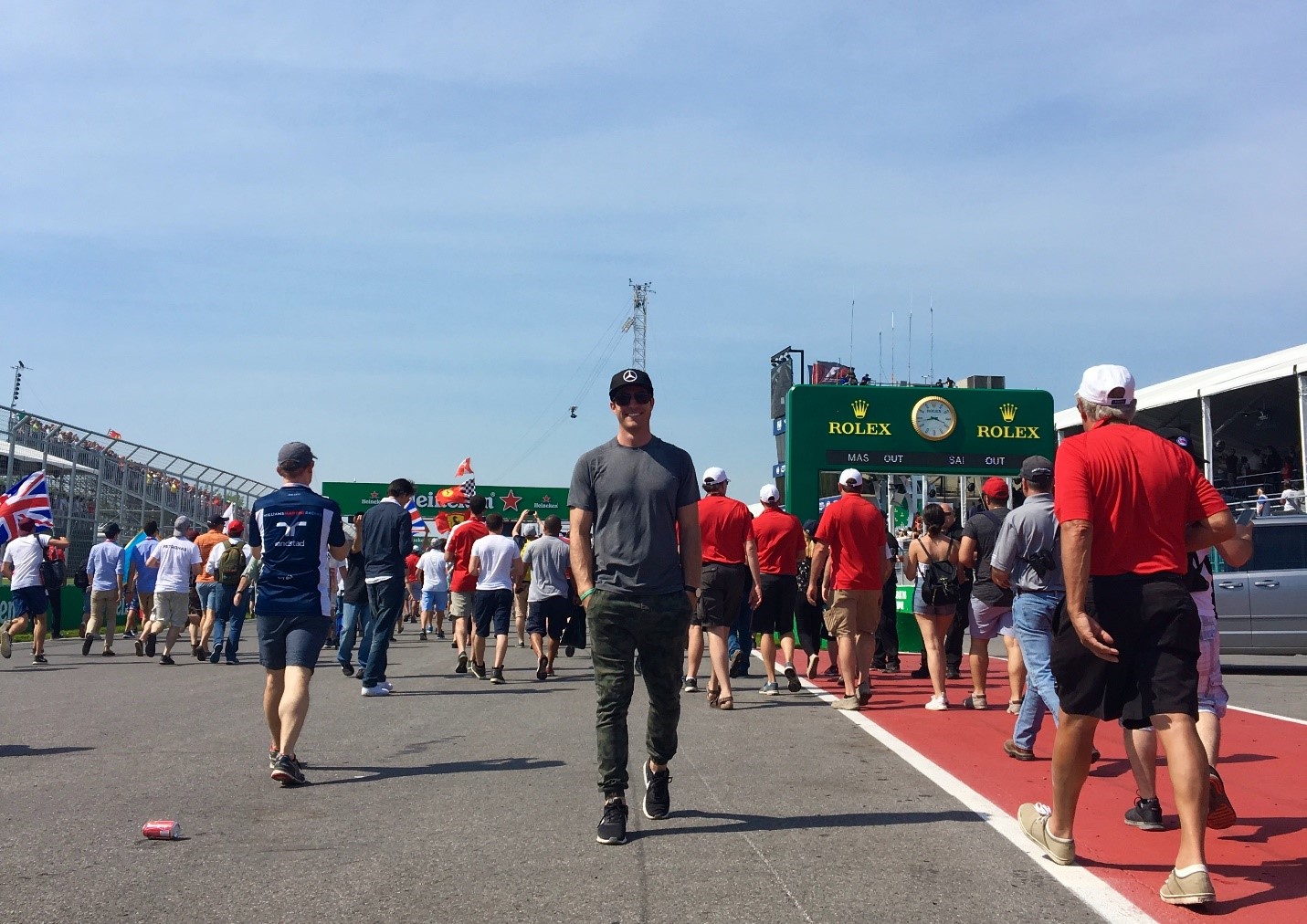 Javelin’s 3D Printing team is using the same techniques for companies across the country. It’s truly amazing to see that our daily operations are finding their way into the F1 circuit. There is no higher praise technically than having a technology or application used by a team in Formula 1. I’m ecstatic to see that what our team is working on is driving results for some of the most advanced machines in the world today.

McLaren Honda has one goal in mind and that’s to regain the title of Formula 1 Constructers Champions. With the advancements Stratasys is bringing to the team it is evident that the team will leverage additive manufacturing in order to attain their goal. As the materials increase in strength and decrease in weight, don’t be surprised to hear more about 3D printed parts being bolted onto these cars. The team isn’t where they want to be currently but by leveraging cutting edge manufacturing techniques they will be standing on top of that podium in no time.