Path to Aircraft Certification for Additive Manufacturing with Stratasys F900

Additive manufacturing (AM) is becoming widely recognized as one of the production methods for nearly all industries including aerospace, particularly in aircraft manufacturing.

In the early stages of AM in aerospace, the technology had been limited to producing tools and indirect manufacturing aid used to help other traditional manufacturing processes. In recent years however, more and more additively manufactured components are being installed directly on the aircrafts innovating the industry with vastly improved design freedom and simplifying logistic challenges such as inventory control. 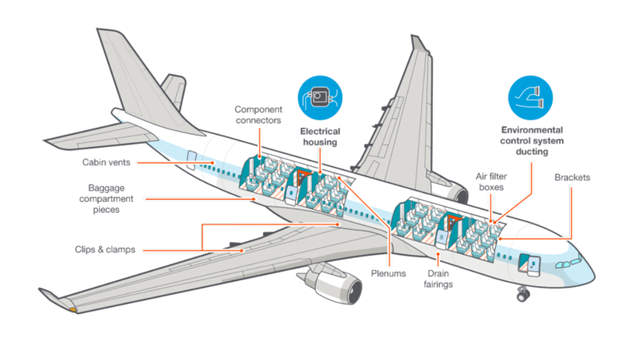 The barrier in front of many aerospace suppliers wanting to produce parts with AM is the difficulty which lies with assuring the airworthiness of the parts produced with the technology. The big players in the aerospace community have developed their own proprietary design allowables and process specifications that are far too costly to develop for the rest of the field. This has prevented the industry from moving forward with leveraging AM in larger scale. Traditionally, AM parts for aerospace had to be qualified individually. The qualification includes everything from the raw material sourcing to post processing and everything in-between. Without necessary specifications from regulatory agencies, the decision-making process in design and development stages was slow and expensive, let alone the testing and validation. 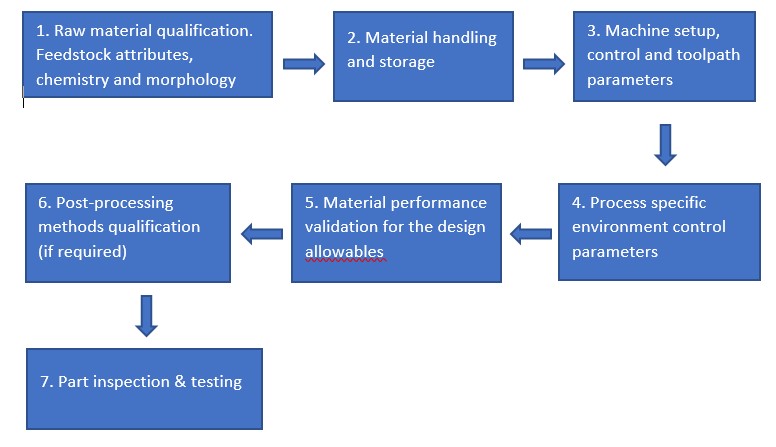 An example of airworthiness certification pathway

To open up the common ground to manufacturers for producing airworthy AM components quickly and reliably, Stratasys worked with the aerospace community including FAA, NIAR and other major aerospace OEMs to qualify Ultem™ 9085CG material and Stratasys 900mc™ (F900) using the NCAMP Process. This not only helps the aerospace OEMs but also the suppliers to jump in and produce certified components given that their equipment and process control have passed the equivalency test.

Stratasys AIS (Aircraft Interior Solution) package provides the necessary hardware, on-site training and the knowledge to help manufacturers to achieve the NCAMP process equivalency on their 900mc (F900) systems using Ultem 9085CG material. Proving NCAMP Process equivalency essentially takes all the guesswork out of the equation for the steps 1 – 5 in the aircraft certification pathway which saves tremendous amount of time and expenditure.

Ultem 9085CG is a special grade of Ultem 9085 filament that is produced in smaller batches, has more frequent testing and is fully traceable down to the raw resin lot. This is possible due to complete cleaning of all extrusion equipment to eliminate the cross contamination when the resin lot is changed during the production of the filament.

In addition to regulatory requirements, AIS-ready 900mc systems can also benefit other industries where low variance in part performance is important. NIAR’s testing revealed that the test coupons (approx. 6500 samples) produced with AIS-ready Stratasys 900mc systems running T16A tip and CG material had a significant increase in the mean strength value as well as a considerable reduction in variability, which leads to repeatable and superior performance compared to parts produced with non-AIS systems. 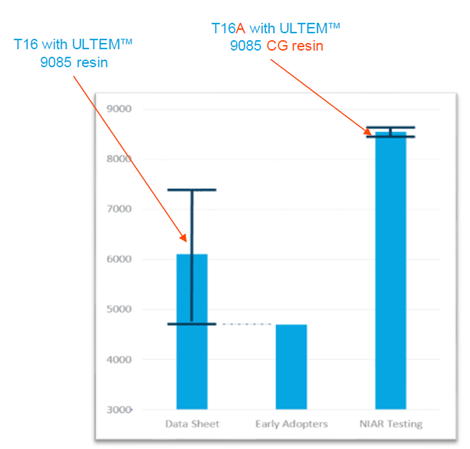 Standards help industries adopt and leverage new technologies to bring innovations to the table. The Aircraft Interiors Solutions is one of the examples demonstrating that Stratasys is paving the way for the true digital manufacturing era for tightly regulated industries such as aerospace. Simplifying the complexity of aircraft certification path with additive manufacturing in the highly controlled field will help OEMs and suppliers to take advantage of what the future of manufacturing has to offer.