What happens when you import an Insight .cmb file into GrabCAD Print?

“When I import a Stratasys Insight .cmb file into GrabCAD Print it looks nothing like the model I want to print?”

Here is an explanation of what is going on. Let’s say you want to print this bracket: 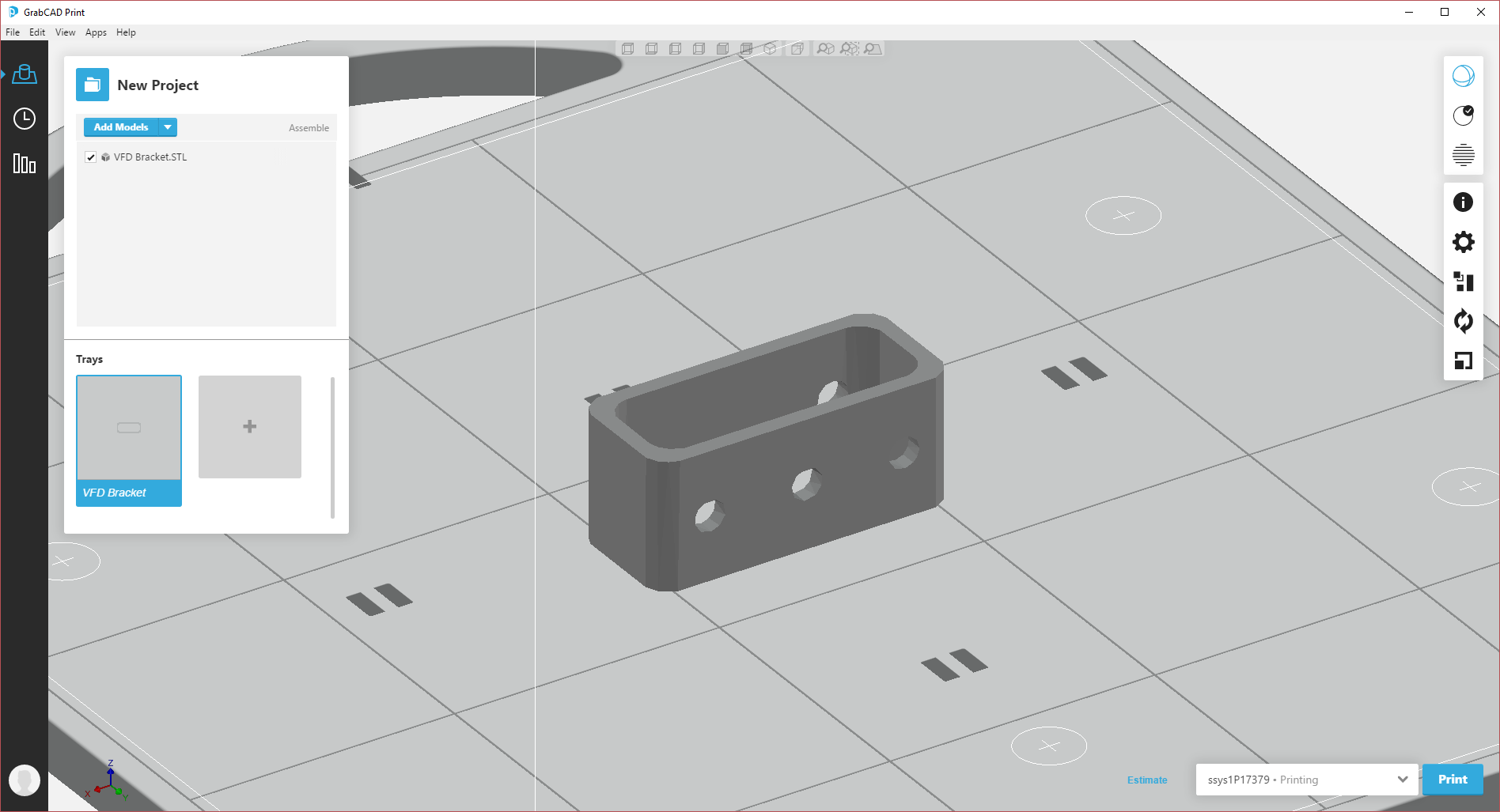 Generally, it’s better to print brackets out as solid, and for this special purpose, you decide you want to pack as much material in this as possible, attempting to make it water-tight. You throw the part into Insight and do some custom toolpaths and air gap manipulations: 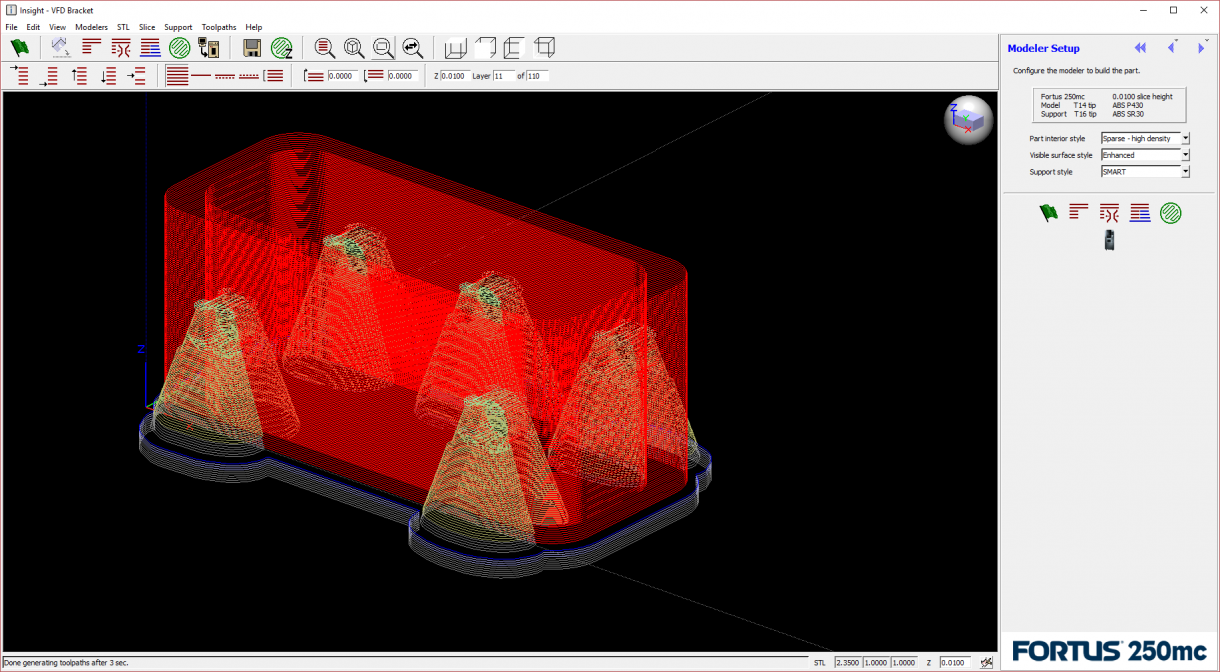 After saving your project as a toolpath (.cmb file format), you import that file into GrabCAD Print and see this: 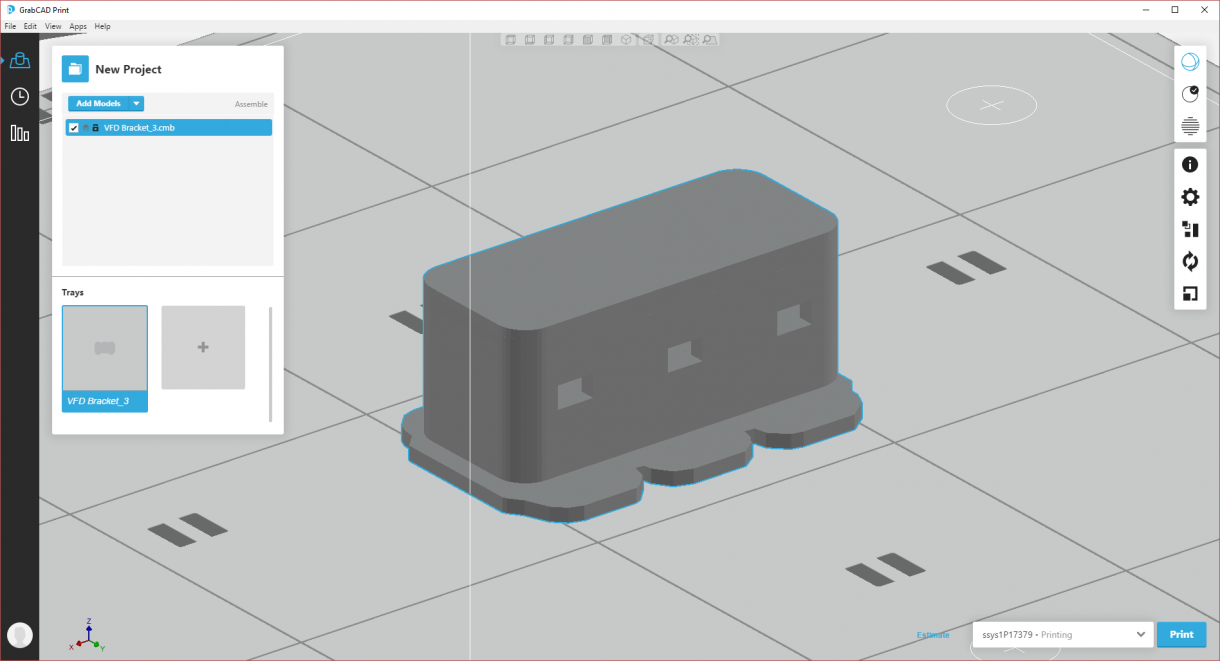 You may think the object has become corrupted. Maybe you changed something up in Insight and basically filled the entire block with material, rather than leaving the bracket hollow. Or maybe your display preferences in GrabCAD are set to low quality, so the program isn’t rendering as much as it should.

Insight’s .cmb file format holds information about the printer of choice, its toolpaths, contour and raster widths, air gap controls, layer parameters, and support structures. That’s almost everything you would be able to specify in GrabCAD if you used a standard .stl or .obj file. It also holds basic data such as orientation and scale. This is why, when you import a .cmb file into GrabCAD, the only thing you can change is where the object will sit on the build tray.

Now you may be looking at the image above and thinking “yes, but what about the actual object, it’s nothing like what I want to print”.

Insight’s .cmb files hold custom parameter and toolpath information that only deals with individual layers of a model rather than the entire part. GrabCAD isn’t able to render a fully detailed model because the information that it’s given is per slice. Instead of using more of your processors resources in trying to re-interpret the model, it generates a bounded silhouette of the object. 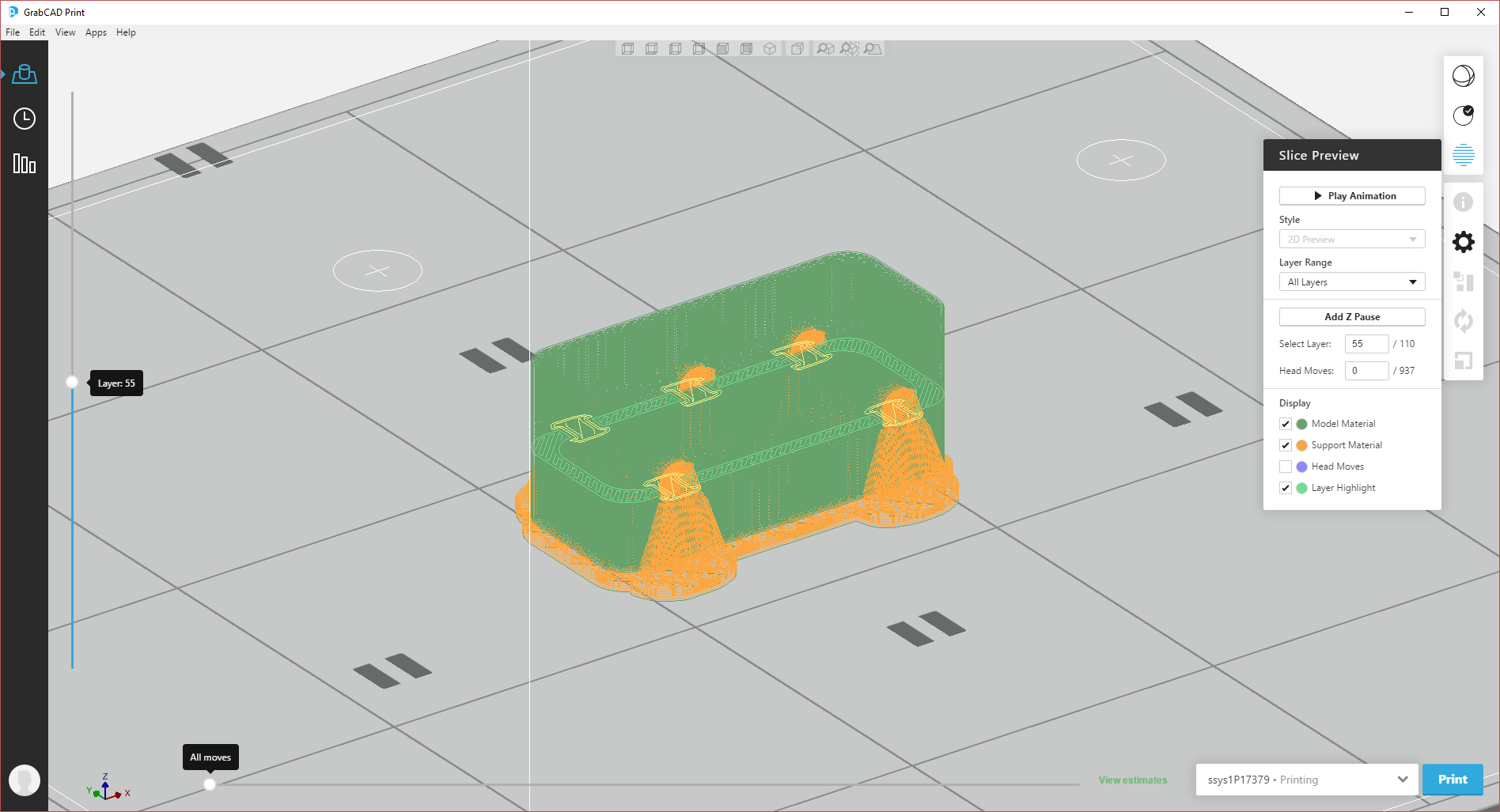 So why does this happen?

The way GrabCAD processes 3D models for printing is quite simple:

All of the data that you specify is stored in a way that is quick and easy for GrabCAD to understand. Taking that information, it can then build an accurate interpretation of the 3D model, including toolpaths. When you import a .cmb file into GrabCAD, you’re basically telling it to not worry about all the model information, as it’s already been provided from an external source. This is why the modified 3D model looks oversimplified and at times “damaged”, because the program isn’t trying to develop an accurate interpretation of the object. It’s assuming you already know what it will look like from Insight, and simply showing a silhouette. If you want to see your custom layer settings, just hit the Slice button

There are a few benefits from doing this, the main one being resource usage. GrabCAD doesn’t use unnecessary processing power trying to re-interpret an already specified 3D model. This resource-saving really shows when you start printing multiple .cmb files on one build tray.

One thing to note

After importing a custom toolpath into GrabCAD, you cannot import conventional 3D object files in the same project, as the software can’t parse the data correctly. Hopefully that’ll be fixed with a software update somewhere down the line.

Posts related to 'What happens when you import an Insight .cmb file into GrabCAD Print?'