Recently B+H Architects received delivery of a Stratasys 3D printer. Within a day, they were 3D printing architectural models. After just a couple of months, they were enjoying all the benefits of in-house, start-to-finish control over their architectural model-making that ensures both quality and on-time performance.

B+H has its home base in Toronto and is one of the largest architecture firms in the world, with hundreds of architects, interior designers, and urban planners working in locations such as Seattle, Shanghai, and Dubai. They work in all sectors, from commercial and institutional to healthcare and sports. B+H has designed notable projects, including Ripley’s Aquarium of Canada and MaRS Centre Phase 2 and was heavily involved in all new and some renovated Toronto 2015 Pan/Parapan Am Games facilities, most notably as the design architects for the Markham Aquatics Centre and master plan, design, and compliance consultant for the Pan Am Aquatics Centre in Scarborough – home pool of 2016 Canadian Olympian Penny Oleksiak. 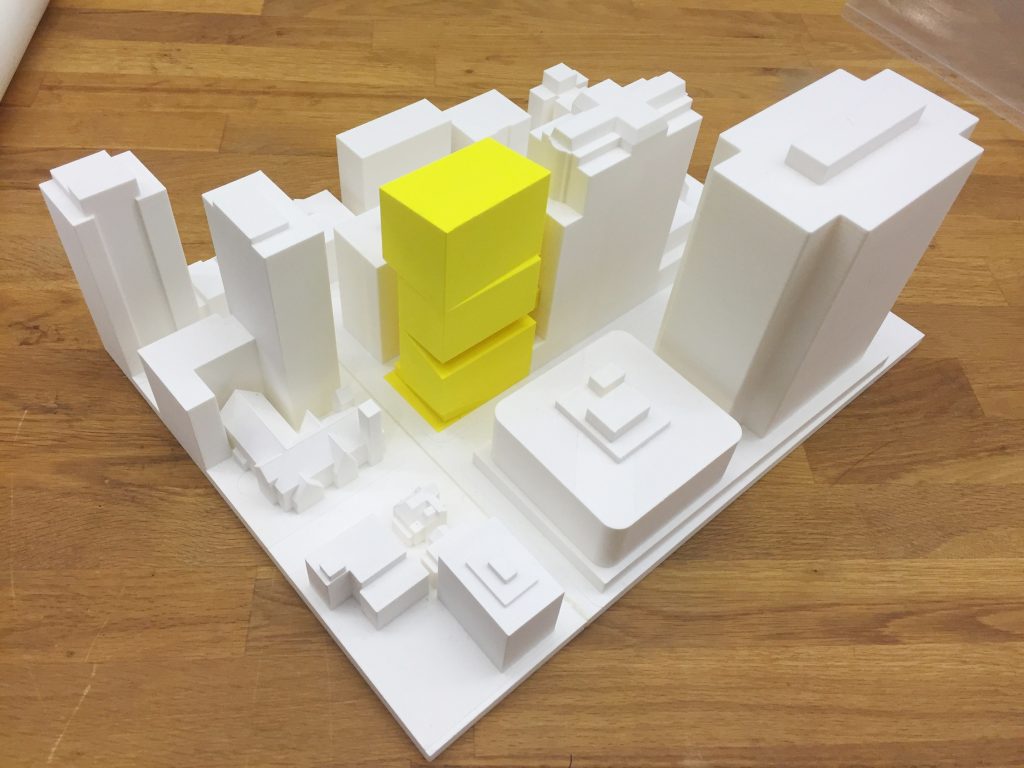 Models that bring ideas to life are top tools of the trade in architectural design. At B+H, the design teams often use their 3D printer to make massing models – scaled models that show the fundamental form of a building.

“Massing models show form and context,” says Holly Jordan, architect and Senior Associate at B+H. “We can 3D print various proposals for a site and switch them out. We’re working on a complex project right now and we’ve made proposal models of different scenarios that fit right in the contextual model of the surrounding city.” 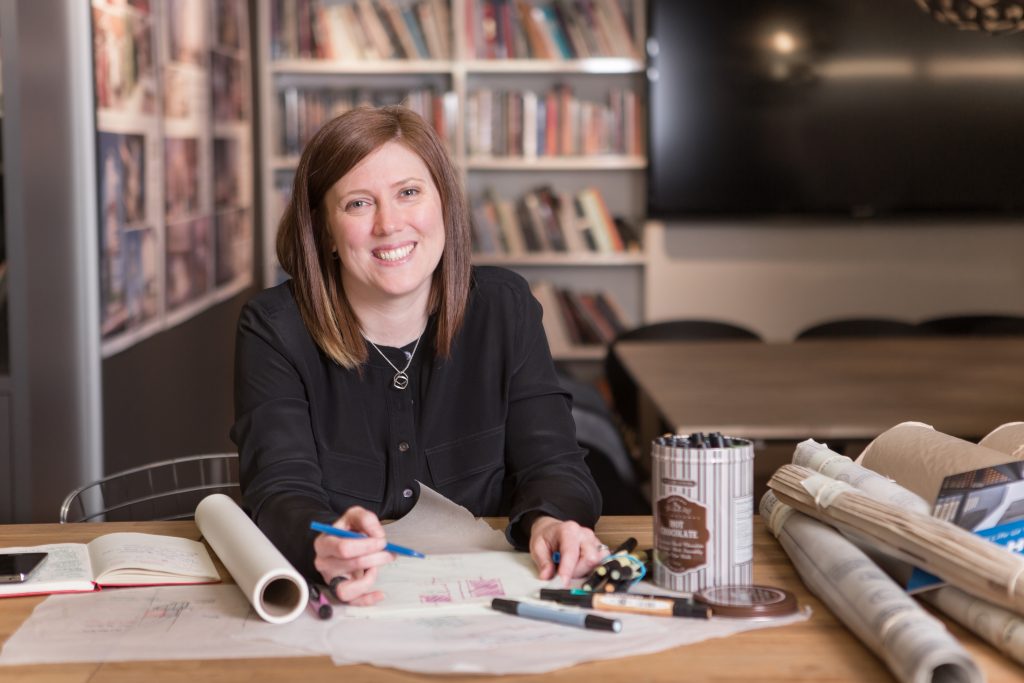 3D printed models are particularly helpful when envisioning large tower projects. Architects can use software to simulate shadowing, but Holly explains that the models easily demonstrate the impact of the new form in the neighbourhood.

“In Ottawa, for example, architects must show that a new building won’t be detrimental to view corridors related to historical properties. Our 3D printed models can help confirm that our proposal complies with view corridor restrictions and ultimately complements the surrounding city setting.”

Larger-scaled wall section models can display overhangs and windows, using clear acrylic panels for translucent detail to complement the 3D print. It’s also possible to make complex forms that otherwise could not be modeled by hand.

“We do some complicated massing, such as curvy or complex faceted shapes, that would have been difficult or impossible to build using other materials,” Holly says.

B+H recognized 3D printing as an important resource before investing in their own printer. They previously outsourced the printing, but only at certain milestones, most often toward the end of a project.

“Now we make models early in the process to inform our design ideas, or make a stronger case for our proposal in order to win business,” Holly says. “It’s become a big part of our design arsenal.”

Patrick Fejér, a Design Principal at B+H, first led the charge in getting a 3D printer. Holly, as head of B+H’s R&D group, B+Hink (pronounced “B think”), assembled a small committee of in-house experts to research available options and interview different providers. It was their job to evaluate 3D printers, considering everything from physical size and technical requirements (such as access to water or exhaust hoods) to print material types and quality of output.

B+H chose a Stratasys 3D printer sold and supported by Javelin Technologies, because it is a powerful machine with a small footprint that uses fuses deposition modelling (FDM) technology. The ABSplus thermoplastic is available in nine colours and is ideal for conceptual models.

Stratasys machines offer the best solution in terms of reliability, tidiness, and user friendliness, and also fits with B+H’s efforts to mitigate any excess fumes and to recycle materials where possible. Sustainability plays an important role in B+H’s design work and extends to providing healthier work environments for their staff. The Toronto studio currently monitors indoor air quality for VOCs and PM2.5 (particulate measurement data). As live data is collected, B+H will adjust the existing fume hood capacity to accommodate the new printer as required.

Holly says Javelin was a big help getting them set up, checks in on them regularly, and has been resourceful in making sure consumables are replenished.

“The partnership has indeed proved to be successful. We have people here who have worked with 3D printing before and were quite familiar and eager to get started. We hit the ground running.” 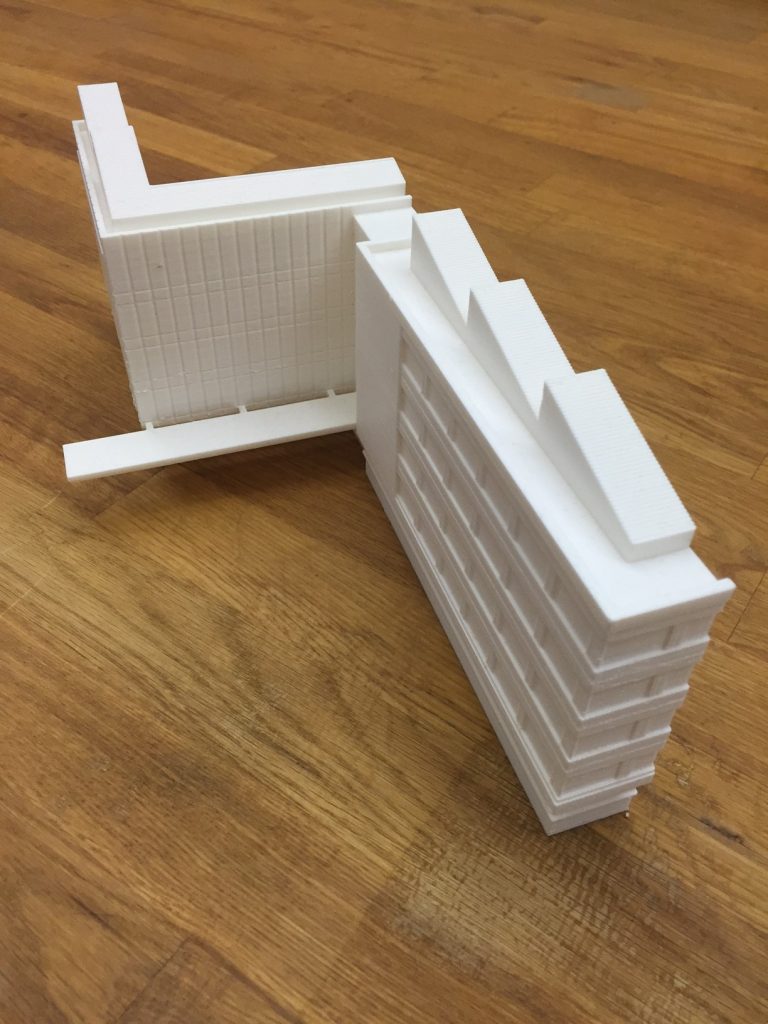 Even though they’ve been operating their own printer for just a few months, Holly says the B+H design teams have already been enjoying the benefits of controlling the entire process in-house.

“When you turn over the printing to someone else, there’s a disconnect between the designer and the print team. If there’s a technical issue with the file, such as unresolved surfaces, the model will most often come back wrong or incomplete.”

When turnaround time is a factor, and it usually is, B+H is now confident that models will be ready on time. “We can choose to slim down a model to reduce the print time if we’re in a hurry to get a model done and out the door,” Holly says.

A fit with company values

B+H prides itself not only on architectural design expertise that’s known around the world, but also superior client relations and keen listening skills. Their collaborative approach to design encourages input throughout all stages of the project. Embracing the latest in 3D printing allows them to enhance two-way communication with clients and others who are interested and invested in their projects. 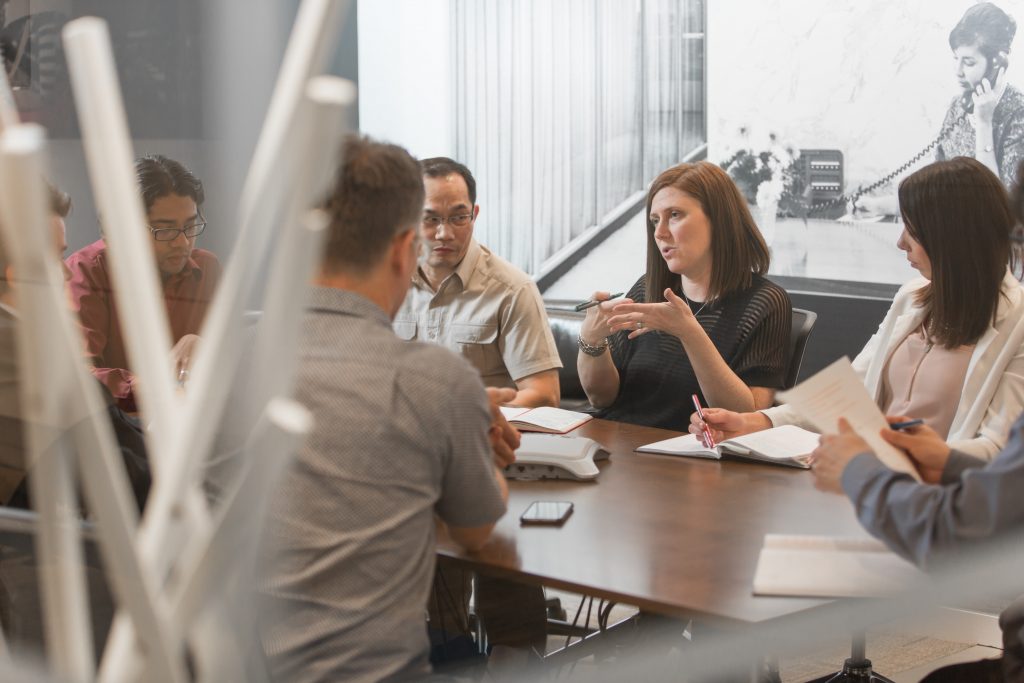 “With 3 -printed models, there’s a wow factor,” Holly says. “Clients and stakeholders are super engaged. Nothing can replace the delightful tactile experience of holding a model in your hands, despite the power and sophistication of virtual environments and renderings.”

B+H will continue to push the boundaries and explore the possibilities of architectural model-making with their 3D printer. They’re documenting everything, including lessons learned, and always looking for ways to improve. Future plans involve printing for a virtual reality (VR) environment – adding a VR skin to a white model to allow users to evaluate different options for a building, such as different window arrangements or cladding materials.

“Architecture is different from other industries, each project is unique. You can design a hospital, a stadium, or a mixed use tower complex and the next project will be entirely different. Our 3D printed models allow us to talk about each new design in a more robust way. We’ve really been able to bolster our services by having on-demand 3D printing available to us.”