Why Javelin Technologies is sponsoring a Canadian athlete (and why you can, too)

Keep your feet on the ground and your eyes on the stars.

It’s the motto and message (and even tattoo) of an Olympian – Liz Gleadle, Canada’s top female javelin athlete. (You’ll forgive us for thinking it sounds a lot like Javelin’s “Aim High” tagline.) At the 2015 Pan Am Games in Toronto, on Liz’s last throw – and last chance to win – she drew on years of training, nerves of steel, and the high voltage home crowd to deliver a clutch throw of 62.83 metres, capturing the gold medal.

It was that moving performance that caught the attention of Canadians and the interest of Javelin Technologies managing director John Carlan.

“At first, it was just the ‘javelin’ connection that made me curious,” John says. “When we dug a little deeper, we found that our values really matched up – be the best that you can be, rely on training and technique, dare to be different. Once we talked to Liz, and found her to be a genuinely terrific person, the deal was done. We had to throw our support behind her.” The “Aim High” theme and hashtag (#aimhigh) will be the linchpin of sponsorship activities. John says that connecting Javelin Technologies to Liz, including her impressive accomplishments and devotion to her training regimen, will be inspiring to employees and customers. For her part, Liz has a chance to use Javelin’s network to increase awareness of her personal journey and her sport, and gains unique access to 3D design and 3D printing experts. Javelin’s application engineers will work with product partners Dassault Systemes SolidWorks Corporation and Stratasys Ltd., to create custom equipment to make her training and travel easier.

“We’re buzzing about all the ways we can connect Liz with our own people and with our customers,” John reports. “Just about everyone has an emotional connection to the Olympics, whether it’s patriotism, or being inspired by people who perform under pressure, or that never-quit attitude. We can give people in our network behind-the-scenes access to that whole Olympic experience.”

In 2012, a sports marketing agency in the U.S. reported that fewer than five percent of athletes who compete at the Olympics have a direct sponsor.

“Maybe we can even motivate some of our customers to consider doing this,” John says. “I hope, like us, they’ll find good reasons to get behind one of Canada’s best.”

Liz is currently ranked fifth in the world in her sport. In May 2015, she broke her own Canadian record (throwing 64.83 metres, a personal best) while winning the Golden Grand Prix meet in Kawasaki, Japan.  She finished second at the Zurich Diamond League final, beating two of the medal winners from the 2015 World Championship. Liz’s Olympic experience includes the 2012 London Olympics, where she qualified for the final with the 11th best throw overall and finished 12th in the finals. She was the second youngest finalist that year, in a sport where top spots usually go to athletes with more experience.

The Javelin team first caught the spirit of international athletics with customer HUDSON Boat Works. HUDSON is a Canadian manufacturer of Olympic class rowing shells. They use SOLIDWORKS 3D design tools to  develop racing hull shapes, carbon composite construction, and creative, original components to advance the sport. Since 1984, HUDSON boats have won more than 80 medals at the Olympics and World Rowing Championships; this summer, Pan Am athletes, most of them Canadian, won 11 medals in HUDSON boats.

You know, millimetres matter – in 3D design, in rowing, and in javelin

“Now we get to travel the road to Rio with HUDSON and with Liz,” John says. “It all fits together really nicely. You know, millimetres matter – in 3D design, in rowing, and in javelin. With Liz, it’s just like the way we help our customers – they do all the hard work; we are in the background supporting them when they need help with our products. She is driven to be the best on the planet – we just hope that we can help her a little bit along the way.” 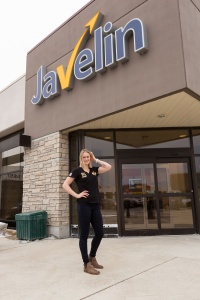 Liz Gleadle at the Javelin Office 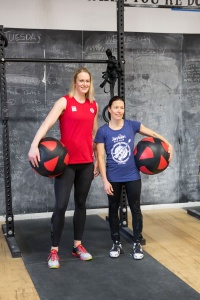 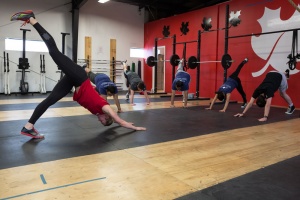 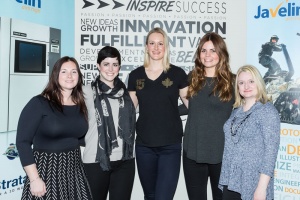 Liz with the Javelin Marketing Team 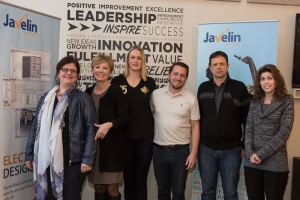 Posts related to 'Why Javelin Technologies is sponsoring a Canadian athlete (and why you can, too)'