It was a scene from one of those home renovation TV shows, when the contractors talk into the camera with feigned confidence, aware of the daunting deadline, hoping they’ll be done on time. It’s the wee hours of the morning on the day of the official opening of Javelin’s new 3D printing Vancouver office, downtown on Smithe Street.

Ted and Joe are hanging a projector, precariously perched on ladders of questionable age and stability; Erin is head down, vacuuming like a pro; and Vicky and Dubi are hanging art on the walls, sharing a tape measure a bit like an old married couple.

I wipe down desks and chairs for a while, but after arriving that day from Toronto, it feels three hours later than it is. A few of us who travelled that day retire with a promise to get up early.

Later that morning when I return, the transformation (all without the magic of television!) is downright impressive. It’s clean, tidy…and done! Bright and colourful, modern and funky, the space is the perfect home to Javelin’s Vancouver 3D design and printing centre, sure to inspire all those who visit.

Explore the office in the interactive tour below:

The open house on June 21, 2016 began with some welcome coffee and a meet and greet with some of Javelin’s coolest west coast customers, including All-Sea Enterprises, Carrotwerx Creative, CETATEK, and UPS Store on Commercial Drive. By the time our sponsored athlete Liz Gleadle arrived, the room was buzzing. As always, Liz’s arrival created a stir, and each customer lined up for a souvenir photo with the Vancouver-born Olympian.

John Carlan welcomed everyone and thanked the team for their hard work getting the office ready. Ted showed off two 3D-printed pieces co-designed by Liz and the Javelin team: a holder for her javelins and a physio aid for her to use to work on sore back and shoulder muscles. Liz talked about her competition schedule and her plans for arriving in Rio on July 31. She said that the Canadian track team will be housed together a few hours out of the city so they can focus on acclimatizing and training without the distractions of the athlete village. We’ll be cheering her on beginning with the qualifying round on August 16, 2016.

The show and tell at the office continued when a journalist from Metro Vancouver came by for a tour. His timing was perfect – Joe was just finishing a 3D-printed sign for Timm Williams of Carrotwerx and was able to take it off the printer and show it off.

All the Javelin staff who attended gathered with Liz to cut the ribbon (with 3D-printed scissors of course!) and with that we kicked off a new and promising era for Javelin in B.C. 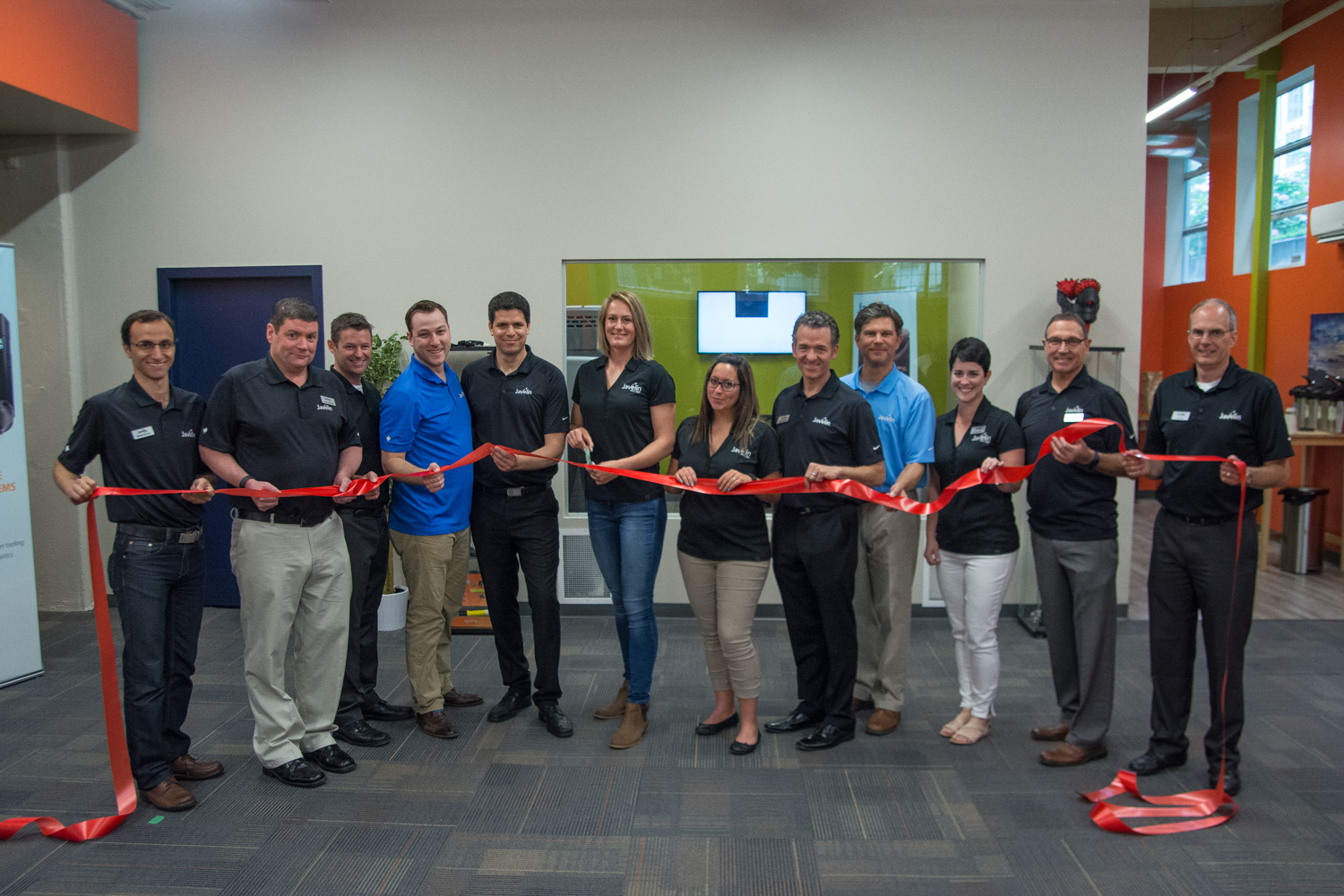 On the second full day of my visit, I took a ride out to Burnaby to visit Unlimited Design, popular provider to prop masters across the television and movie production scene in Vancouver. Their shop is small but mighty, with wall to wall equipment and materials, and a handful of talented designers working almost non-stop to keep up with demand. Stay tuned for my story about these guys – they are doing some of the most outstanding finishing out there when it comes to post-production work on 3D-printed pieces. 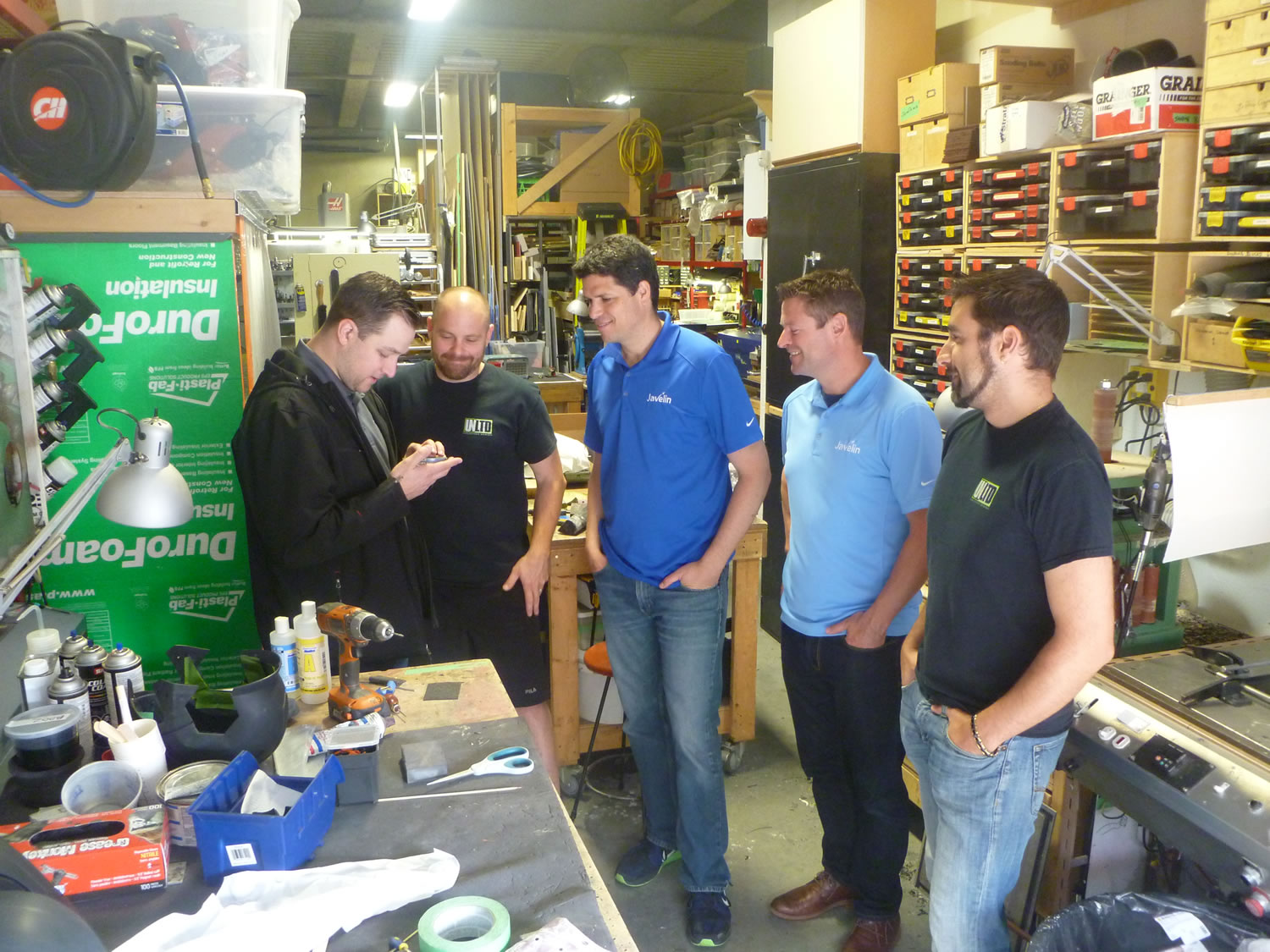 Let’s do this: Javelin throws javelin

And then it was time – time to learn to throw javelin. The plan was to meet Liz out at UBC for a lesson and friendly competition. Now listen, I’ve always respected Liz – her natural athleticism, attention to technique, and dedication to training. After trying out her sport, my respect for her has easily doubled. It  ain’t easy! So much to think about with hand and body positioning and certainly not like anything you’ve tried before!

To give you some perspective, Liz consistently throws more than 60 metres. Our best representatives of Javelin, one of them a former professional athlete, threw between 30 and 40 metres. And because I know you want to know – I threw 10 and considered that a win. 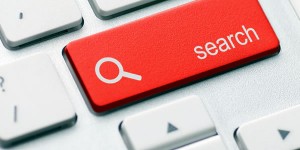 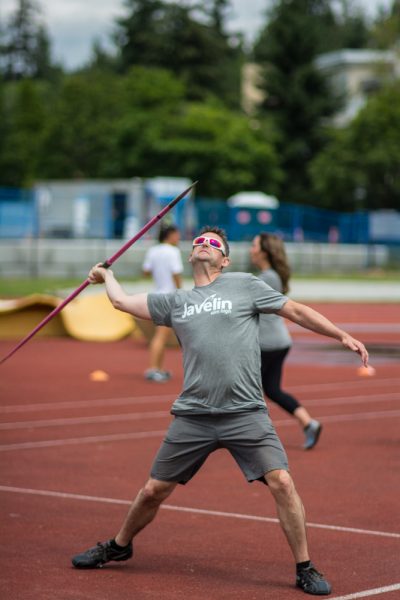 What a privilege it was for all of us to be at the track to see Liz in action and learn from the best. It really was a ton of fun. (I will not be quitting my day job, despite my spirit trophy for enthusiasm.) Congratulations to other award winners: Mario in the senior division, Joe in the elite division, Ted for positive attitude, and of course Liz, taking the “rock star” trophy for true Olympian-level efforts.

It’s always a pleasure to hang out with Liz and get a peek at what her life is like. Whether she’s speaking to a crowd, sharing stories over lunch, or mightily hurling a spear, she continues to wow and inspire us.

Well done, Javelin crew of Dubi, Mehdi, Geoff, Surekha, Mario, Joe, Vicki, John B, John C, Ted, and Erin. You should be very proud of your new space and your new skills in “javelin” of a different kind.