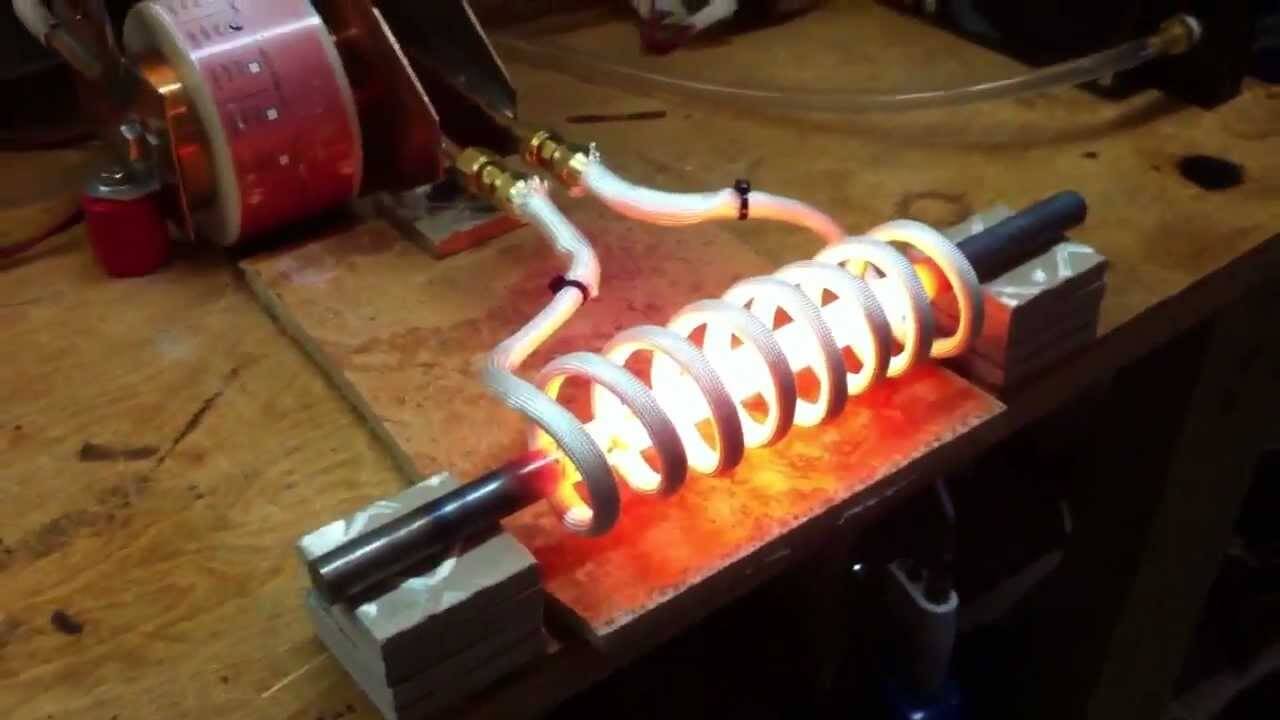 What is induction cooking?

In the case of induction cooker, a cooking vessel usually made of a ferromagnetic material is heated by induction. Contrast this to the same vessel heated by flame or an electric coil. Induction heating brings about a rapid increase in temperature of the vessel. As shown in figure 2, a coil of copper is placed under the vessel. There is also a layer of ceramic between the coil and the vessel. This is commonly referred to as top plate. 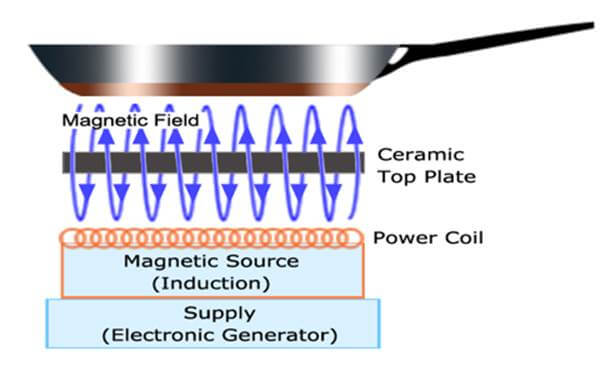 When high frequency AC current is passed through the copper coil, large eddy currents are induced in the vessel. The surface resistance of the vessel heats it rapidly which enables cooking. Now there are choices of the material used for the cooking vessel but it is highly recommended that the vessel be made of a ferromagnetic material like cast iron or some specific grades of stainless steels. It is not recommended to use Aluminum or Copper vessels (you can use Aluminum or Copper with modification to the cooking appliance by including a ferromagnetic disk which functions as a hot plate). The use of ferromagnetic material has 2 advantages:

Why induction based cooking is attractive?

Figure 3: Heat is produced only in the vessel and not in the top plate

Figure 4 shows a CAD model of a coil and iron core arrangement which can be used for induction cooking. An induction heating analysis was performed using EMS for SOLIDWORKS with AC excitation at 24 KHz. The inductance of the coil was computed and the magnetic flux density was visualized.

The inductance value calculated by the software was 94.44 micro Henry and compared very well with the laboratory measurement result (93.8 micro Henry). Figure 5 shows the plot of magnetic flux density in the coil and the iron cores. 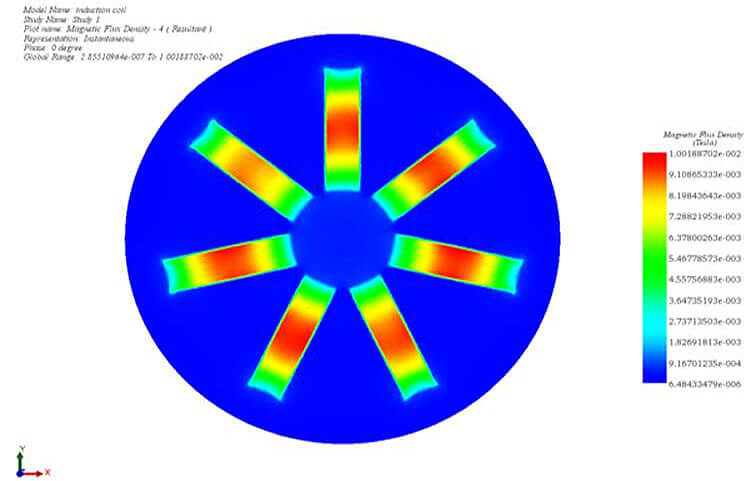 Figure 5: Plot of magnetic flux density in the coil and the iron cores

It is engineers who gave chefs a perfect solution to an energy efficient cooking appliance. EMS for SOLIDWORKS can help engineers design and simulate various types of induction coil arrangements for cooking application. As it is completely embedded inside SOLIDWORKS, EMS can directly simulate SOLIDWORKS designs thereby avoiding loss of CAD data due to translation. For a full range of applications that EMS can handle, visit www.emworks.com. This blog post was inspired by the excellent work done by a budding fellow engineer, Majdi El Fahem as part of his senior design project.

How to perform an electromagnetic simulation in SOLIDWORKS [VIDEO]

Designing a Metal Detector with SOLIDWORKS and EMS Simulation software

Arvind Krishnan is the Director of Product Management at EMWorks. He has been a user of SOLIDWORKS and CAE tools for the past 15 years and has an interest in technologies based on Magnetism.