When applying External Loads to a beam element, you can apply it to the entire beam which distributes the load.  You can also apply it to a joint at the end of a beam element.  But what if you need to apply a point load somewhere along the beam?  There are two approaches.

SOLIDWORKS Beam Analysis with Point Load at the center

The easiest method if you’ve already created your model is to add a Reference Point in the location of interest.  If you want it centered on the beam, you can use ‘Center of Face’ and select the top face of the beam.

Other locations can be setup by creating a sketch on the face, add a sketch point, then use ‘Projection’ for the Reference Point to project the sketch point onto the face. 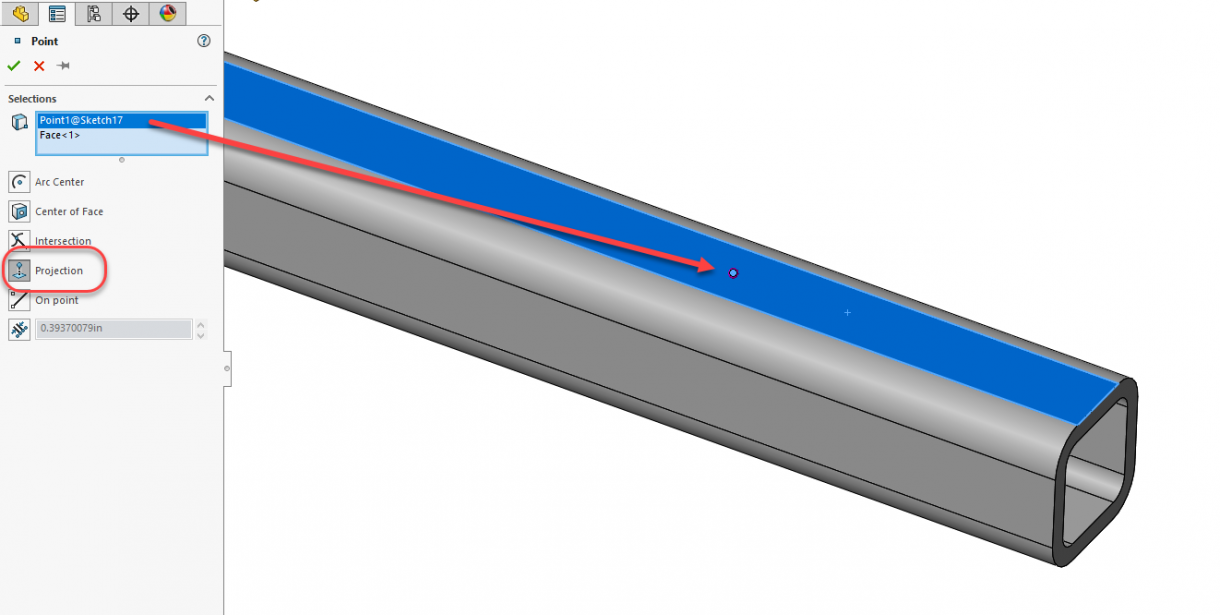 Then in the Simulation study you can add an External Load to the reference point.  In this case the deformation is 0.149mm.

Another approach is to use loads on joints.  When a beam is created, the sketch can be split into two lines.  Then the Weldment has two distinct bodies.  Not the best option if you require proper cutlists, but we’ll see another advantage below.

The Joint Group will merge the two touching bodies together.

Then you can add a load to the joint and the results will be the same.

Add load to the Joint

Analysis result is the same

Another advantage of splitting a weldment/beam into multiple bodies to when you need to add a distributed load over a portion of the beam.  The same behaviour applies with the bonded joints where the bodies touch.

Add a distributed load over a portion of the beam