Creating a BOM with Part & Assembly Actors in SOLIDWORKS Composer

When working in SOLIDWORKS Composer, there might be a situation were the information that is being expressed in the Bill of Materials (BOM) come from both the part & assembly level. In the article ‘How to create an Assembly Level BOM‘, we learned how to get BOM items at the assembly level. Lets take that one step further by creating a specialized BOM in SOLIDWORKS Composer that uses both parts & assembly actors, and see the nuances in making it work.

In the example below, we see a SOLIDWORKS Composer file is made of different actors. We have the top-level assembly made up of sub-assemblies & parts as well as assembly groups & dummy actors. A view focusing on the grilling features of this barbecue set has been created. We want to create a simplified BOM that shows the main component groups (sub-assemblies) & a few add-on components (parts) that will be snapped on during the construction.

Creating a specialized BOM in Composer

The first step would be to set up the BOM Workshop parameters (Workshops TAB > Publishing SECTION > BOM). We will change the Apply to option to Selection as seen in the image below. The other settings can be changed depending on the desired output. 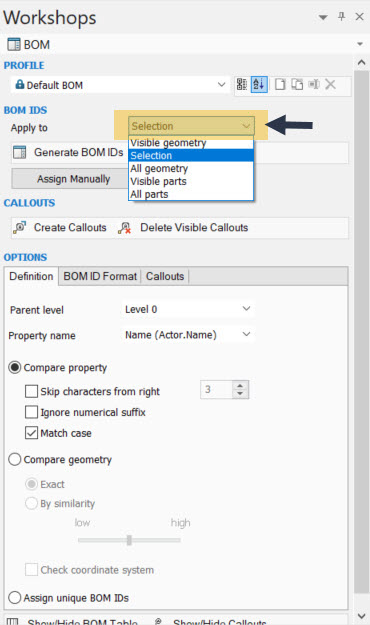 The next step would be to select actors at the assembly level to add to the BOM. This can be done by turning on the Assembly Selection Mode by clicking the icon seen in the figure below. From there, select all the sub-assemblies & assembly-groups that need to be added to the BOM and select Generate BOM IDs in the BOM Workshop.

Repeat the process with the Assembly Selection Mode turned off and select the desired part actors to add. If callouts are needed, select all the actors in the BOM list, then select Create Callouts in the BOM Workshop. By default, assembly actor callouts have a black background and part callouts white as seen below. This can be changed in the Properties section. 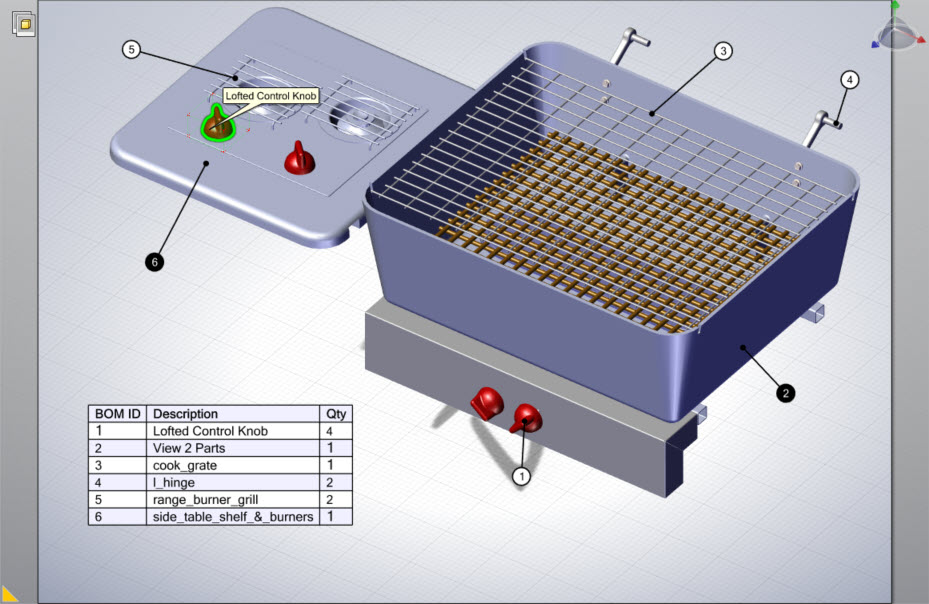 This method for creating a BOM can be very useful when working with multilevel assemblies, especially if there are custom properties that are used at the assembly level that need to be represented on the BOM. Please check out these other articles regarding bill of materials in composer:

Learn more about SOLIDWORKS Composer with training from Javelin