How to use Thermal Radiation in SOLIDWORKS Simulation

Thermal radiation is the emission of thermal energy from bodies due to their temperature. This energy is transferred as electromagnetic waves and is emitted by all bodies that have a temperature above absolute zero. Radiation is very significant at high temperatures as the amount of radiated power is proportional to the fourth power of the absolute temperature of bodies.

In SOLIDWORKS Simulation, radiation is defined by an emissivity of the surface and the ambient temperature of the surrounding environment.

In the below example, the bulb of the light assembly is made of glass and due to its temperature it radiates power to the surrounding bodies. A new simulation study is created and “thermal” simulation is selected from the type of analysis. 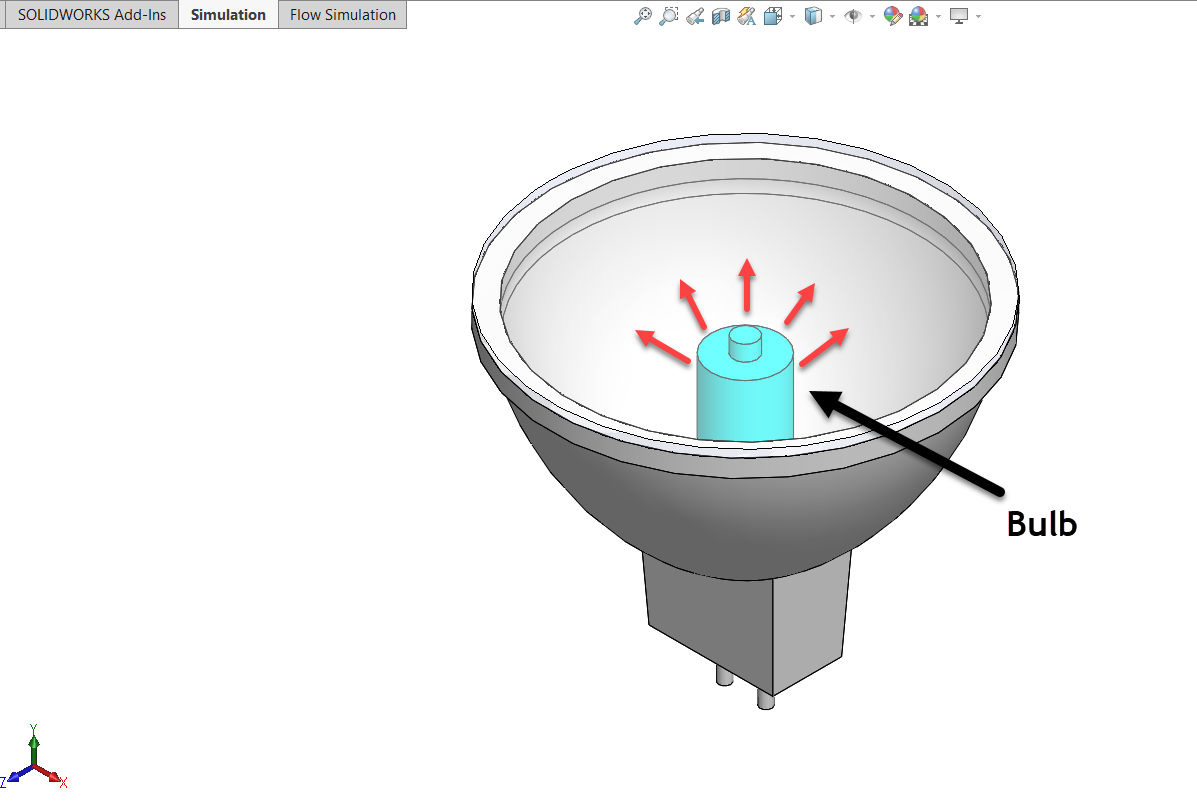 Bulb Radiating Due to Its Temperature

The radiation condition can be accessed from the “Thermal loads” menu. 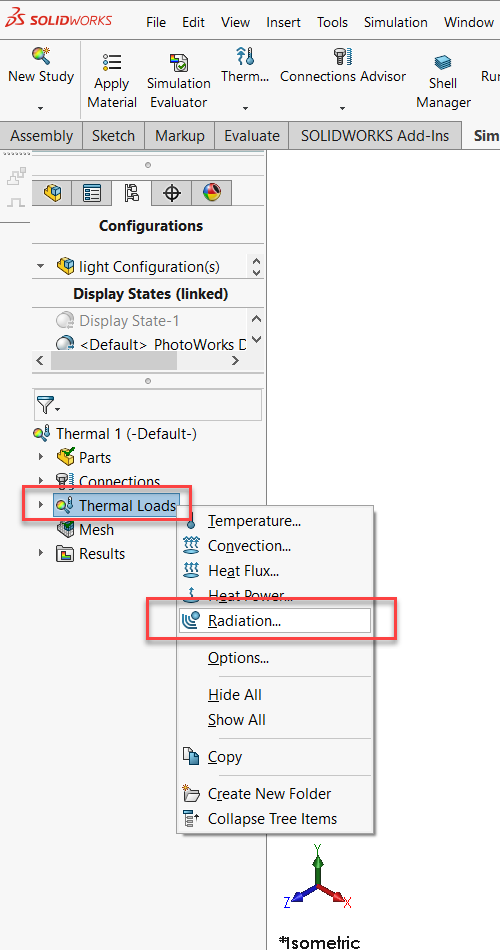 The “open system” option, accounts for the fact that some heat can be radiated directly to space rather than other surfaces in the model. This option needs to be unchecked for fully closed systems where all the radiated energy is transferred to the surfaces of the model.

In the next boxes the temperature of the radiating body and its emissivity needs to be entered. 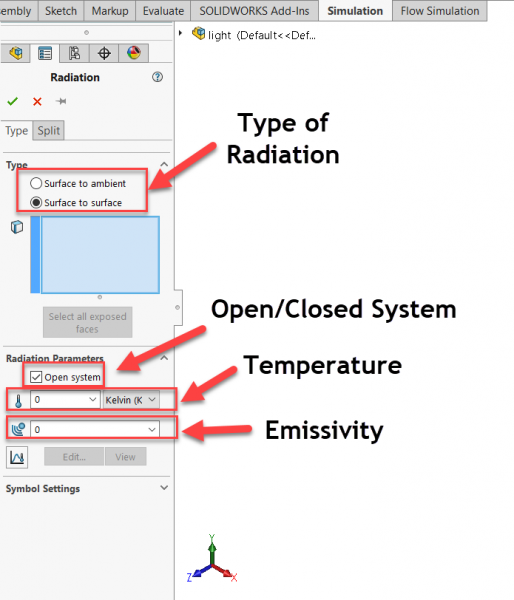 Posts related to 'How to use Thermal Radiation in SOLIDWORKS Simulation'

When to use 2D Simplification for SOLIDWORKS Thermal Simulation Studies

What are SOLIDWORKS Simulation Transient Sensors?