When you first put an STL file next to an SLDPRT file in GrabCAD Print, you might have noticed it can be difficult to tell them apart. However, looks can be deceiving, and the native SOLIDWORKS SLDPRT file format packs a surprising amount of functionality into a 3D model. In this blog post, we are going to dive into the three primary reasons you should be using SLDPRT files instead of STL for 3D printing.

Watch the video below to learn more:

An STL file is composed of a series of points that are used to create triangular faces. These faces mesh together to make a 3D model which historically has been very difficult to modify. When you import an STL file into SOLIDWORKS, you can see the triangular mesh lacks any real addressable surfaces or curves. Unlike a SOLIDWORKS SLDPRT file, it’s not possible to select a surface or curve on this model in GrabCAD Print. This makes adjusting infill and wall thickness a less granular setting. When importing an SLDPRT file into GrabCAD Print, each individual face and curve can be individually addressed to selectively add infill and wall thickness for complex parts. 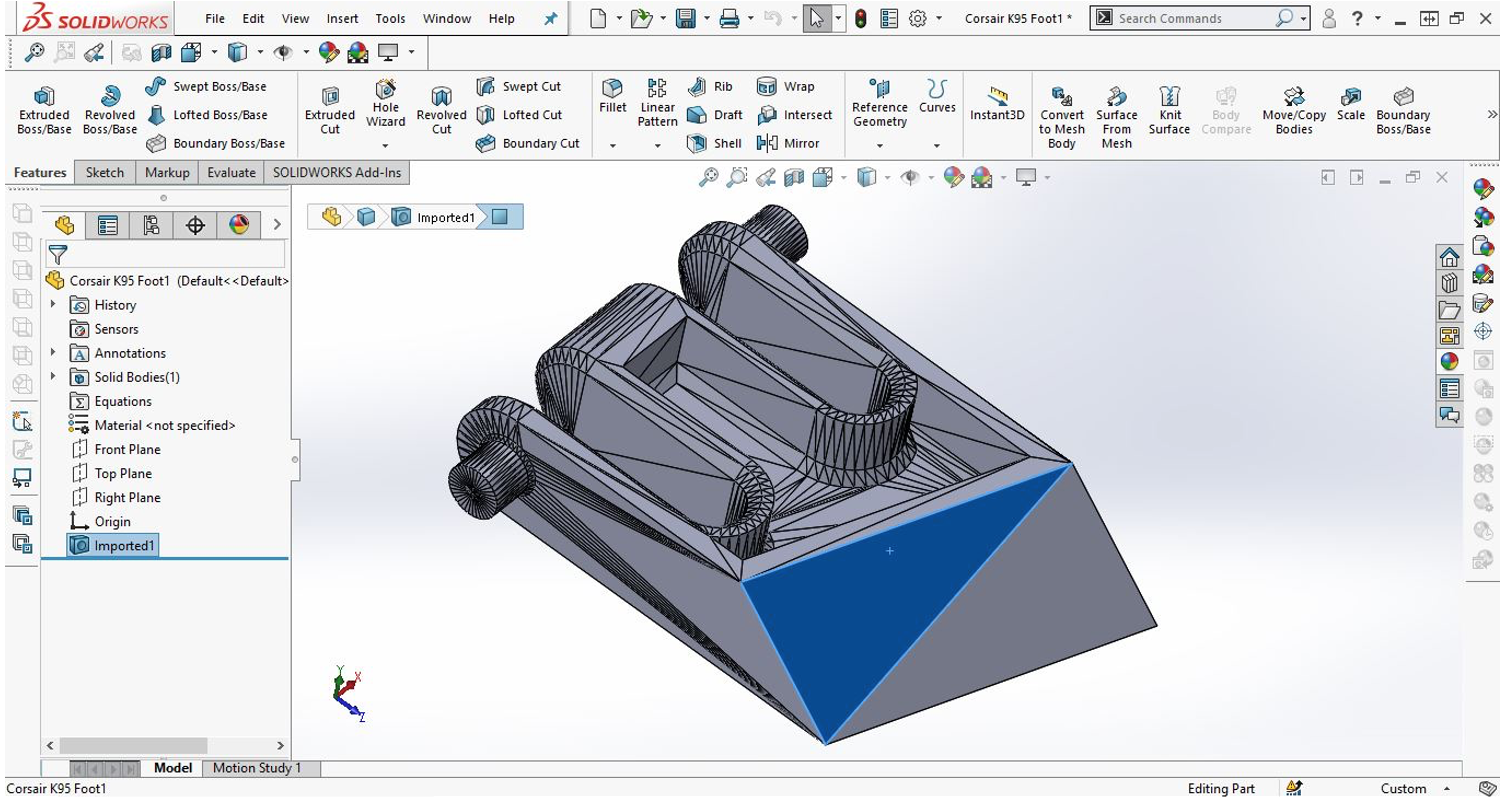 Colour can be a critical part of the design communication process. The ability to add colour in SOLIDWORKS to a solid model makes this process simple without requiring any third-party modeling programs. Simply applying a colour to a face in SOLIDWORKS and saving the file are the only steps required to export a model with colour. When imported into GrabCAD Print, the SLDPRT file will automatically have the colour mapped to each face and can be printed in full colour using Stratasys Polyjet 3D Printing technology. 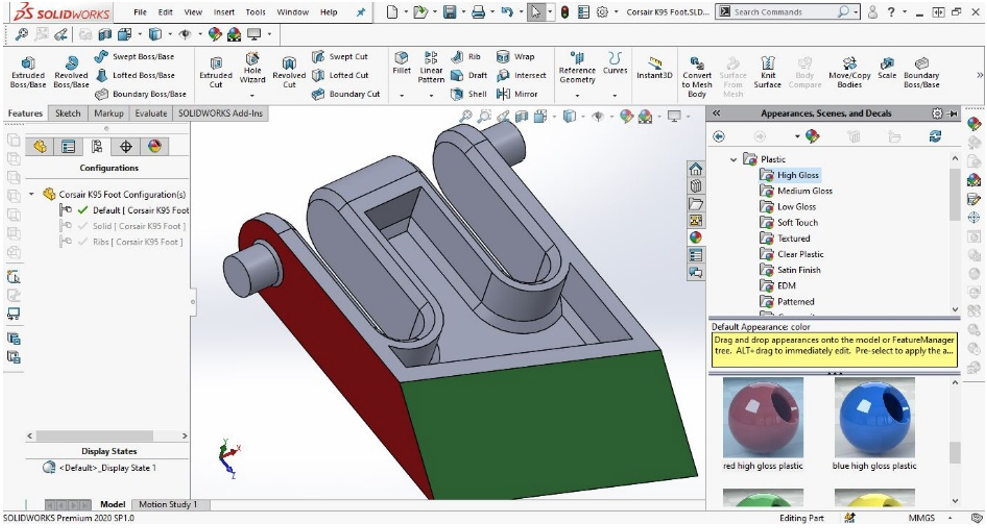 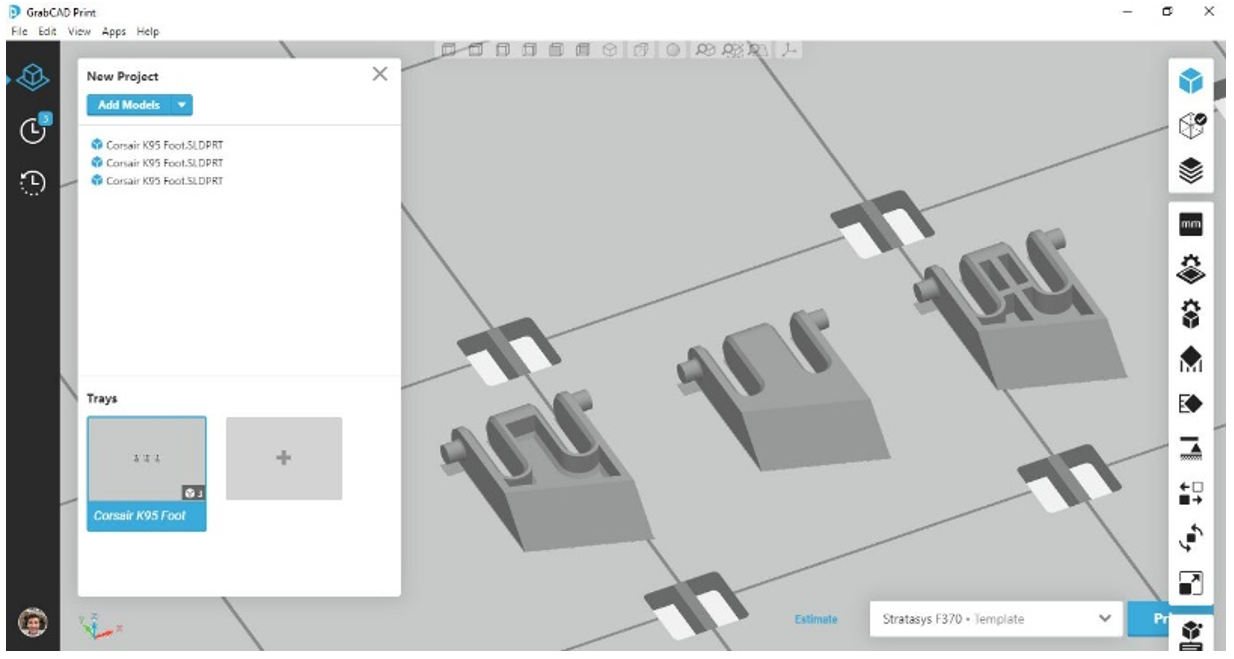 By using the SOLIDWORKS SLDPRT file format, simply saving the file will automatically update the current model, so you can create multiple configurations for testing without having to save multiple models. Simply activating the configuration and dragging it into GrabCAD Print will load the latest model allowing you to do A/B testing without requiring exporting multiple files.

GrabCAD Print is a cloud-based solution that brings connectivity and accessibility to 3D printing.  GrabCAD Print software is available for most of the Stratasys 3D Printer range.