Stereolithography as a Service

Here at Javelin, we often talk about Stratasys FDM and PolyJet 3D printing technologies; however, there is a much longer list of 3D printing and prototyping capabilities in our offering – including fused nylon powders, urethane casting, metal powder-bed fusion and UV cured VAT processes. In this article we will focus on Stereolithography 3D printing technology.

Wherever the laser traced and exposed the liquid to the UV beam, the liquid solidifies. This layer of solidified resin is submerged into the tank a fraction of a millimeter and then then the process repeats, drawing with the laser and submerging layers hundreds or even thousands of times until the part is complete.

Stereolithography as a Service

Those who are familiar with TriMech’s product offering will know that we partner with Stratasys to solve customer concerns by leveraging their extensive line of polymer 3D printing technologies. As mentioned earlier, this includes FDM and PolyJet, but also includes Selective Area Fusion (SAF), P3 (Programmable Photopolymerization) and Stereolithography (we’ll call its SL from here out).

For this article, I want to focus more on SL parts. We commonly have customers requiring infrequent or highly specialized parts that do not justify the acquisition of an in-house printer and we often find it advantageous for customers to explore getting parts printed through our 3D Printing Service Bureau in these cases, rather than purchasing a machine if the return on investment (ROI) isn’t there.

The reason for Stereolithography’s nearly 40-year success, and its continued role in the additive market, is that it has a unique value proposition amongst other technologies; most notably, fine surface finish, small feature detail, large part size, and generally lower cost per part.

One of the main reasons for selecting SL is the smooth surface finish, the nature of how the parts are “drawn” using a laser across the surface of a liquid resin creates very accurate and repeatable side walls on parts. This surface finish is comparable to PolyJet’s “Glossy” surfaces, but with SL, glossy smooth surfaces are still obtainable on undercuts and supported surfaces. This is a benefit with large or complex clear parts, where there is a large reduction in the need for sanding and polishing to maintain clarity or in preparation for paint. 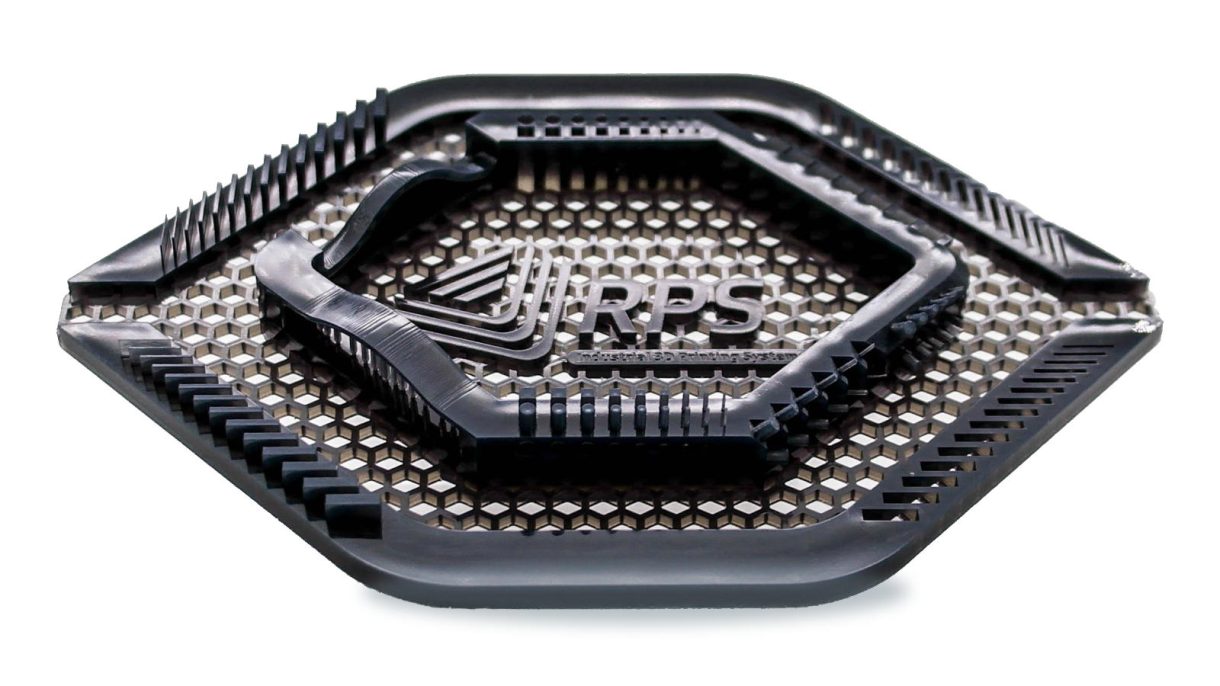 Fine feature details are another benefit of SL. This rides on the coattail of the surface finish as the accuracy of the laser and the narrow beam size available on some machines (not here to do name dropping, but the Stratasys Neo line has variable width beams to help increase detail in small areas). This allows for extremely small features and the ability to produce complex lattice structures because of how precise the narrowly focused beam can be controlled when drawing the slice of the part on the surface of the liquid resin vat.

Another large reason to look at SL is…well…large. Many commercially available SL machines are able to produce parts over 3’ in length. These sizes of these machines can pose difficulties for some companies to implement if they only need massive parts infrequently, but this is a great time to look into acquiring SL parts as a service rather than purchasing an SL machine. Large parts are also great applications for SL because the resin cost is generally lower than that of other printing processes, particularly on large industrial machines like those used by 3D printing service bureaus (some containing nearly 200 gallons of resin). This allows for producing large parts like automotive grills, dashboards, home appliance panels, and even drip pans that can be less cost-effective using other 3D printing processes. 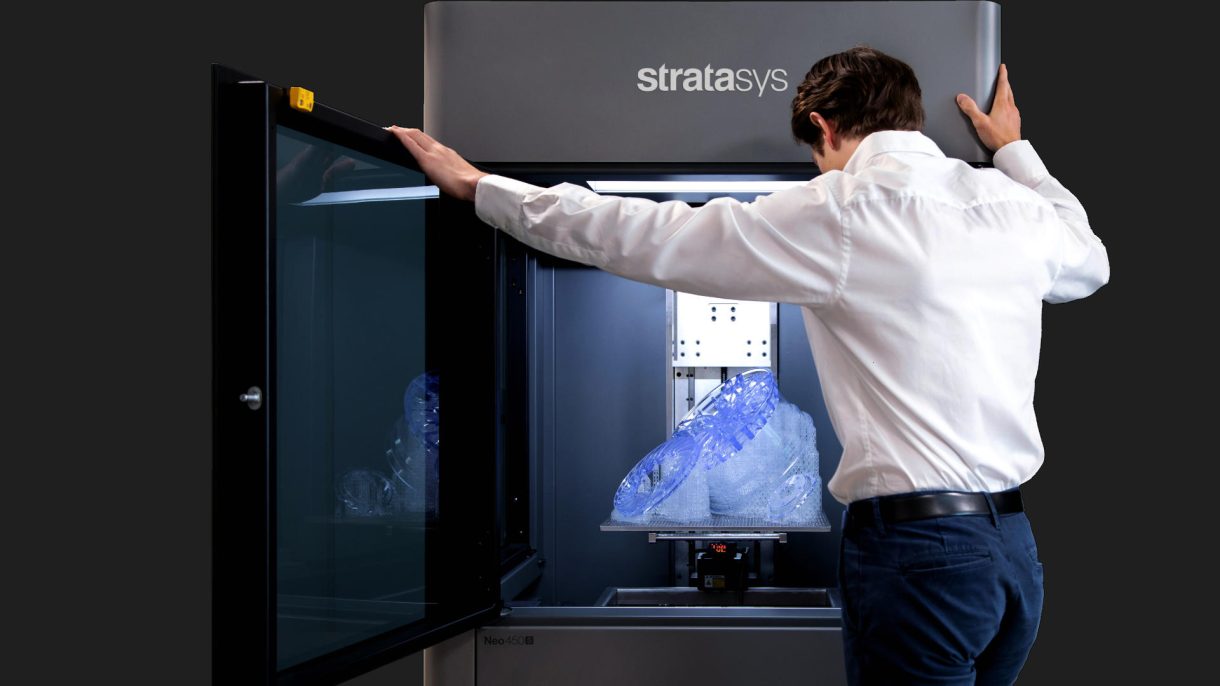 Not all applications are good fits for SL (which is why there have been countless new technologies created since the advent of SL in the early ’80s). One of the largest drawbacks of SL is that the materials used are not true thermoplastics like those used in traditional molding and forming applications. SL uses UV curable thermoset resins, and as a result, the materials may not directly perform the same as their mass-produced counterparts. This means most resins exist in a realm of performance similar to ABS and Polypropylene molded parts. There are some outlying extreme performance ceramic-based composite resins for high tensile and high heat applications– but these are highly specialized and generally not easy to source. In these cases, working with thermoplastics using FDM and SAF technologies may yield stronger, more predictable part performance. 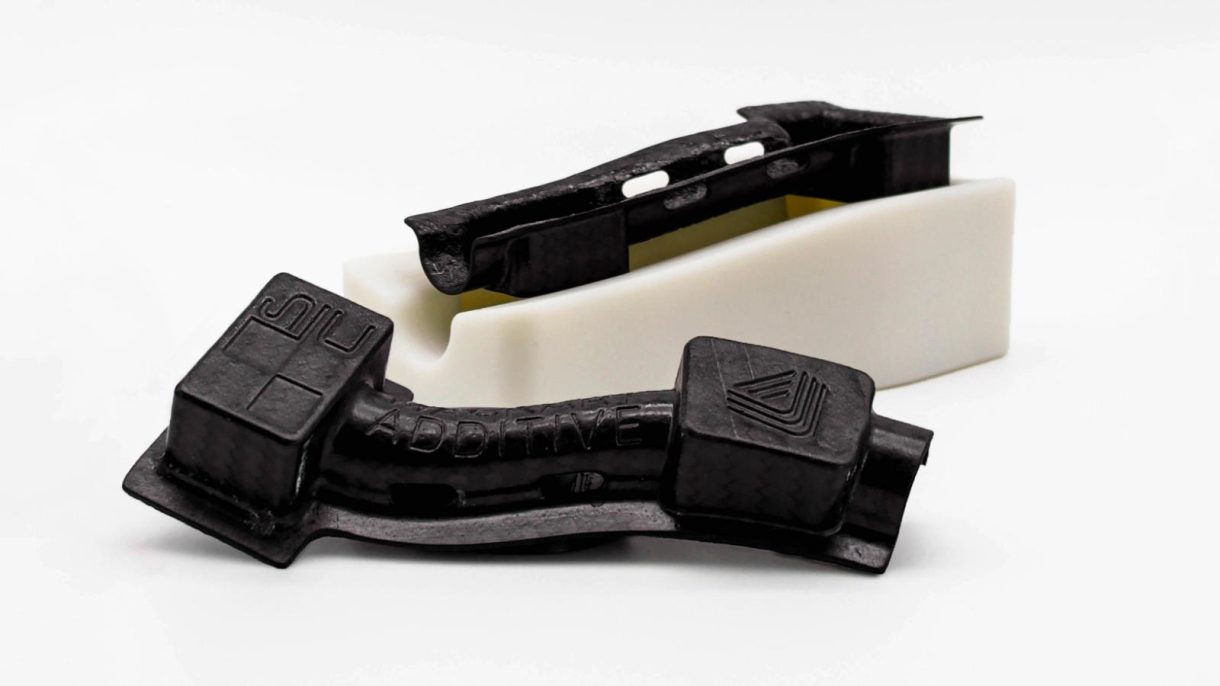 In conclusion, Stereolithography has been around for nearly 40 years and it still has many more years of being applicable. The next time you have a project requiring the sourcing of 3D parts, especially large parts requiring smooth surfaces and fine details – take a look at stereolithography as a possible solution.

For more information on how to make stereolithography work for you, please learn more about Javelin’s Advanced Manufacturing Services, and the new Stratasys Neo Stereolithography 3D Printer.

Posts related to 'Stereolithography as a Service'

Learn more about 3D Printing Service with training from Javelin