In automotive racing, Team Penske is synonymous with winning. Their legacy has been forged by the leadership of founder Roger Penske and a team of individuals and partners dedicated to producing champions. Hundreds of race wins, pole positions and scores of national championships accentuate their commitment to excellence. But for Team Penske, achieving that kind of performance means constantly asking how things can be done better, and technology is a cornerstone of that cause.

At the Forefront of Technology

“Technology plays a big role in racing today.” Those are the words of Team Penske president, Tim Cindric. According to Cindric, technology isn’t invented at the racetrack but rather, it’s demonstrated there. One technology that Team Penske has fully embraced is additive manufacturing. Using Stratasys 3D printing solutions, Team Penske turns ideas into racetrack reality much more quickly than previously possible. Highlighting its impact in race strategy preparation, Cindric added, “It gives us more ideas of what’s possible.” That’s understandable, since for Team Penske, additive manufacturing solutions cover a lot of ground. 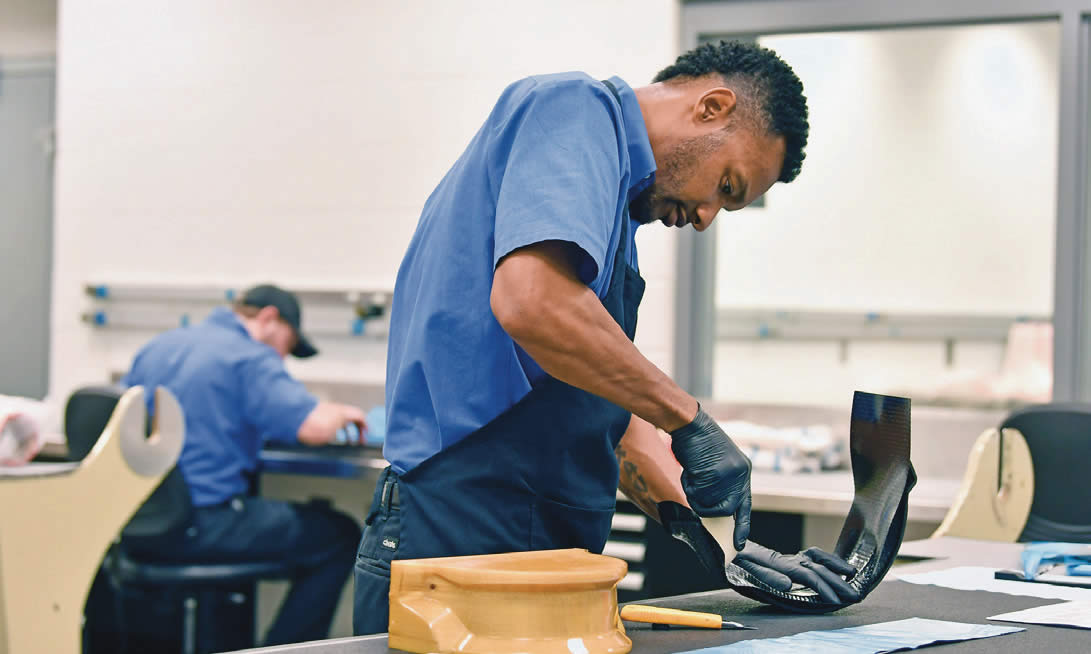 This carbon fiber part was made using the 3D printed lay-up tool.

“When we first started using 3D printing in the early 2000s, we were mainly using it to support our wind tunnel model program,” said Matt Gimbel, Team Penske production manager. “Since then, it’s evolved into many different things. It’s evolved into jigs and fixtures, washout tooling in our composites department and race car components.” Time pervades every aspect of Team Penske’s world, from IndyCar lap times to how long it takes an engineer’s idea to become reality. One of additive manufacturing’s most valuable qualities is the ability to quickly vet those ideas through a print-and-adjust design approach. “We’re trying to…update these cars as fast as possible,” said Andrew Miller, Team Penske composites engineer. “Being able to 3D print  components, we can quickly run through multiple iterations and it saves a lot of time.”

“This technology allows us to use the least amount of time to take an idea and put it on the racetrack in the most reliable and efficient way.”

Gimbel added, “If we can’t get things done as quickly as we need to, then we’re losing to another team that can get their improvements to the race track faster. 3D printing allows us to take those ideas and turn them into actual parts, parts that maybe couldn’t even be made by any other manufacturing methods, and get them to the race track.” 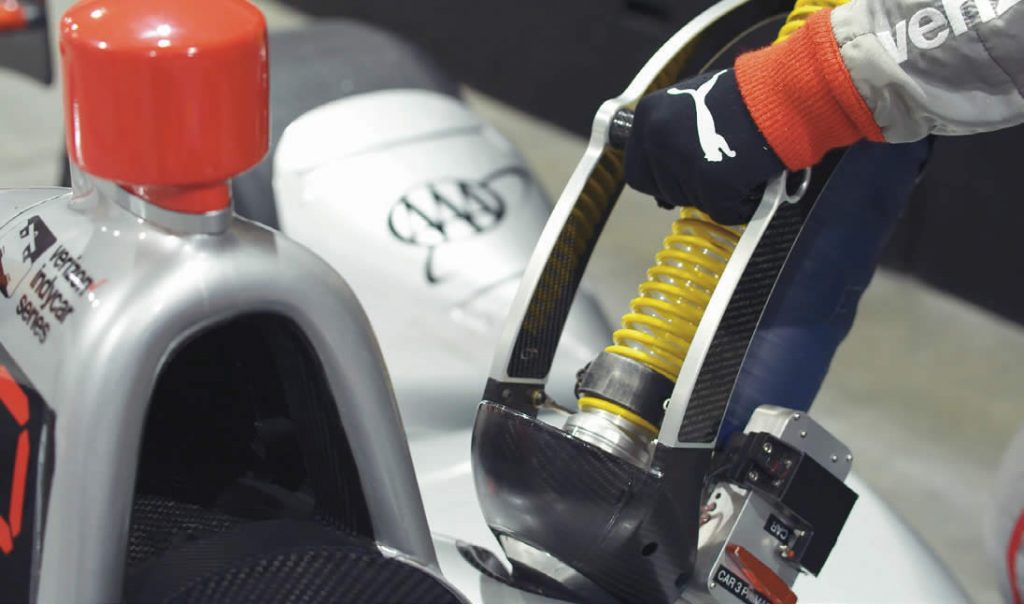 In addition to speed, both FDM® and PolyJet™ additive solutions provide the accuracy and reliability that’s needed. “When we’re producing components, we’re very confident in the design and the capability that these designs are providing, which enable us to get to the track a lot faster,” said Miller.

Pinpointing the greatest value of 3D printing for Team Penske is challenging, given its scope of use. But if you ask Gimbel, it’s the ability to use parts right off the printer for their race cars. Gimbel cites the development of a carbon monoxide filter that feeds fresh air to the driver as an example. “The new design was originally intended to be made in carbon fiber, but once we printed the parts and did our testing, we realized that…not only is this a great design, but the material that the part was made in was actually good enough to be raced in the race car.” 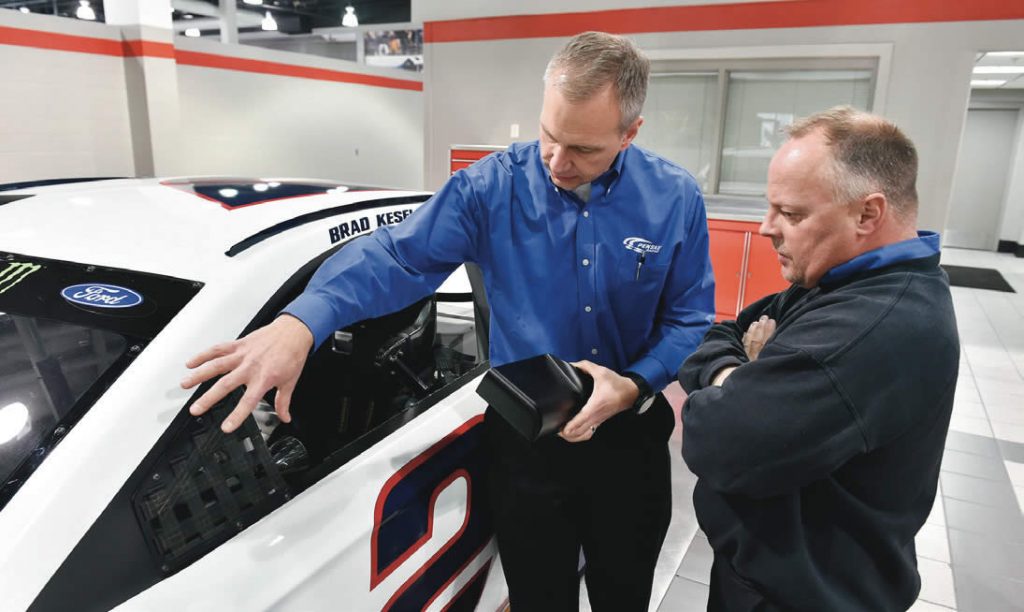 Although additive manufacturing isn’t a new technology for Team Penske, Gimbel thinks they’ve only scratched the surface. “The future for 3D printing in the racing industry has a long runway and it’s really wide open. I don’t think anyone really knows what the full potential of 3D printing is,” said Gimbel. Cindric summed the experience this way: “Typically, all of our competitors end up with the same solution at some point in time. But we need to be on to the next solution, and Stratasys helps us get to the next solution quicker.”

The Future of SOLIDWORKS 3D CAD is Online

How to Manage Your SOLIDWORKS Design Using Global Variables & Equations

Get Ready for SOLIDWORKS 2022 with an Update Guide

SOLIDWORKS BOGO – Buy one CAD license, get another 50% off