Founded in Toulouse, France, Latécoère produces specialized aerospace structures for leading aircraft companies such as Airbus, Boeing, Bombardier, Dassault, Embraer and others. The company continues to demonstrate significant growth in the production of structural aerospace parts and the manufacture of electrical wiring systems, an area that Latécoère considers itself the second global market leader.

In a bid to maintain its competitive edge, Latécoère opened a dedicated R&D and Innovation Center to support its global engineering and commercial divisions. This includes the continued exploration of new technologies that enhance traditional design, prototyping and production processes to support manufacturing performance and accelerate part delivery. 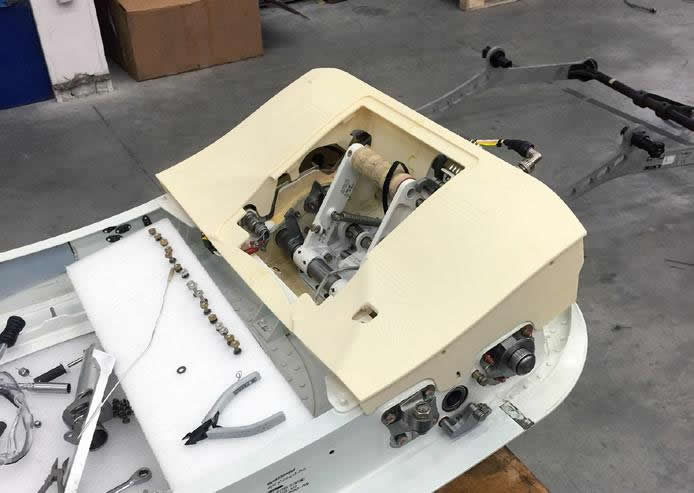 “Additive manufacturing has integrated seamlessly into our design process and the results have been transformational,” said Simon Rieu, Additive Manufacturing Manager at Latécoère’s R&D and Innovation Center. “We recently 3D printed a prototype to verify the fit and function of a part for the interior lining of an aircraft door.”

“With our Fortus 450mc, we produced a fully-functional prototype ready for testing in just two days, reducing our lead times by 95% compared to conventional methods.”

Latécoère recently 3D printed a prototype camera case for the Airbus A380 aircraft for design validation. Prior to additive manufacturing, the team would have been forced to manufacture an aluminum case, with any design iterations proving costly. Using ULTEM™ 9085 resin material, the 3D printed prototype is also 50% lighter than its metal counterpart, enabling more efficient functional testing. The company also 3D prints prototypes for use as sales tools in client meetings. According to Rieu, the ability to demonstrate the final product’s appearance to clients has been crucial in accelerating the decision-making process. “This accelerates design validation before committing to costly and time-consuming tooling,” said Rieu. 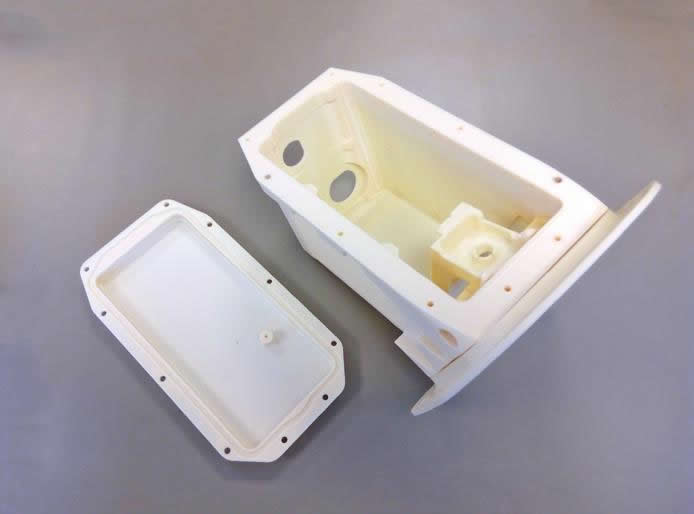 Camera case prototype for the Airbus A380, 3D printed with ULTEM 9085 resin material.

Additive manufacturing offers Latécoère the design flexibility to optimize jigs, fixtures and other manufacturing aids without increasing costs or production time. “When developing the camera case for the Airbus A380, we 3D printed a tool to facilitate the wiring and the case equipment,” said Rieu. “Not only has this accelerated our production process dramatically, but I also estimate that we’ve reduced our tool production costs by a massive 40%.” 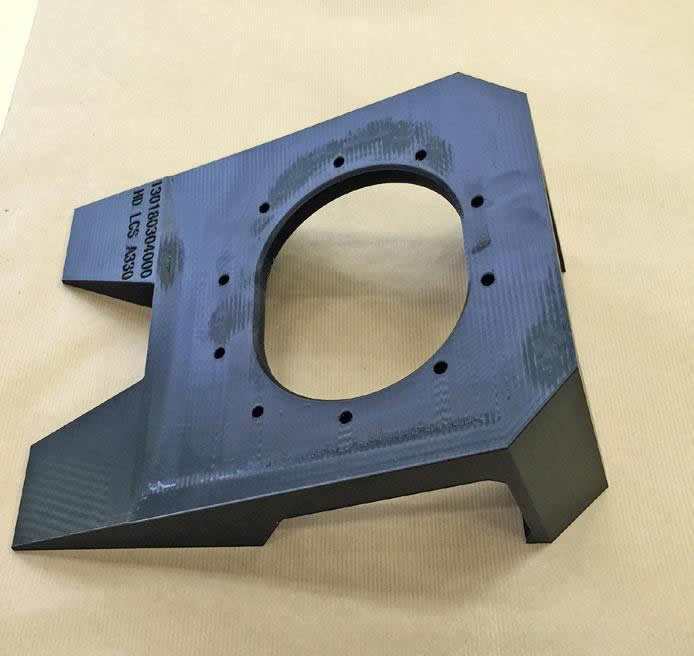 This 3D printed tool was used to install wiring in the Airbus
A380 camera case.

The company is now exploring the use of additive manufacturing to produce interior aircraft parts. “We are keen to further explore the production applications using ULTEM 9085 resin,” said Rieu. The material is extremely durable and lightweight and the FST (flame/smoke/toxicity) certification is crucial for interior aircraft applications. Rieu added, “Our long-term strategy is to manufacture 3D printed production parts for the next generation of aircraft for Airbus, Boeing and other leading aircraft manufacturers.” 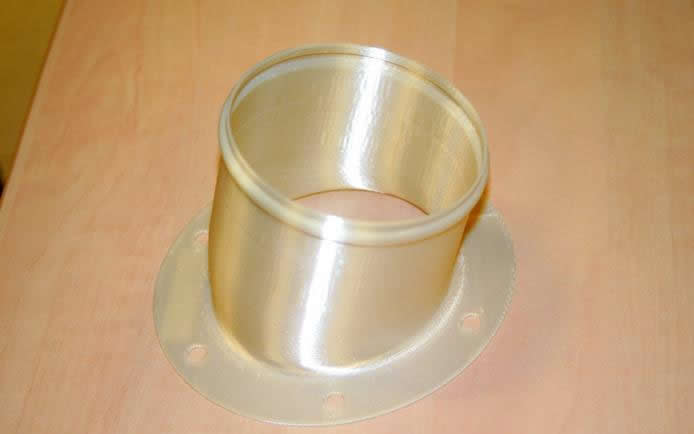 This air duct was made from ULTEM 9085 resin material for an IT and electrical housing.

Take designs from virtual to real in hours, not weeks. From functional prototypes with exacting tolerances, to manufacturing tools that perform under pressure, the Fortus 450mc 3D production system sets a high bar for speed, performance and accuracy.