This lobster 3D model was captured in high definition (HD) with an Artec 3D Scanner.

Many an accomplished user of Artec Eva has gasped in delighted astonishment when feasting eyes upon this 3D crustacean. After all, who would’ve imagined such cutting-edge results from a scanner that’s more than 7 years old? Even seasoned scanning wizards who’ve captured oceans of objects would reach for a Space Spider when facing this crusty little Caribbean fellow. But with Artec Studio 15’s new HD Mode, that’s all changed. Now every stretch of salty exoskeleton, legs, and antennae has been lovingly captured in high-resolution color 3D and reborn in the digital realm.

For ease of scanning, the lifeless arthropod was suspended by threads from an overhanging bar, with a painted backdrop alongside to ensure continuous tracking as well as simple registration during processing. Such a setup allowed Eva full access to every surface and geometry with nothing standing in the way and no need for object handling. In 10-15 minutes, including time spent repositioning the backdrop, Eva captured the entire lobster in 3215 frames, although fewer were certainly possible.

HD reconstruction at x9 resolution took 11.5 minutes. All the scans were registered separately with the background at high settings. Then in a few easy minutes came base removal, scan alignment, registration, outlier removal, and sharp fusion (0.3 watertight). For an idea about the dimensions of this object, the thinnest part of the tail is a mere 0.5 millimeters. 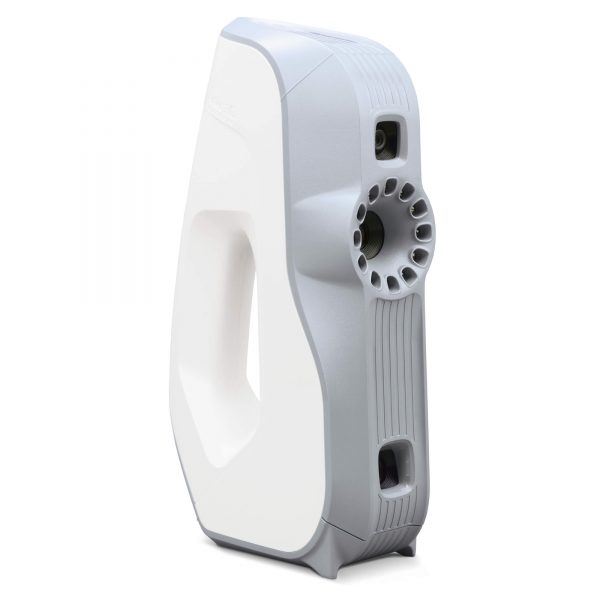