SOLIDWORKS PDM Professional 2017 has introduced a new Task that can save Microsoft Office documents as PDF. The Task is able to convert Word, Excel and PowerPoint files to PDF.

The system running the Task must have Microsoft Office 2010 or newer installed for the Task to work.  While SOLIDWORKS PDM 2017 is the first major release to include this functionality with its official launch, it is also available in SOLIDWORKS PDM 2016 SP4 and SP5. To get started with the SOLIDWORKS PDM Convert Office to PDF task you will need to follow these steps to import the SWPDFTaskAddIn, and the Task itself.

Step 1. Right-click on the vault name in the SOLIDWORKS PDM Administration program and select “Import…” from the shortcut menu: In that folder, select the Office_To_PDF_gb.cex file and click open. This will import the SWPDFTaskAddIn and the Office to PDF task.

Step 3.  On the system or systems that will serve as the Task Host for the DraftSight To PDF conversion task, right-click on the SOLIDWORKS PDM icon in the Windows Taskbar and select the “Task Host Configuration”.  Check the box to Permit the Task to run on that computer. Just like the SOLIDWORKS Convert Task in 2017, the Office to PDF Task also supports using Variables from Data Cards to build the output filename.

One additional configuration screen is the “Office Options” screen, which has 3 tabs, one for each document type as shown below 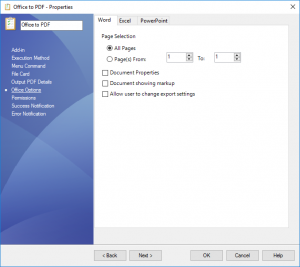 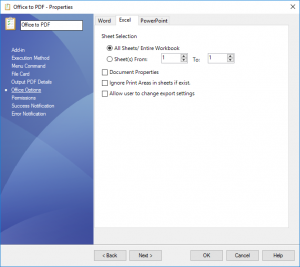 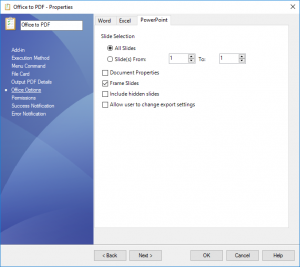 What is the cost of SOLIDWORKS Data Management?