Javelin’s Additive Solutions team is proud to be a Silver Sponsor of the University of Victoria Submarine Racing Club (UVSRC), providing them with funding to help develop their submarine. The UVSRC is run by students from both UVic and Camosun College. Although they have their eyes set on competing in both the International Submarine Races (ISR) and European International Submarine Races (eISR), the club’s focus is to introduce students to the Marine Systems Engineering field.

For the UVSRC, submarine racing isn’t just about competing, it’s a way to develop technical and manufacturing skills as well as networking between sponsors, employers, and students. The club is set to compete in the eISR in July of this year in Gosport, England. Competing teams come from universities all around the world. We can’t wait to see their craft come together and race this year! 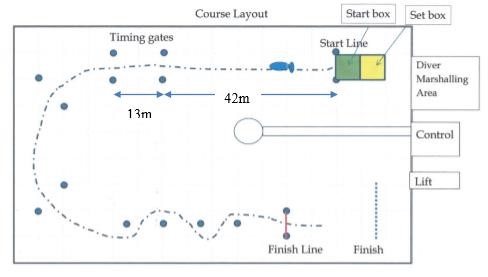 The race is an out-and-back course that consists of straights, corners and slaloms. At the start of the race, two timing gates (located 42m away from the line) record each team’s top speed. Immediately after follows a 180 degree turn at a 25m radius. The final stretch involves navigating around slalom poles spread 13m apart. The craft needs to deploy a braking system so that it doesn’t hit the safety net situated 30m past the finish line. The entire course stretches a total of 175m.

The hull of the submarine is an assembly of four distinct sections. Each slice of the hull is designed to be small enough that it can qualify as an over sized piece of luggage on flights. This means the team doesn’t need to use a shipping container for transportation, which adds unnecessary time to their testing process. The overall hull design is centered around the diver and not the controls. 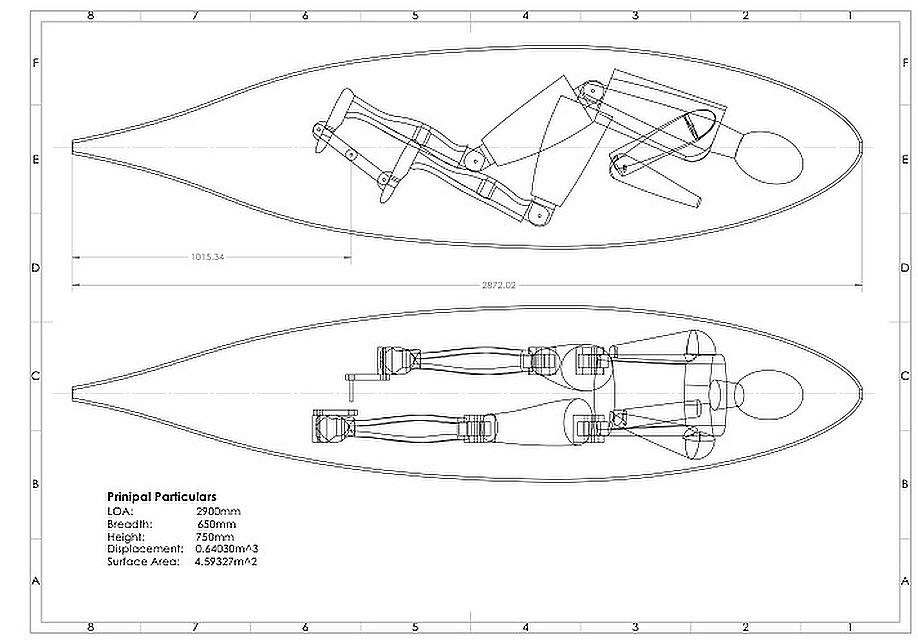 The main seam is horizontal rather than vertical, which means the entire top section can be the diver’s escape hatch. The team is also thinking about longevity, as they are using a modular attachment system for their internal components. By making a universal mounting system, components can be attached and removed easily in case it either needs to be replaced or modified. They can then keep the same hull for future use, which will reduce overall costs. 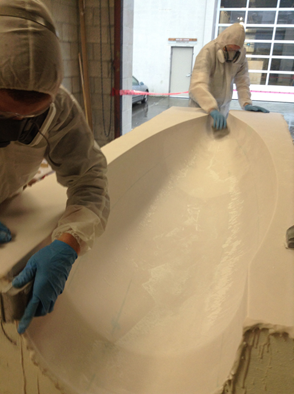 UVSRC team sanding the mould for the hull

The team decided to use Fibreglass for their hull, as it’s more cost effective than using carbon fibre. Because the submarine is free-flooded, weight saving isn’t really an issue, as the buoyancy of the craft will remain the same no matter how low its mass is. Fibreglass also provides enough strength to mount fastening points for the internal components. This means that the submarine doesn’t need an internal frame and can rely on the strength of the hull alone to keep everything together. 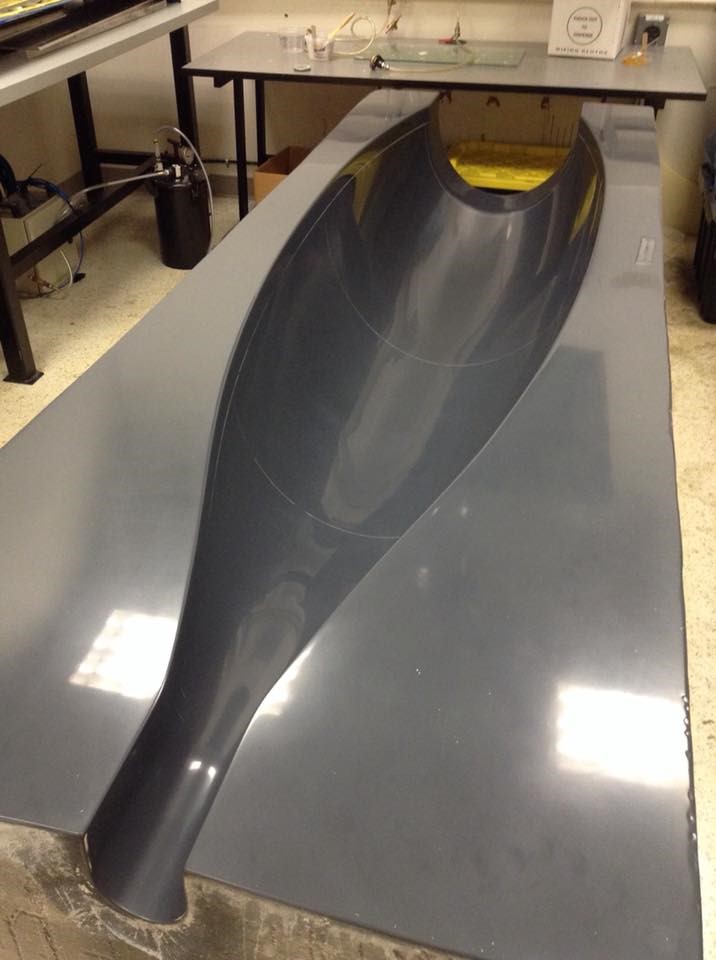 Sanded mould of the fibreglass hull

The team is approving and finalising their propulsion design, which includes a Kort Nozzle at the end of the craft and two sets of counter rotating propeller blades (which will be cast out of a 3D printed mould). Power input will be provided by the diver via bicycle pedals. The Kort Nozzle allows for the blades to be a lot more efficient, as water is channelled to the centre of the nozzle, creating a slipstream. 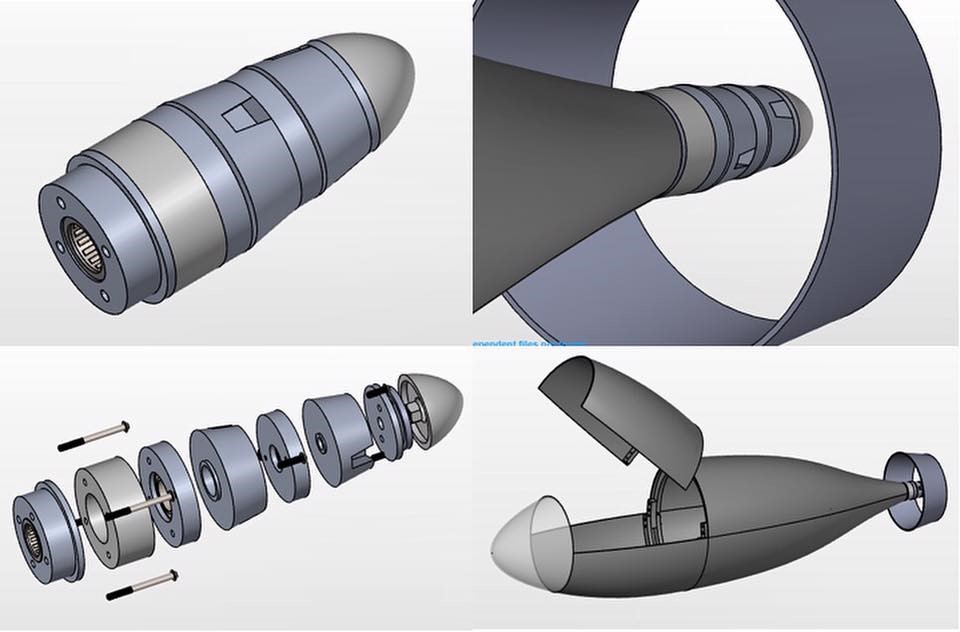 A Kort Nozzle at the end of the craft allows for more efficient power delivery.

Race your own personal submarine

International free-flooded submarine races take place biennially in both the US and in Europe. Each country takes turns hosting the races, similar to the Summer and Winter Olympics. The ISR and the eISR are non-affiliated organisations that strive to promote STEM fields to thousands of young people. The rules are simple: design a one or two-person free-flooded submarine that can navigate a course. Propulsion and guidance mechanisms must be manually controlled by the diver (no batteries, flywheels, or servos allowed). The designs aren’t restricted to any general shape, but teams need to take hydrodynamics into account in order to get the lowest friction and better handling. 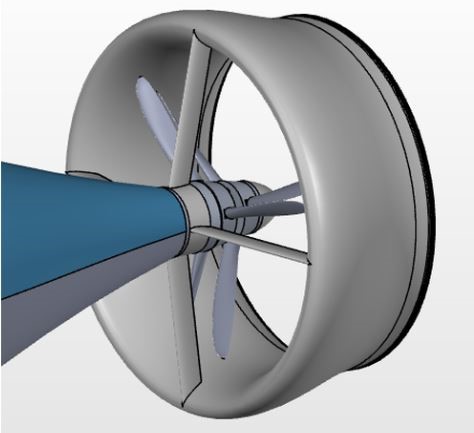