In reality two parts coming in contact with each other will not have a perfect contact due to factors such as surface roughness and tolerances and therefore, there will be air pockets trapped between the part which will affect the overall thermal coefficient. Even if these effects are negligible, most of the time, the parts are bonded together with a thermal adhesive or thermal glue which has a different conductance coefficient that is not negligible.

The effects of this middle layer, can be inserted into your model with defining a local contact set of “Thermal resistance”. The thermal resistance coefficient can be found either experimentally or from the properties of the glue used based on factors such as its thickness or working temperature.

In the example below, we are defining a contact set of thermal resistance between the two touching faces. The resistance can be specified either using the total conductance or a distributed conductance per unit area. For the example below, we are using a special layer of Arctic Silver to bond the two parts with a thickness of 25 micrometer, which has a conductance of 350,000 W/m^2K. Therefore, the thermal resistance will be the inverse of this number which is 2.857e-6 m^2K/W. 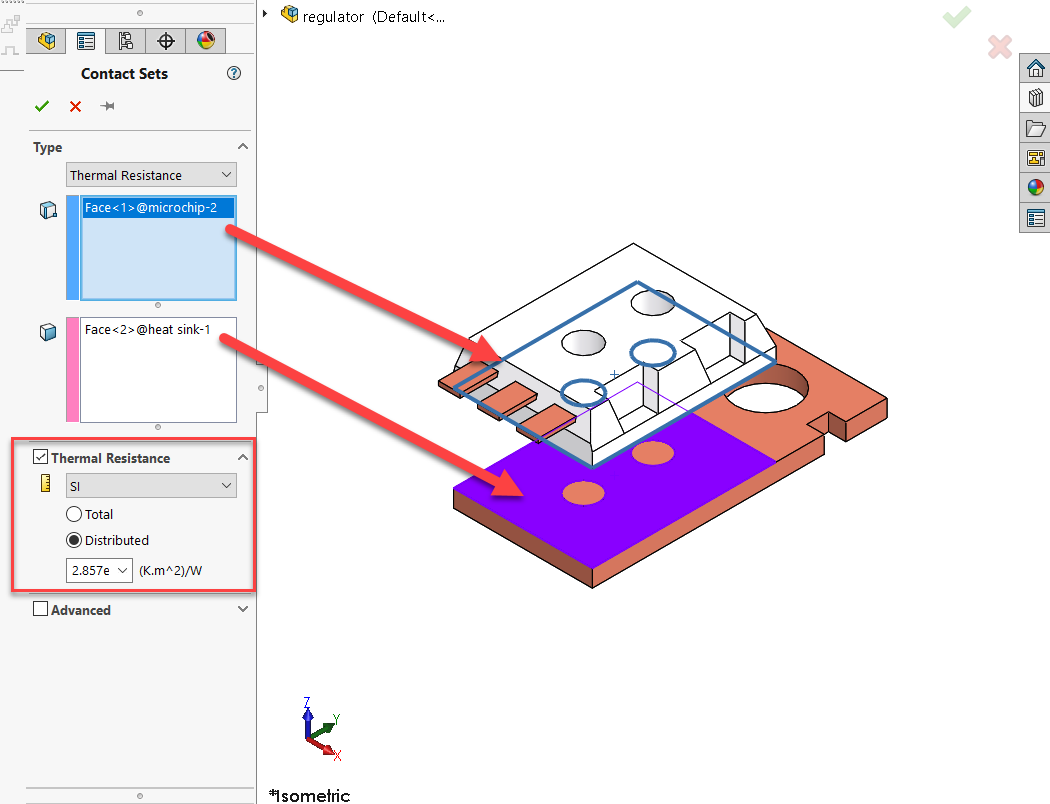 Get Ready for SOLIDWORKS 2022 with an Update Guide

How to use Thermal Radiation in SOLIDWORKS Simulation

How to make more Informed Engineering Decisions with Cloud based Analysis