Mating components together in a SOLIDWORKS assembly? Frequent use of the SOLIDWORKS mate pop-up toolbar can often save you much time and mousing!

The mate pop-up toolbar is not quite as intelligent as the mate manager. For example, the mate manager will usually predict when a Parallel mate is appropriate instead of a Coincident mate, when clearance is required between the selected entities. As of the time this article was written, the mate pop-up toolbar is not as intuitive as the mate manager, and may suggest a Coincident mate anyway, even though that may cause an over-constraint in the assembly. However, that often doesn’t matter if, as the designer, we are aware of the assembly constraints and design intent, and would know to use a Parallel mate instead.

Here is one of those ergonomic perks of SOLIDWORKS: the Mates pop-up toolbar.  This article explains how to use it to increase productivity while reducing wrist strain.

Ever notice that this SOLIDWORKS toolbar pops up right next to your mouse pointer as soon as you pre-select the entities you want while holding down Ctrl?

How to use the mate pop-up toolbar: 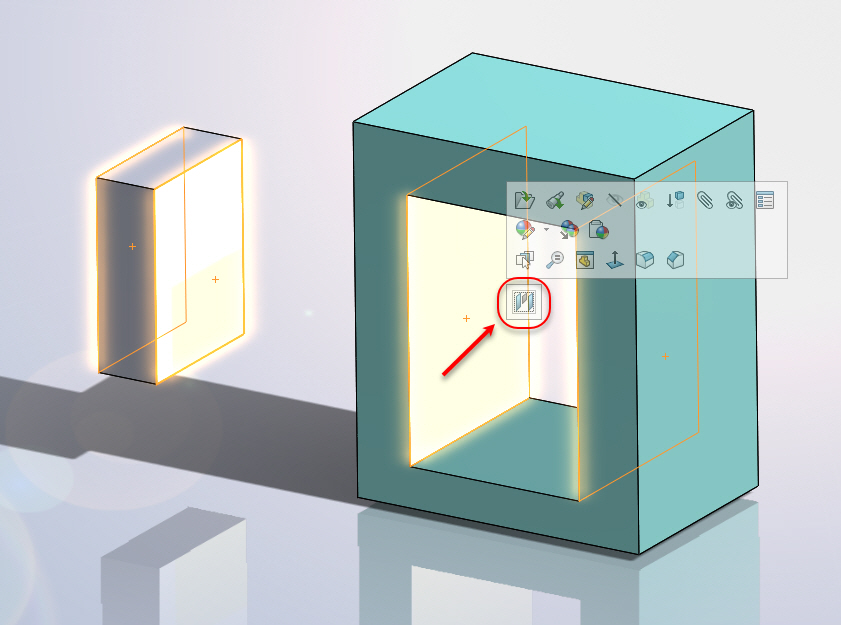 Just finished pre-selecting the fourth face for a width mate, and mate pop-up toolbar appears, not quite solid. If I mouse too far away, it will vanish! Here it is suggesting a width mate.

This toolbar has some pros and cons compared to the Mate manager. 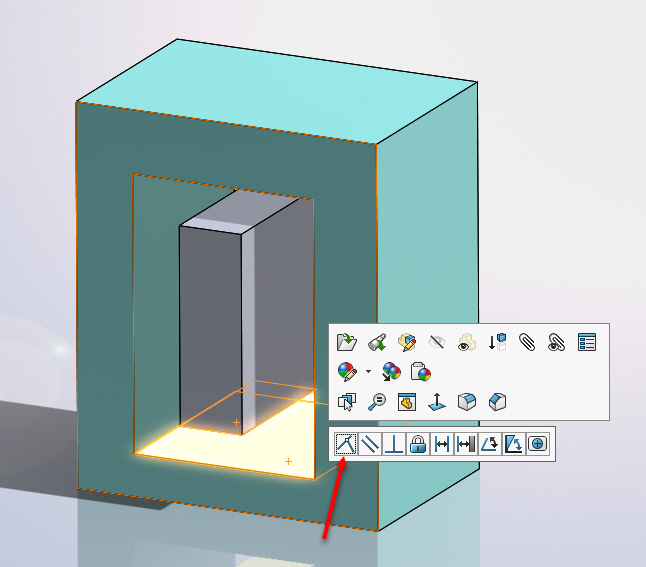 The mates pop-up toolbar will usually guess Coincident instead of Parallel, but you still have the final say.

We can compare the speed and ease of the mate pop-up toolbar against the Mate Manager which is sometimes more intelligent but usually more cumbersome to use. Try setting up the same Width mate using the Mate Manager, and it becomes apparent how much more work is involved.

Posts related to 'Are you using the SOLIDWORKS Mate Pop-up Toolbar?'