How to access “Where Used” functionality without SOLIDWORKS PDM

Do you have a SOLIDWORKS part file that you need to see all the places where it is being used? With SOLIDWORKS PDM this would be an easy operation but what if you do not have SOLIDWORKS PDM? In this blog I am going to show you how to see where SOLIDWORKS Part files and Subassemblies are used all within your windows files explorer.

In order to show this, I am going to be using this part file shown below, Where Am I Used.SLDPRT, that is being used in an undisclosed number of assemblies and drawings. We are going to use core SOLIDWORKS tools to find where the part file is being used. 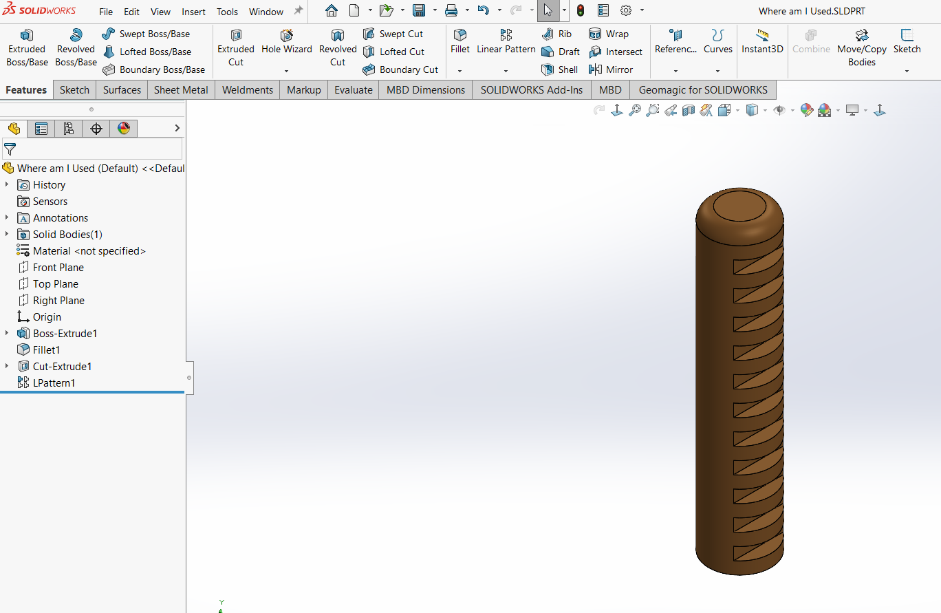 Select a Folder or Drive for Searching

The first step is to go to the file location of the part or subassembly where you want to find out where it is being used. Right click the file and go SOLIDWORKS > File Locations. 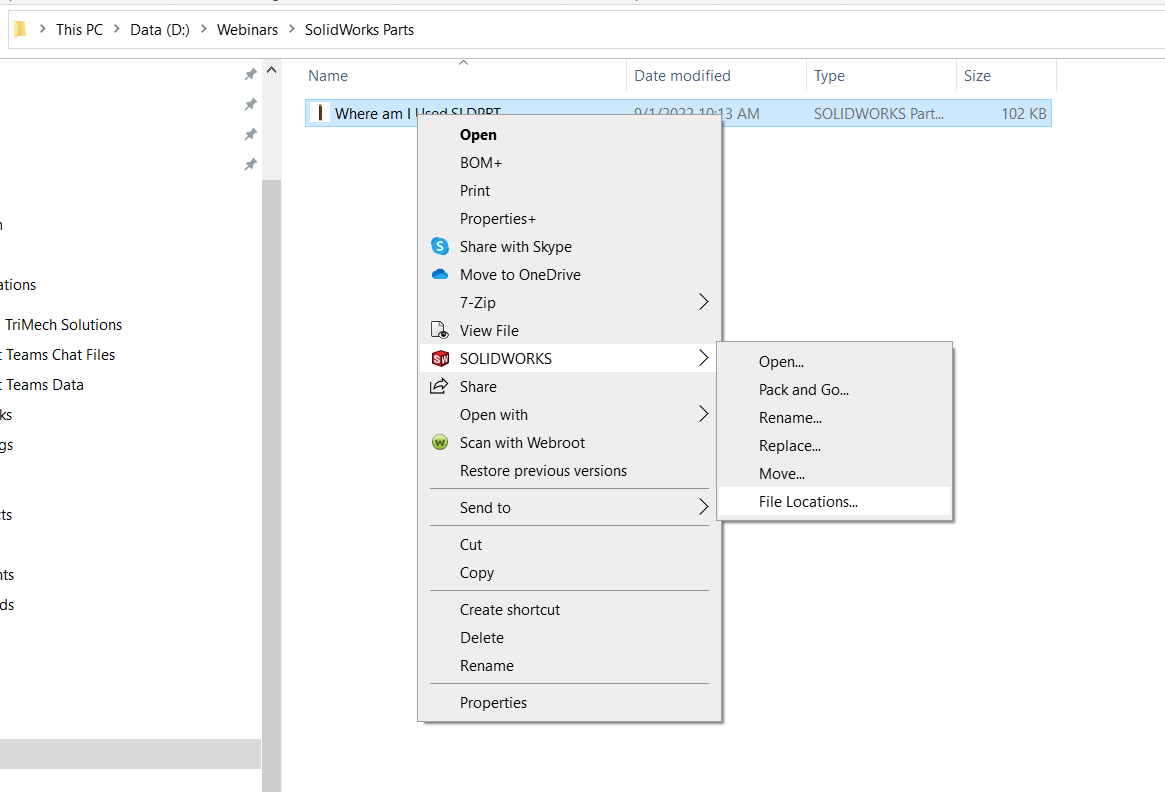 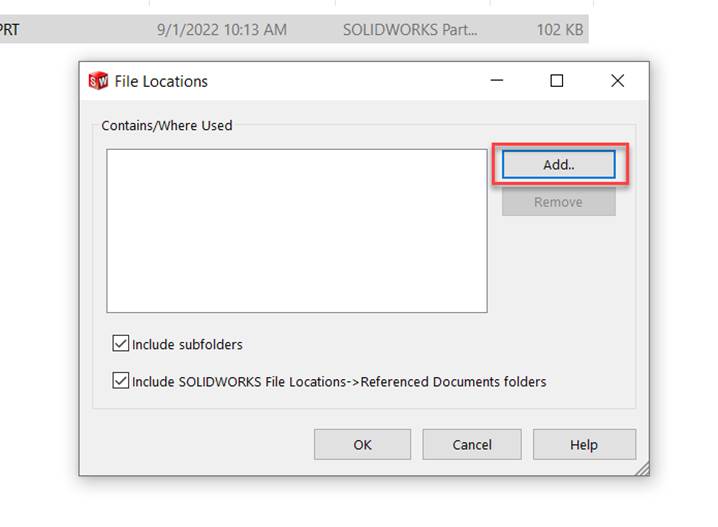 A “Browser For Folder” window will then appear. Select a folder you want to search through to see where the part is being used and click OK. I am selecting my main folder the Data D: drive in this example so it searches through all my folders on that drive. 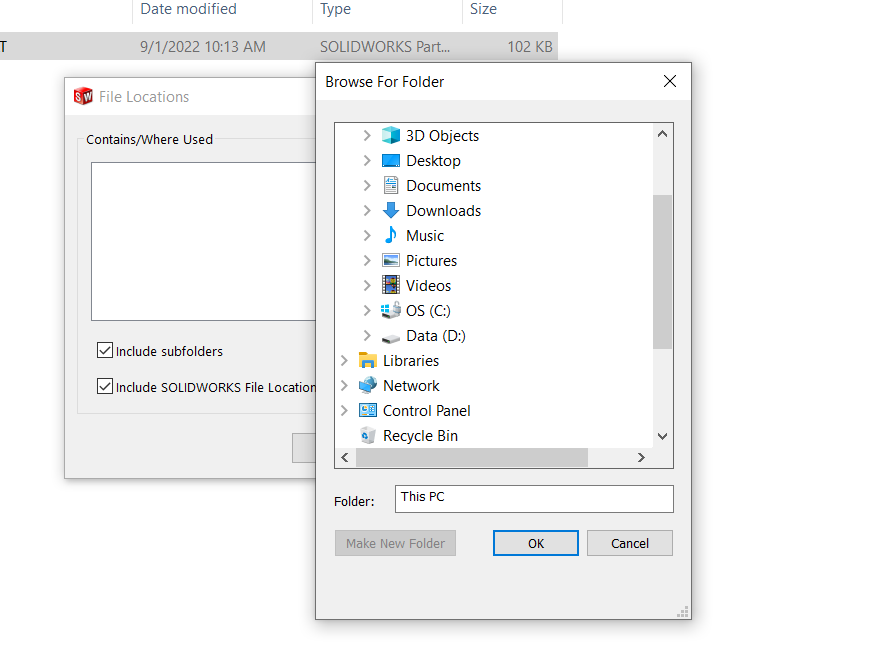 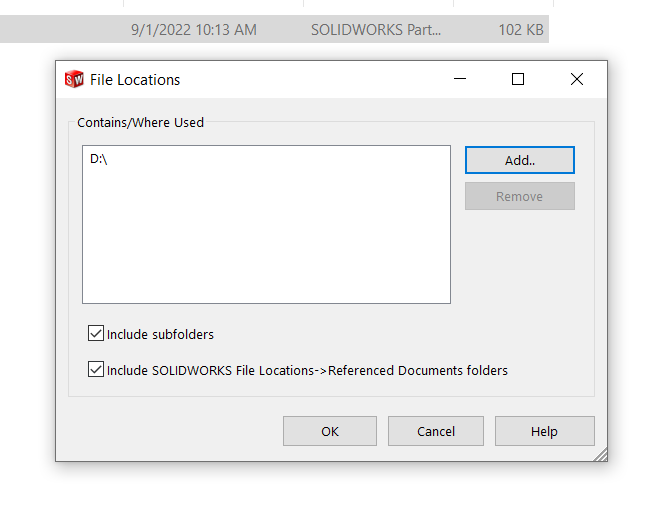 From here, Right Click on the part or subassembly file again and this time go to SOLIDWORKS > and either Rename… Replace… or Move. 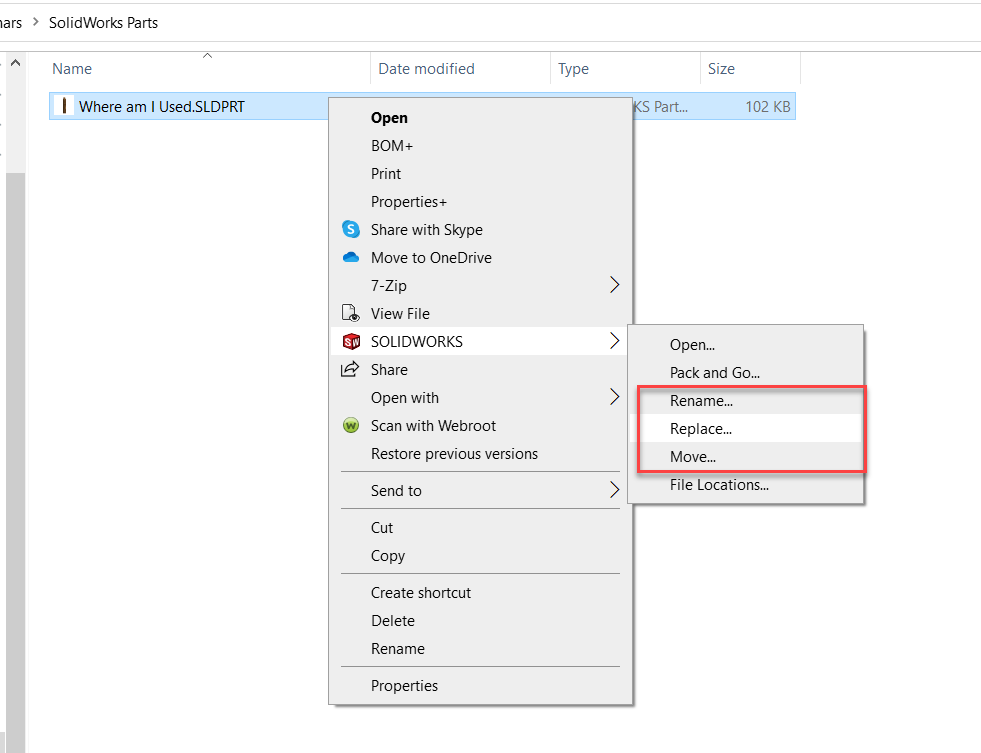 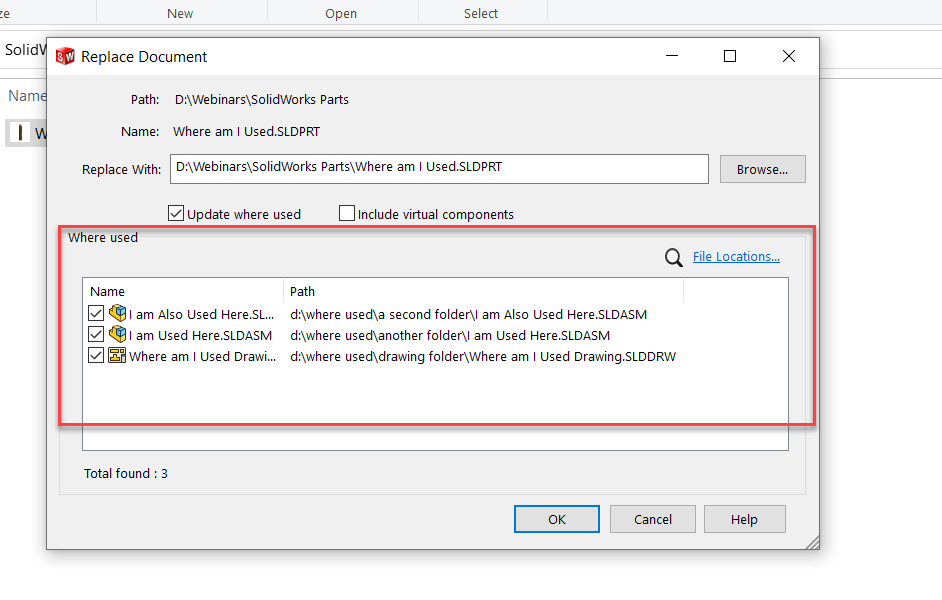 As shown, the ‘Where am I Used.SLDPRT’, is used in three separate locations. Two assemblies and one drawing.

If you have a general idea of where your part is being used, make sure you narrow the search folder down to a more centralized location rather than using a Drive folder like I did in this example. This will speed up your process in searching for files using the part.

Next time you are struggling finding where all the places a part file or a subassembly are being used, hopefully you will remember this tip and will find it with ease. Again, this is for users without PDM. PDM has its own built-in functionality that can easily show you a treehouse view of where your files are used and being used.

Attend a live SOLIDWORKS online training course from Javelin to learn anything and everything about SOLIDWORKS software.