For Santa Cruz Bicycles (Santa Cruz), a bike is more than just a way to get from one place to another. A Santa Cruz bike is the embodiment of the company’s goal to build the world’s highest performing mountain bikes, guiding riders over rough terrain and on to new vistas. It’s the company’s spirit of innovation that makes this vision a reality. 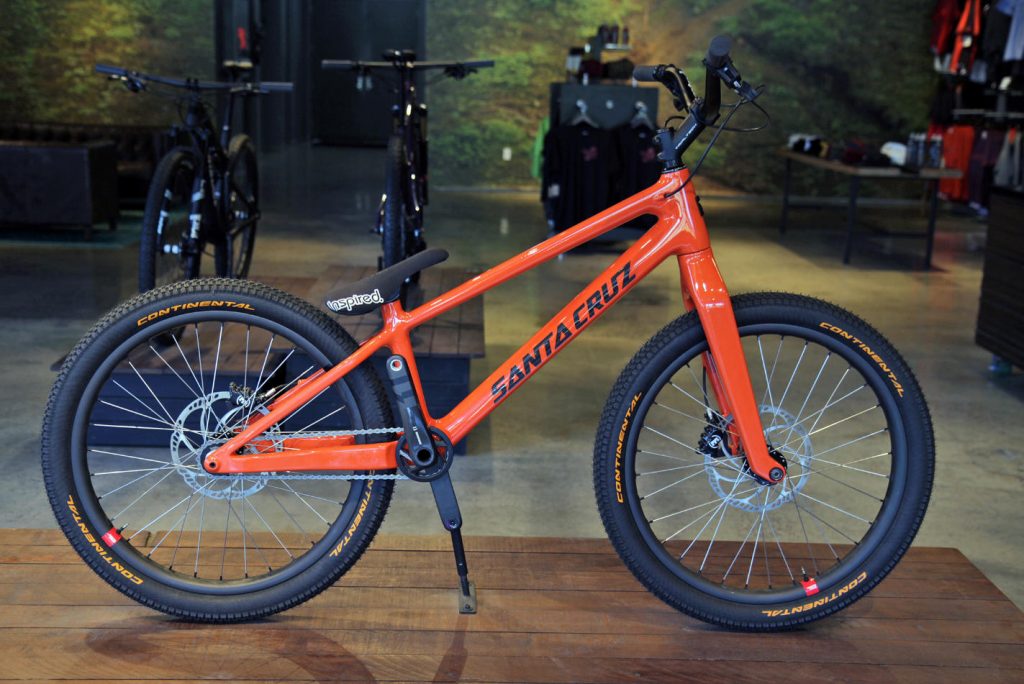 One admirer is professional street trials and mountain bike cyclist Danny MacAskill, who asked Santa Cruz to make a custom trials bike for him. The dilemma, however, was that this would be a one off design, made to Danny’s specifications. Many Santa Cruz bikes use carbon-fiber frames, making them strong but lightweight. The stiff frames and robust components let riders traverse terrain typically considered passable only by sure-footed mountain goats. That reputation is what draws mountain biking enthusiasts to Santa Cruz bikes.

Since Santa Cruz carbon-fiber bikes are mass produced in Asia, it posed a challenge in how to design and produce the carbon-fiber frame in-house on a tight timeline.

“Developing Danny’s bike was really uncharted territory for us,” said Santa Cruz design director Geoff Casey. “We’d never really made anything like that before in-house and determining the timeline to bring something like that to market was one of the biggest challenges because were were trying so many new and different things that we’d never done before.”

Santa Cruz R&D manager Nic McCrae added, “What we were trying to achieve is something that’s exactly on Danny’s specs, that would be as tough as possible and be an R&D platform for us to experiment with different techniques and manufacturing technology.”

Concepts for the design were fleshed out with 3D printed frames, giving designers a much faster way to visualize and ideate various design ideas.

“Having a real frame 3D printed in person is really helpful for us because we can see what we need to change without making a carbon tool and a real frame, which takes a lot of time and money,”

“It’s so nice to feel the frame in your hand and see the tube proportions in person. You just can’t get that from seeing it on a screen,” he added.

But once the design was set, the challenge of producing it in carbon fiber remained, requiring a completely new set of tools and molds. McCrae and his team overcame that problem by again turning to 3D printing. Using ULTEM™ 1010 resin material, McCrae fashioned 3D printed mandrels that formed the basis for mold tooling used to make the carbon fiber frame. 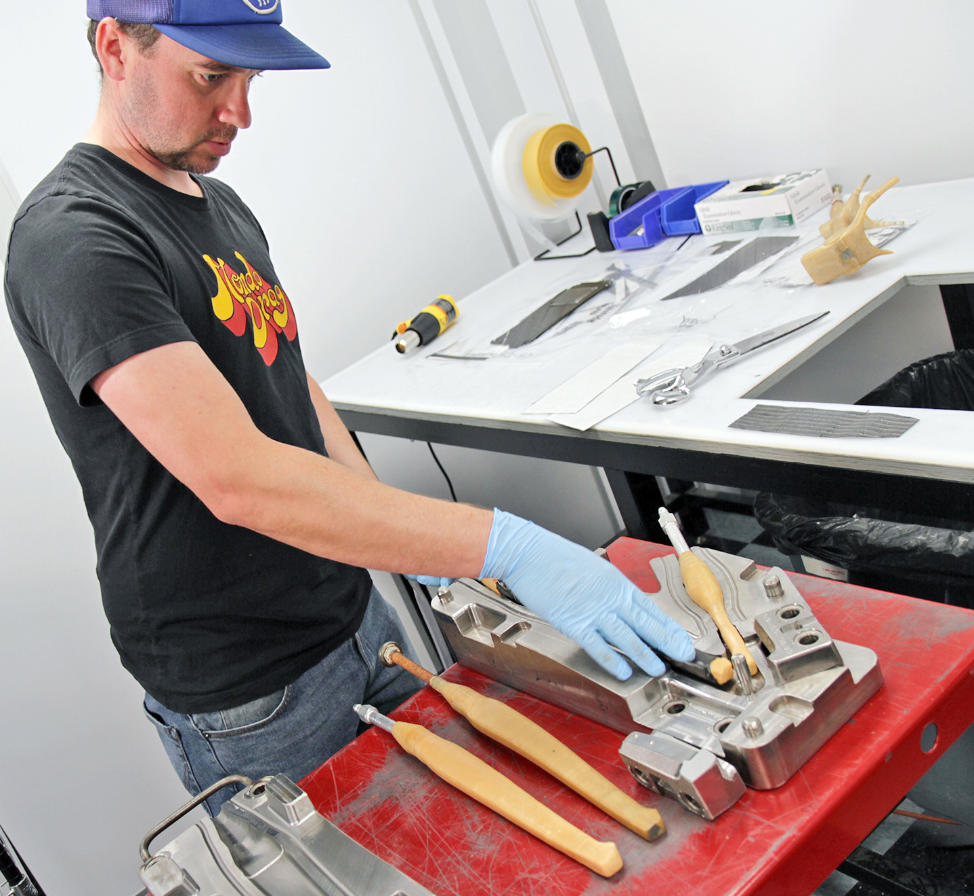 McCrae explained, “ULTEM 1010 resin helped us create latex bladders that are incredibly precise. They open up the design space to shapes that are traditionally very hard to machine, or would require multiple set-ups on a five-axis machine, which means time and money.” Not only did this save on cost but it meant Santa Cruz could meet their production timeline. McCrae continued, “With those (tools) we could turn around a design in just a matter of hours, iterate on the shapes and go from CAD to ridable prototype in a matter of weeks.”

Santa Cruz worked with Stratasys to develop the initial tools to create Danny’s bike, but soon bought their own Fortus 450mc™ 3D Printer. “Because of the great results with the Danny bike project, we actually decided to purchase a Fortus 450mc machine with nylon 12 carbon fiber and ULTEM 1010 resin capabilities,” said McCrae. From there it was only a matter of time before the Santa Cruz team expanded 3D printing’s application, covering the spectrum from concept modeling and prototyping to composite tooling to jigs and fixtures. “We’re actually running the printer on a daily basis,” said McCrae. He added that not only does the design and engineering department use 3D printing but so does the test lab. Parts for test fixtures and fatigue-test and impact machines “use carbon fiber filled nylon a lot,” he added. 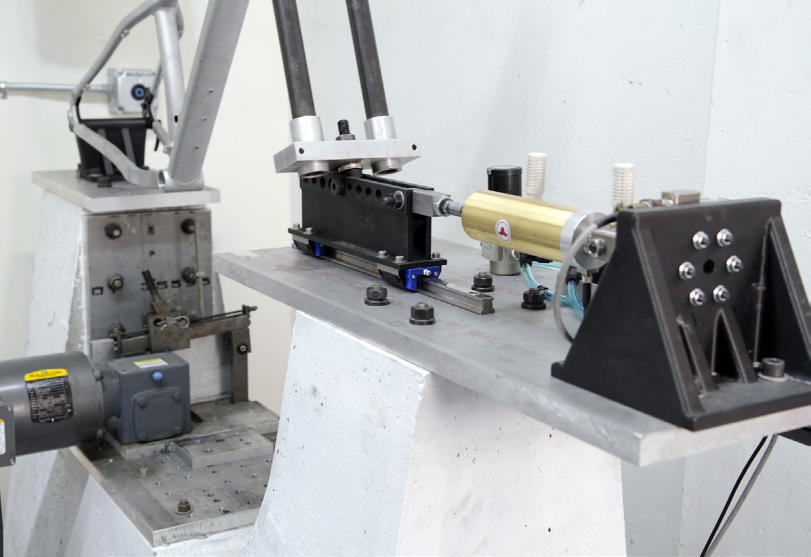 “I feel like we’ll be able to utilize the vast array of technologies that Stratasys offers and in the end, just develop better bikes quicker, in a more efficient way, and put better products out there for people to enjoy,” said McCrae.