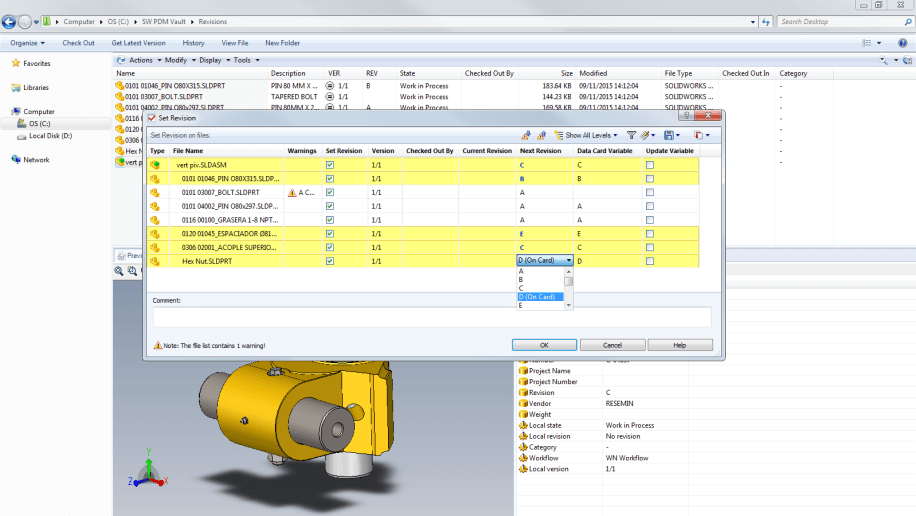 In this article I will focus on a SOLIDWORKS PDM Standard and Professional comparison so you can decide which offering best suits your needs.

The table below highlights the features included with the Standard and Professional versions of SOLIDWORKS PDM.

Here are answers to frequently asked questions about the two PDM products:

What is the difference between SQL versions?

This Microsoft article provides a comparison between SQL Express used for the PDM Standard version and SQL Standard used on the PDM Professional version. The important thing to note is the limit of the database of 10 GB on SQL Express. This may prove to be an issue for larger vaults.

Yes, but any feature (i.e. Transition Action for Executing a Task or replication settings) that is not supported by SOLIDWORKS PDM Standard must be removed from the export file before it can be imported.

What kind of support for PDF files is available in SOLIDWORKS PDM Standard?

PDF files will be able to be managed in SOLIDWORKS PDM Standard, however since Tasks, Add-ins and API support is not included, no automated creation of PDFs will be possible. In addition, viewing PDF files will not be possible via the View File menu or in the Windows Explorer Preview tab.

Here are a list of the main advantages of using the PDM Professional version: