Linear pattern feature performance is improved for SOLIDWORKS 2017, especially when the number of instances is large. In SOLIDWORKS 2016 and prior releases the Pattern Feature takes in some cases over 30% longer to rebuild. This performance boost holds true even for seed features such as extrude boss/cut with simple circular or rectangular profiles. 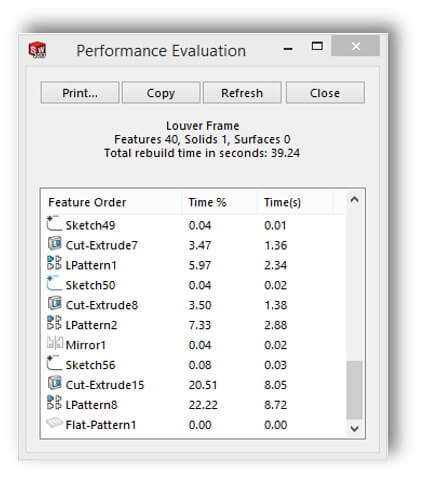 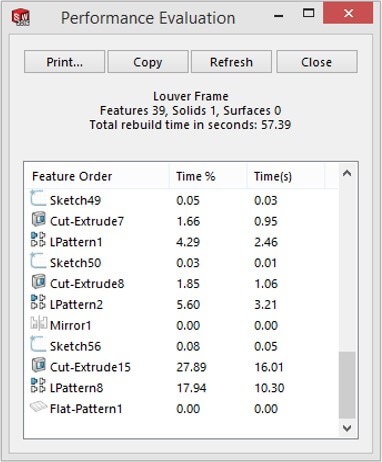