eDrawings is THE Tool for Viewing CAD Documents!

In SOLIDWORKS 2017 the eDrawings tool went from being a SOLIDWORKS viewer to a full on CAD viewer, gaining capabilities to support more file formats, along with many more improvements in that upgrade!

We can import these following file formats:

With eDrawings 2018, the capabilities grow even larger!

Starting with decals, now SOLIDWORKS has the option to store decals with the file which in turn means that eDrawings files will open and accurately represent any decals on that part! 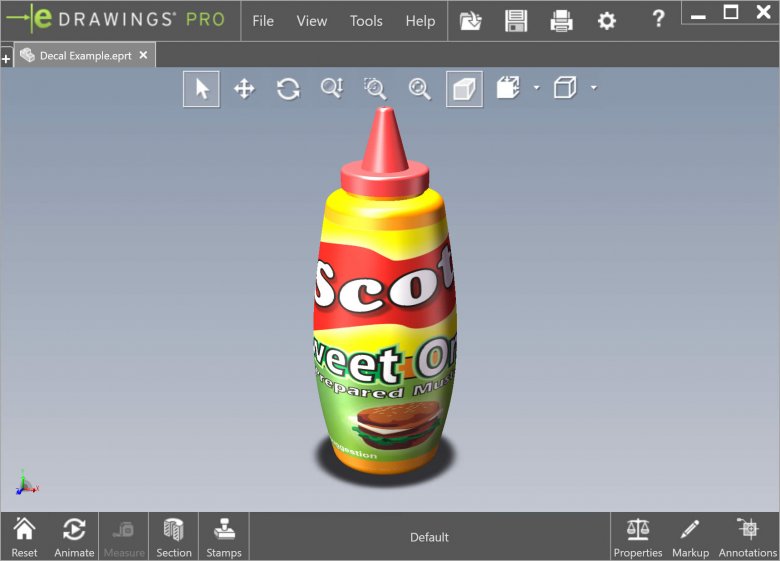 Along with the visuals, eDrawings gets new performance enhancements with graphics boost shown in the screenshot below:

There are also other key enhancements to 2018 such as:

With these great new enhancements eDrawings 2018 will allow you to communicate your designs faster and collaborate with ease!

Posts related to 'eDrawings is THE Tool for Viewing CAD Documents!'

Sam has been working with 3D CAD software for over 5 years, and is always looking to solve complex design problems. Sam has trained a number of designers on using Solidworks and has applied it to their specific industry.