Previously there were four additional columns showing mouse gesture assignments for part, assembly, drawings and sketch. Now these four columns have been replaced with a visual mouse gesture guide window, customizing mouse gestures has been made much faster and easier. 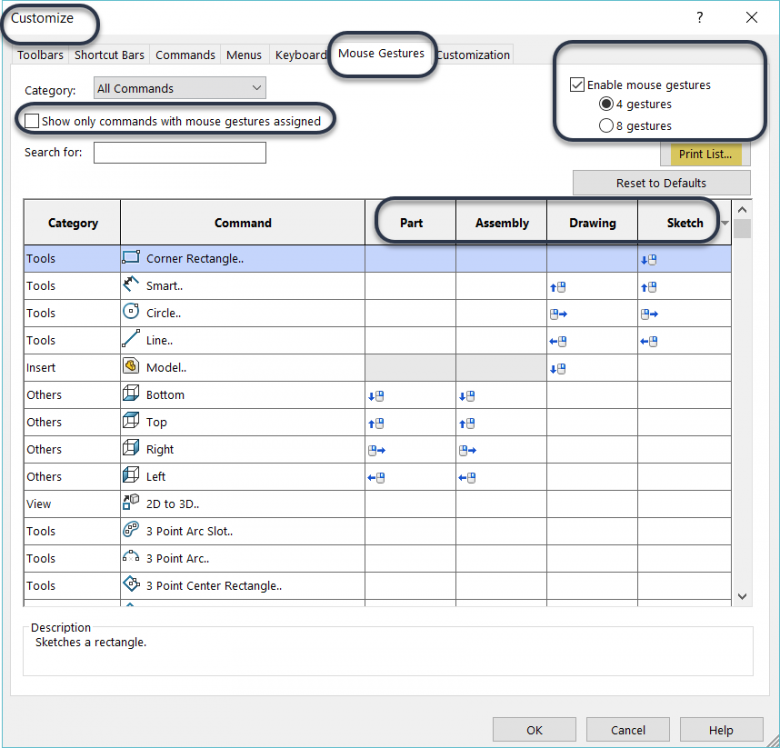 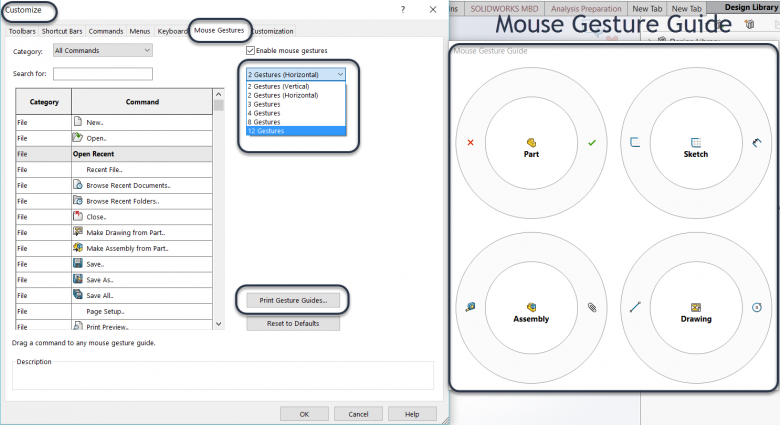 Last but not the least, icons have been added for several commands which were previously displayed as text on the Mouse Gesture Wheel. List of Commands with Mouse Gesture Wheel Icons in SOLIDWORKS 2018

Getting Started with the SOLIDWORKS Admin Portal

Vip is a Certified SOLIDWORKS Professional (CSWP) and is based in our Oakville Ontario head office.