New in SOLIDWORKS PDM Standard 2018, is the ability to run Convert to PDF on SOLIDWORKS Drawings. This is enabled through PDM Tasks.

Tasks are used to automate procedures, that are performed regularly. The Convert Task in SOLIDWORKS PDM Standard, automates the process of creating PDFs of SOLIDWORKS Drawings. This Task uses the same mechanics that saves a PDF in SOLIDWORKS, but requires little or no user interaction. Tasks are configured through the SOLIDWORKS PDM Administration. 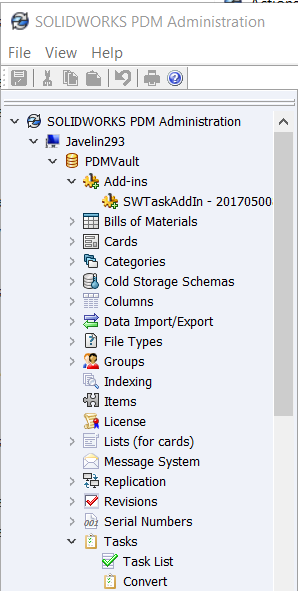 The Convert task itself, can be installed when the vault was created. If this was not done, the Task can Imported. 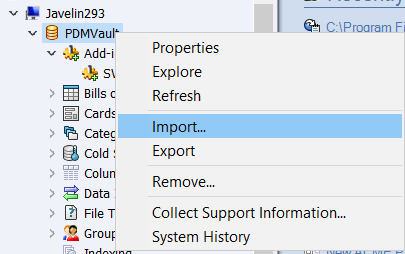 The Convert Task to be Imported, is located in the PDM installation directory, in the Default Data folder.

The Administration Guide that is available from the Help pull-down in SOLIDWORKS PDM Administration, describes in detail how to configure a Task. In summary, there eight sections that need to defined. 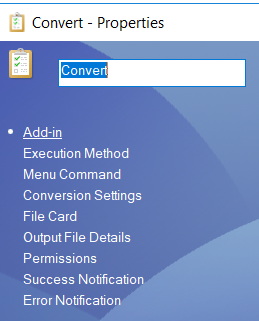 Once the Convert Task has been configured, it can be launched from the right-mouse menu, of the Local Vault View. 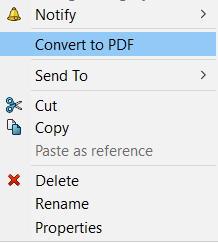 A Task can also be launched through a Workflow Transition Action.

NOTE: Before a Task can be launched on a computer, Task Host Configuration must first be enabled, on that computer.