SOLIDWORKS Simulation performance has been improved for the 2019 release as it now relies on the latest Intel Parallel Studio XE 2018, replacing previous Intel Fortran compilers used (MKL and MPI).  These are used for the code preparing data for FFEPlus, Direct Sparse and Intel Direct Sparse solvers and then to compute strain and stresses.  This should improve overall stability and performance with these solvers (does not affect Large Problem Direct Sparse). 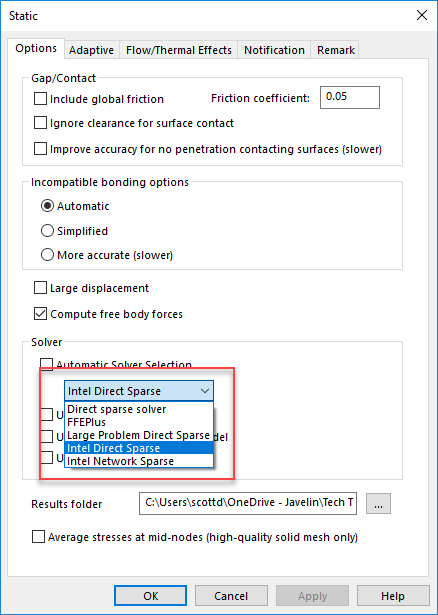