SOLIDWORKS 2020 assembly performance has been improved when working with older version files.  Previously, components not upgraded to the latest release caused longer open and save times. 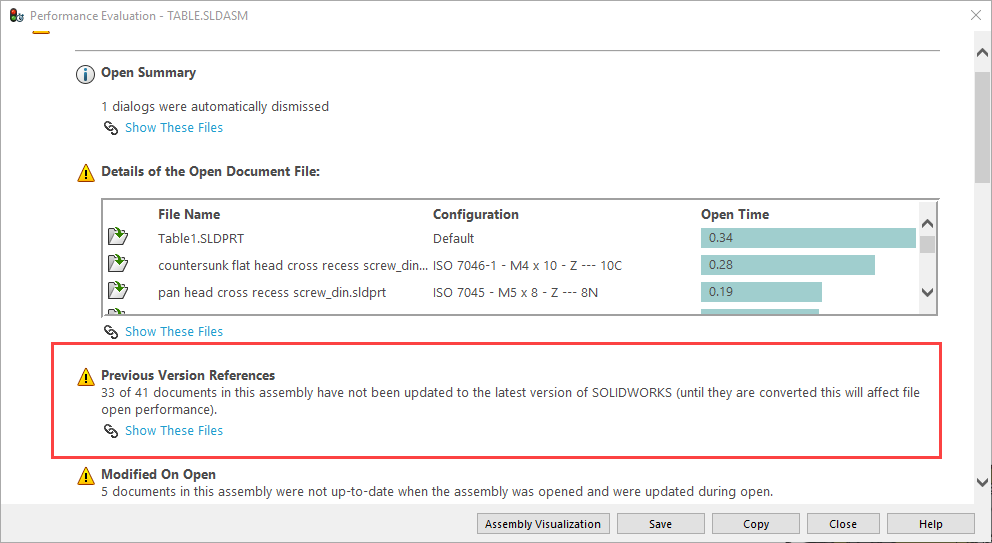 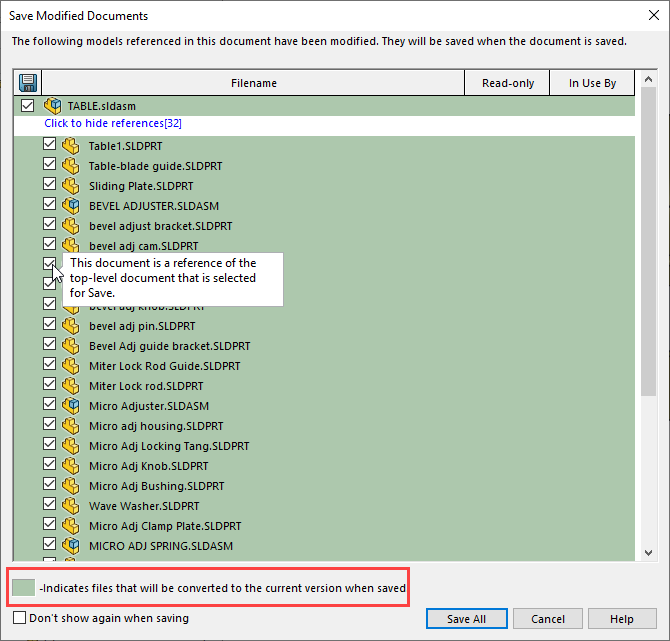 SOLIDWORKS 2019 Save As to Current Version

In SOLIDWORKS 2020, there is a new option under System Options > External References called ‘Force referenced document to save to current major version‘.  By default this is enabled so it acts like previous versions.  However if you deselect the option, the referenced documents will no longer save to the the current version. 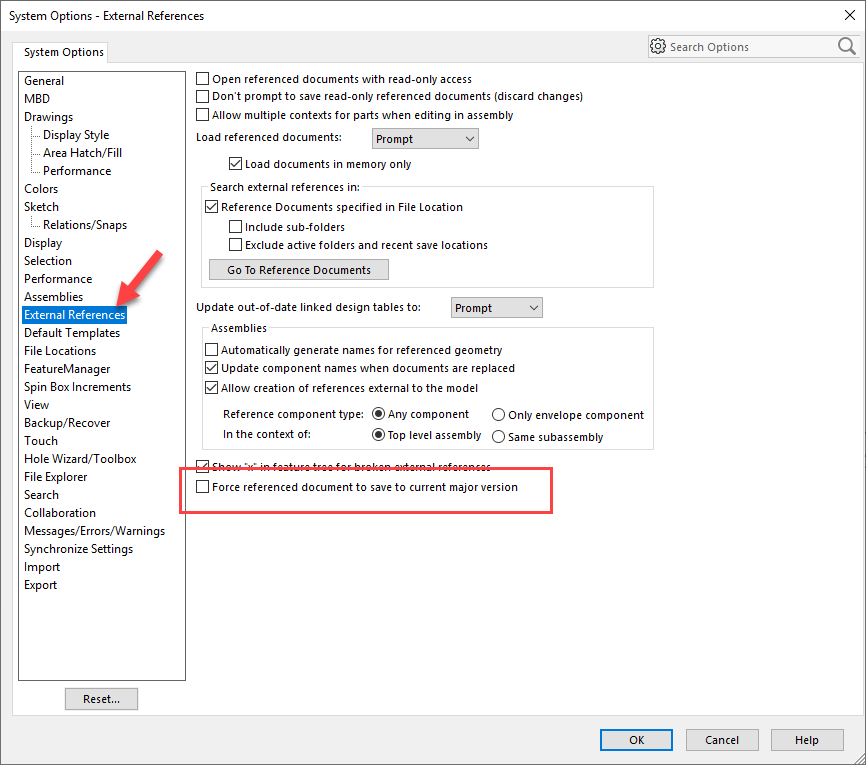 Now saving the same assembly in SOLIDWORKS 2020 will no longer save all the referenced files. 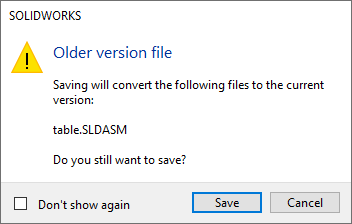 SOLIDWORKS 2020 Save Assembly without Referenced Files

This allows you to keep referenced components in an earlier version and can eliminate the need to bulk upgrade files to a newer version for best performance using the PDM File Version Upgrade Utility or Task Scheduler Convert Files task.

NOTE: If a referenced part or sub-assembly requires a rebuild on opening the assembly (i.e. in-context relations that are updated), it will require saving which will upgrade to the newer version.  These components will show up in the Save dialog.